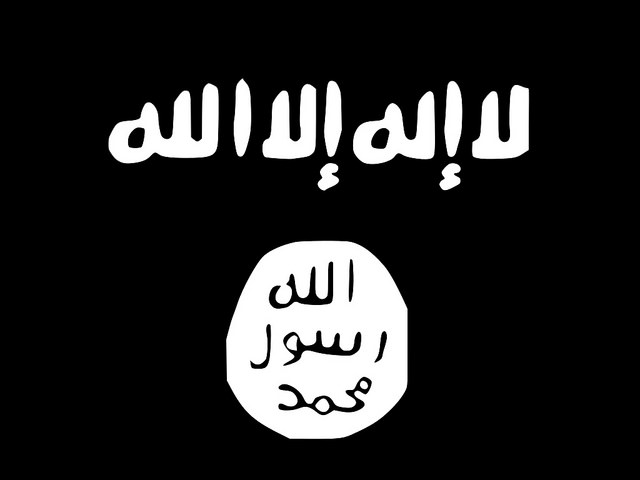 It is no secret that the Islamic State of Iraq and the Levant (ISIL) makes about $1 million per day selling petrol from the oilfields it had captured during its striking advances in Iraq and Syria over the past three years. Much less discussed in the mainstream media is ISIL’s other source of income: looted antiquities.

The scope and depth of this business should not be underestimated. Currently, ISIL controls more than 4, 500 archeological sites solely in Iraq, some of them classified under the UNESCO World Heritage label. Satellite images of the ancient city of Apamea, located in Syria and founded by one of Alexander the Great’s generals, reveal the intensity of the looting activities. The business is so thriving that it actually became the second source of ISIL’s funding. According to files retrieved by the Iraqi intelligence services last June, the group made as much as $36 million from the sales of antiquities found in al-Nabuk alone, an area located in the Qalamoun mountains. How does ISIL cash on this activity? What is the trade pattern? Who buys the looted artifacts?

Before answering these questions, it is key to understand that relying on smuggled antiquities for cash inflows is not new. The lawlessness created by the 2003 American invasion turned Iraq into a paradise for art traffickers. As soon as US forces entered Baghdad, looters rushed into the National Museum of Iraq and plundered its treasures. Furthermore, Thomas Livoti, PhD student at the University of Montana, indicates that Al Qaeda and the Taliban have always looted artifacts in order to fund their campaigns. Interestingly, this information reveals that networks of art looters and smugglers have been thriving in Iraq, Syria, and Afghanistan over the past decades. ISIL simply had to capitalize on these well-established organizations. Finally, it must also be clear that ISIL is not the only entity tapping into this business. A YouTube video records Syrian government forces placing statues from the ancient Roman Palmyra city (looters’ holes on this site can be seen in the picture above) into the back of a pick-up truck.

ISIL cashes in on looted antiquities in two ways. First, the group provides authorization to local inhabitants to loot archaeological sites it controls in exchange for a levy – a percentage of the monetary value of the objects found – based on the Islamic khums tax system. The khums specify that Muslims must pay to the state a predefined percentage of the value of the goods they retrieve from the soil. This percentage varies across ISIL’s territories. It reaches as high as 50% in the Raqqa region while it remains at 20% in the ISIL-held areas of the Aleppo province. Up to now, ISIL’s involvement in the trade of smuggled antiquities was thus financial. However, Sam Hardy, an archaeologist at the University College of London, warns that ISIL might very well be running the trafficking operations itself.

How does the trafficking network function? Once in the hands of ISIL or semiprofessional looters taxed by ISIL, the artifacts are either driven overland to Syria, with the final destination behind Turkey or Lebanon, or are sent to the Gulf States. Since Iraq and Syria are war-torn regions, border checks are practically nonexistent. When they arrive in Beirut or Ankara, the antiquities remain underground for a few months. Acquired by a middleman, they “reemerge” accompanied by fake export papers. These documents often contain vague information on the origin of the plundered object such as “Near East.” The intermediary then either sells the looted antiquities to a private art collector or send them to auction houses in Europe and the United States. Germany, and more precisely Munich, has become one of the hotspots for the trade of smuggled antiquities. Why? Germany has a Cultural Property Restitution Act which states that countries wanting to retrieve an object they believe to be part of their historical collections must prove that it indeed belong to them. However, lists detailing Syrian and Iraqi cultural and historical objects are practically nonexistent. To fill the void, the International Council of Museums (ICOM) recently published an Emergency Red List of Syrian Cultural Objects At Risk.

At the end of the day, the existence of a looted artifacts trade is fueled by the Western demand for Mesopotamian, Greek and Roman arts. As Michel Van Rijin, a famous antique artifacts smuggler, eloquently put it: “Many antique collectors unwillingly support terrorists like the Islamic State.” Between 2012 and 2013, US imports of Syrian and Iraqi cultural objects respectively surged by 134% and 492%. Even though most of the artifacts are copies, many originals make their way through the American and European Customs agencies under the label “handicrafts.” The number of plundered artifacts entering the US and European legal arts market is also likely to witness a sharp increase in the future years. As stated earlier, it takes months and sometimes even years to launder antiques.

What line of actions should be taken by governments, international organizations, and law enforcement agencies to limit the extent of this business? Targeting the supply side is for the moment impossible. Most Syrian and Iraqi archaeological sites are firmly in the hands of ISIL, the Syrian government forces, or other armed groups. As the 2003 Iraq War demonstrated, sending troops on the ground can actually make matters worse. It thus appears very unlikely that there will be a Middle East version of the “Monuments Men” in the near future. Rather, the line of actions is limited to the demand side. Local and international organizations like The Syrian Campaign are pushing for the UN Security Council to adopt a ban on the trade of undocumented Syrian and Iraqi artifacts. This would be a strong step forward, raising awareness and sending a powerful message to the international antique markets. The only problem is that looted antiquities usually have fake papers, enabling them to legally enter the US and European art networks. For the moment, the key response is to draw lists, like the one published by the ICOM, of looted artifacts in order to facilitate their identification by Customs and law enforcement agencies. Another important change must occur at the national level. European countries such as Germany and the US must implement tougher regulations to pinpoint smuggled antiques and return them to their true owners: the Syrian and Iraqi states. One way would be to seize objects that do not have proper and precise reference of origin on their documents.

No one should fall for the argument stating that buying artifacts is a way to protect them from the ravages of the conflicts in Syrian and Iraq. Despite being true, it overlooks the central role played by the demand side in funneling looting activities for profits. As long as the demand will be high, ISIL will grow richer thanks to its smuggling operations and tax system. Breaking it is thus essential to ensure the preservation of one of the Humanity birthplaces.