ISIS and the Sacred State 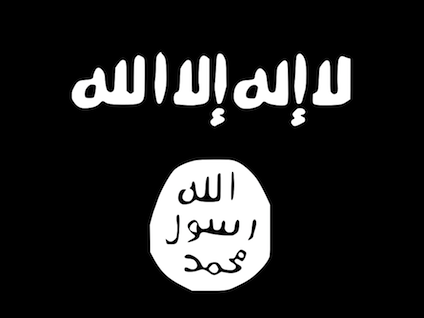 The expressed mission of ISIS is the creation of a caliphate to rule over the entire Muslim ummah, the entire Islamic community. Such a mission runs completely counter to the modern sovereign state regime because of its goal to transcend national and ethnic ties. To understand why ISIS is a harbinger of the fall of the modern sovereign state regime we must look first at the foundations of this regime and the foundations of the caliphate that ISIS has created. It should come as no surprise that many state leaders, especially ones from majority Muslim countries, have come to denounce ISIS, as the presence of ISIS controlling swaths of territory across state borders questions the very legitimacy of their positions.

The contemporary understanding of state sovereignty must be properly fleshed out in order to rightly illustrate the ways in which ISIS is a radical challenge to this mode of thought. It is most important to keep in mind that the modern conception of state sovereignty is not a universally held norm, but instead a construct that largely emerged out of a specific Christian European context. What evolved from the treaty that ended the sixteenth century religious wars in Europe, the Peace of Westphalia, was the idea that a plurality of religious sects within a political society provokes extreme violence among members of the different sects. The prescribed solution to such sectarian conflict was the privatization of religion and the erection of stricter borders and greater autonomy for states.[1] This led to the rise of the ethno-national European states that in turn spread their ideas of the “correct” relationship between religion and state throughout the world during the period of colonialism and then imperialism. With the collapse of the imperial order in the 1960s, new states were created and treated as “autonomous adults with full rights of sovereignty and liberty,” just like the older, more established states.[2] In order to prevent the rise of new imperialist states, borders are largely viewed as sacrosanct and territorial expansion is firmly condemned by international norms.

The proclamation of a new caliphate by ISIS confers a sense of Muslim obligation and the right to abrogate the strict borders dividing the ummah. Furthermore the concept of “territorial nationalism” with its emphasis on what is called national characteristics, which was discussed above, does not enjoy the support of many Muslim thinkers.[3] This is because the central concept of the ummah refers to the entire Muslim community, “regardless of their place of origin or abode, language, and ethnicity,” and underscores the need for unity amongst the diversity of believers.[4] The ummah, united under one sovereign authority and bound to uphold sharia, is considered by the major Islamic schools of jurisprudence to be the Muslim ideal, even if the caliph is a less than perfect figure.[5] This concept, though not realized since the days of the Rightly Guided Caliphs in the seventh century, strikes a deep chord in many Muslims and points to why ISIS has attracted so many followers willing to give up their national identity in the name of creating a caliphate. Because the ummah transcends national ties, the use of this term as a rallying call by ISIS throws into question the entire state sovereign system.

The fundamentalist view of Islam that ISIS trumpets threatens to overthrow the governments of Muslim societies because it recognizes that a good Muslim should not recognize a sovereign’s power above God’s. While there are claims for a complementary role between religion and politics in which they are supportive of each other, this doesn’t hold up to the simple logic of a fundamentalist who argues, “God typically is identified as the only proper recipient of allegiance…all other claimants to allegiance are idols.”[6] This statement may seem hyperbolic, but it should be taken very seriously because it demonstrates the viewpoint of fundamentalist Muslims, including those who make up ISIS. Contemporary democratic nation-states make claims to sovereign authority above religious beliefs, conforming with the Lockean belief that “permission to act in accord with your religious convictions extends only as far as the persons identifying the core interests of the state say it may.”[7] For them there is no reason for the split between religion and their sovereign since the Prophet led the ummah, thus enjoining religion and politics at the very founding of the Muslim religion, and left his successors (caliphs) to hold his place as the political heads of the ummah. The claims of national citizenship bear no sacramental reality in this conception of Islam, and this is dramatically visible in the burning of passports by newly joined ISIS members. The ummah on the other hand holds a spiritual claim over devout Muslims that emphasizes the importance of a community above all else.

The UN Declaration of Human Rights in 1945 gave impetus to a growing norm that gross violations of human rights warrant international intervention, which portends that if ISIS is not ultimately eradicated as a territorial entity, international human rights norms will take a grave blow. ISIS openly flaunts human rights violations, as their blatant attempt to eradicate the Yazidis of Iraq in their assault of Mount Sinjar demonstrated to the world. It is no wonder then that US President Barack Obama described the group as a “cancer”, thus offering the dark vision that ISIS’s continued existence infects the wider world with the idea that human rights violators face little retributive justice in an anarchic world order.

Although ISIS consolidated territory and holds the authority and allegiance of those living under it, which would qualify ISIS with de facto state sovereignty over the region it controls, the very fact that ISIS’s aims and methods are anathema to the Westphalian conception of sovereignty means that it will never be granted international recognition which is the final condition for entry into the global community. Therefore ISIS can be considered outside any of the traditional rights and responsibilities associated with a state in the negative sovereignty concept and will instead be treated like the cancer it is defamed as and destroyed as quickly as the international community can assemble the necessary boots on the ground.

Living under the caliphate that ISIS projects to build represents an opportunity for Muslims to reject the statist claims of their sovereign authority and join in an idealized struggle to implement God’s law, the sharia, upon God’s community, the ummah. That ISIS succeeded in cementing its caliphate across the territorial boundaries of two sovereign states bears witness to the emergence of a new kind of sacred political organization that rejects the contemporary view of unique ethno-nationalist characteristics as the justification for statehood.

[2] John Kelsay, “Challenges to Sovereignty and the Just Conduct of War,” The Sacred and the Sovereign: Religion and International Politics (Washington, D.C.: Georgetown UP, 2003), 123.