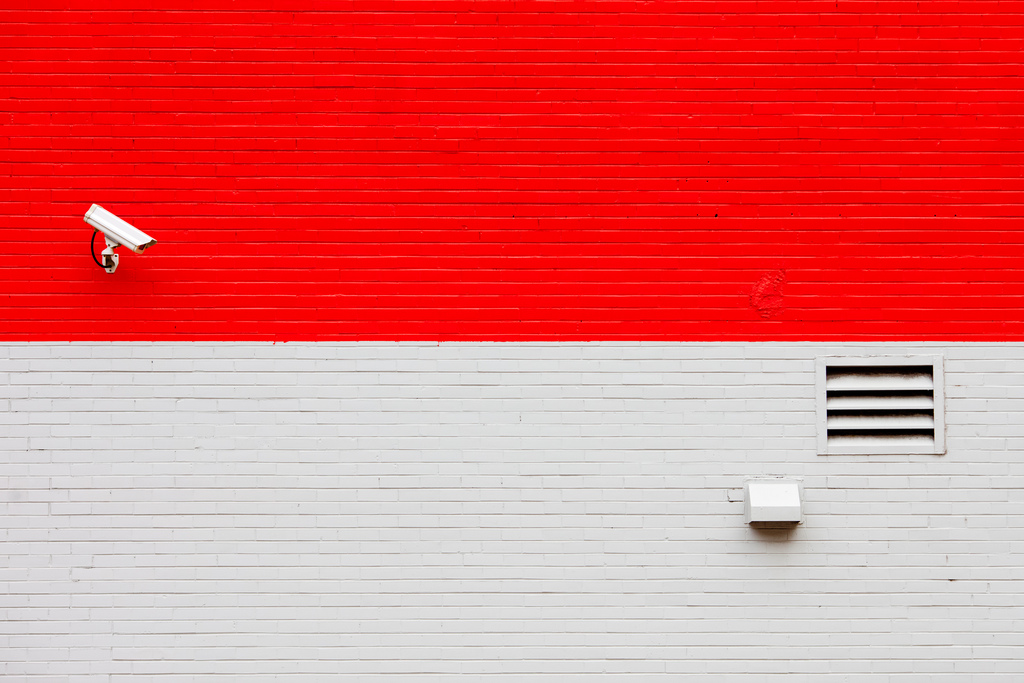 Conventional twenty-first century stereotypes on issues of national security hinge heavily on the image of a bearded Muslim man who sees no difference between man, woman, or child; innocent or involved. We no longer need to conjure up images of Bigfoot to scare children to bed because now we overwhelm them with actual images of foreign threats during their waking hours. Since 9/11, Western media has rarely stopped to think before making accusations and jumping to conclusions after the appearance of a terrorist attack. In the recent attack on Westminster, neither Donald Trump nor the Daily Mail hesitated before jumping to attack Muslim Mayor Sadiq Khan, blaming the attack on perpetrator Khalid Masood’s religion despite his past in violent and drug-related crimes before converting to Islam.

Their response contrasts dramatically with the Mail’s reaction to the shooting of MP Jo Cox by a white, 53 year-old Neo-Nazi man last year, when the news did not even make the front page. After the Planned Parenthood shooting in Colorado Springs in November, where Robert Dear shot 12 people inside the clinic, killing 3, the New York Times called him a, “gentle loner who occasionally unleashed violent acts towards neighbors and women he knew.” It is the comparatively underwhelming, subdued reactions from the media to terrorist attacks by white men that has in part allowed for the advent of a dominant ‘radical Islam’ narrative and consequently, a rise in Islamophobia and an increase in hate crimes against Muslims.

The failed attempt to institute a Muslim ban on the entrance of citizens from seven Middle Eastern countries to the U.S. for ‘national security’ came despite the fact terrorism by Muslims accounts for 0.003% of all murders in the States. In fact, 11,000 Americans were killed by guns in 2016, yet the position of the new administration so far has been to loosen gun market restrictions further. Despite the U.S. (with 5% of the world’s population) having had 31% of the world’s mass shootings since 1966 – of which an extremely minimal amount were perpetrated by Muslims – fingers are constantly pointed towards foreign sources. Not only is this an inaccurate portrayal of the situation, but the vast majority of terrorist cases have been perpetrated by white American men. In fact, every single one of the 13 jihadist terrorists that have conducted a lethal attack in the U.S. since 9/11 was an American citizen or legal resident (including a white Texas man).

Video games, Hollywood movies, mainstream television and print media have all jumped on the fear factor bandwagon, churning out material convincing Americans (and the world) that Islam and the West are diametrically opposed forces, locked in a fight to the death, all to the tune of $200 million dollars from groups promoting Islamophobia. American media usually portray terrorists as devout Muslims on what they believe to be a righteous path. However, an in-depth M15 report found that,

“Far from being religious zealots, a large number of those involved in terrorism do not practice their faith regularly. Many lack religious literacy and could actually be regarded as religious novices. Very few have been brought up in strongly religious households, and there is a higher than average proportion of converts. Some are involved in drug-taking, drinking alcohol and visiting prostitutes. MI5 says there is evidence that a well-established religious identity actually protects against violent radicalization.”

Nevertheless, in 2016, there was a 500 percent increase in hate crimes against Muslims in Florida, while the Florida government attempted to remove Islamic history from school textbooks.

Islamophobic discussions and fear-mongering policies have arguably made us less safe, leading to the legitimization of wars and occupations that have destabilized the Middle East and strengthened groups like ISIS, while encouraging radicalization by social disenfranchisement at home. They have contributed to a culture of fear that has also been directed at, among others, communists and black men. This all leads to the tightening noose of immigration policy, the creation of the Department of Homeland Security, and constant surveillance by the NSA and other government agencies. Yet, 42 percent of Americans still believe they are less safe from terrorism today than before 9/11.

The feeling of insecurity from foreign threat, in a country in which nearly all attacks are domestically-based, has allowed the U.S. government to carefully push the narrative that safety must be prioritized in the age-old dichotomy portraying security and privacy as diametrically-opposed priorities. Last week saw one of the most blatant, invasive attacks on privacy since the Patriot Act, passed in the wake of 9/11. The bill, passed by both the Senate and the House along party lines and now on its way to President Trump – who is expected to sign it – will eliminate privacy regulations passed by the Federal Communications Commission that required Internet Service Providers (ISPs) like AT&T and Verizon to get consumer consent before selling their web browsing history and app usage history to advertisers. Without these regulations, ISPs will have access to nearly every digital aspect of the average American’s life.

Senate Democrats warned that ISPs will be able to “draw a map” of where their customers shop and attend school, as well as what they search for, eventually allowing them to build this data into a comprehensive personal profile they can sell to advertisers. According to Dallas Harris, policy fellow at Public Knowledge, they may even be able to piece together information such as, “where you bank, your political views, and your sexual orientation based on what sites you visit.”

In recent years, ISPs have diversified from services for which a monthly fee was paid, into ones that also digest and collect information from their customers in order to build a monetizable database. The most prominent past example of what may be coming is AT&T’s 2013 decision to charge internet customers $29 more per month unless they allowed the company to scan and sell their internet consumption to advertising companies. While this is the most prominent case of consumers ceding privacy to private corporations in recent memory, attention has often been placed on government agencies’ abuse of their power in the “name of America’s safety,” such as the FBI ordering Apple to help it unlock an iPhone used by a suspect in the San Bernardino shooting, a precedent easily used as a stepping stone to more surveillance.

Often, with the government and large corporations like Google and Facebook collecting metadata, the two become one and the same, essentially trading favours in their cooperation. CISA, an Obama-signed bill which protects companies that share data with the government and allows them to share information unrelated to cybersecurity in a split-second, came after years of lobbying and a push by a Republican-controlled Congress, many of whose members partied with lobbyists the night before passing it.

Each consecutive loss in consumer privacy is the result of a long line of fear-mongering around safety. Since 9/11, this discussion has mostly surrounded Islam, which is projected as opposed to the values and ideals of the West. It has led to acceptance and support for the destabilization of an entire region and increased domestic surveillance to protect from “perceived foreign threats.” To bring a religion of 1.3 billion into question is a much better propagation of fear than telling Americans that there are some invisible enemies who would like to harm them. Since 9/11, conservative Republicans and Democrats alike have pushed the narrative that Islam means terror and have thus characterized every Muslim as susceptible to radicalization, a strategy that has resulted in billions of dollars in profit to the military-industrial complex, which amiably funnels some of that profit back into political organizations and campaigns, thereby completing the circle.

In this case, the same companies who published and televised pundits denigrating Islam and giving it a violent connotation are the ones who will now profit from easy access to Americans’ personal data troves. A perceived fear of Islam allowed companies to break apart arguments for privacy in a country that has always valued it greatly. These media conglomerates, of which only six remain, pushed the islamophobia narrative until they ended up with enormous profits from every form of media-related consumption, including the defense of those same Muslims it denigrated in other publications. Comcast, for example, owns NBC, Universal Television, USA, and MSNBC among many other networks, all of which have profited off the Islamophobia debate. Their parent company is also an ISP that will now profit off the data it has access to. Time Warner (involved in a merger with Comcast currently) owns television and publication companies such as CNN, TNT, and Warner Brothers, all of whom have stoked the fires of the fear economy for enormous current and future corporate profits.

As the story goes, if we cannot have access to terrorists’ information, how can we know who the terrorists are? And if we do not know who they are, then we need access to everyone’s information to find them. This narrative, with an imbedded association to Islam, has so deeply penetrated an uninformed American society that the argument is still brought up today, despite all the published evidence and leaks showing that surveillance goes far beyond terrorism-related issues. It goes to show, if George Orwell forgot anything in his seminal novel “1984,” it was that Islamophobia in Western society would eventually come to be a symptom of the greater disease that is mass surveillance.

If you are someone who believes privacy does not matter because you have nothing to hide, take a good hard look in the mirror and ask yourself if there exists a faster way to lose a fundamental right than to stop caring about its personal meaning. Every time a decision is passed down legalizing more surveillance and data collection sharing between private corporations and the government, not only has your life become less private, but there also exists one more legal precedent to stripping away your privacy even further in the name of national security.