Japan’s Nuclear Question: The Impossible Implementation of a Necessary Program

Repeated crises demonstrate that Japan's energy industry needs a change. However, the most beneficial one is the least popular. 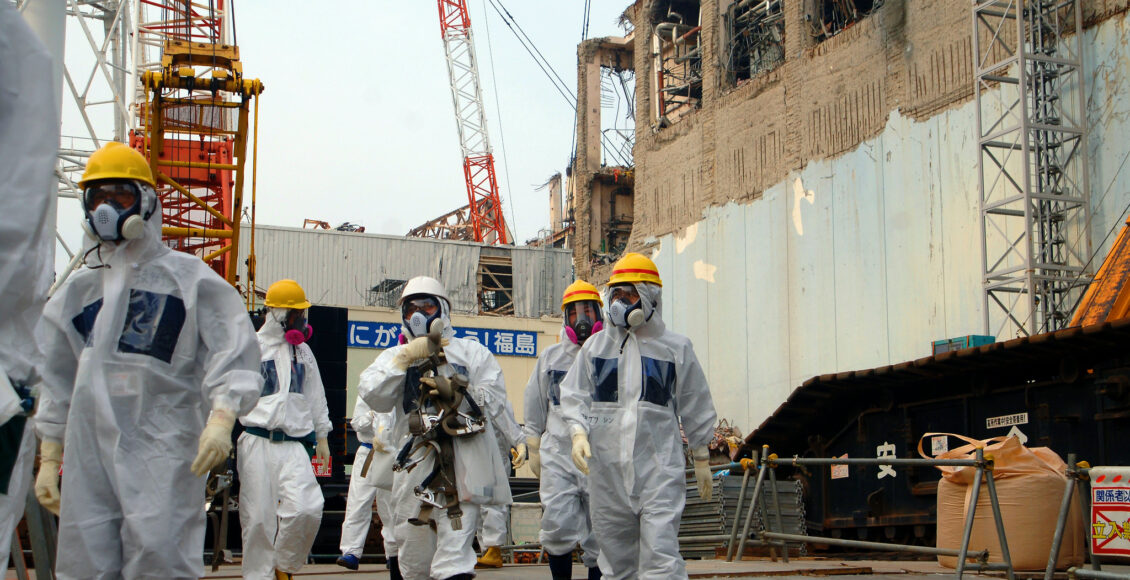 In January, heavy snowfall in Japan caused widespread power outages and a spike in the price of electricity. Ten years after the Fukushima disaster, this crisis demonstrated that Japan’s energy problem remains unresolved: the island nation has not yet managed to produce its own energy reliably and sustainably. Indeed, renewables only contribute a small amount to energy consumption, Japanese industry is reliant on foreign oil and natural gas, and nuclear energy remains unpopular.

In the aftermath of World War II, the prospective use of atomic energy of any type raised eyebrows in Japan. To fill its energy needs, the country began importing large quantities of oil from the Middle East. However, thanks to an American pro-atomic energy campaign beginning in the 1950s, skepticism surrounding nuclear energy subsided. When the oil crisis of 1973 left Japan facing a recession, its energy ministry further warmed to the idea of nuclear power as a means of reducing the country’s dependence on oil. Yet, a series of near-accidents and cover-ups at power plants outraged Japanese citizens and prompted the government to limit nuclear power use, making it only a small fraction of the energy industry. This strategy proved successful until March 2011, when the Fukushima nuclear power plant disaster occurred. In the disaster’s aftermath, the Japanese public overwhelmingly supported the complete phasing out of nuclear power.

As a result, the energy question remains unanswered. Japan is still dependent on imported oil, making it vulnerable to rapid price increases in the event of economic shocks. With Middle Eastern oil fuelling 90 per cent of Japan’s energy needs, instability in the Middle East means volatility and high prices for Japan’s energy industry. While competing nations are making significant strides in transitioning to zero-emitting industries, Japan’s renewable energy sector is struggling. During this winter’s heavy snowfall, Energy Minister Hiroshi Kajiyama claimed high prices were partly due to the lack of stable renewables like solar and wind. “Solar wasn’t generating, wind wasn’t generating,” he told the Financial Times. Constrained by its geography and expanding urban centres, Japan’s Ministry of Economy, Trade and Industry does not believe the country can make use of solar and wind energy as easily as its European and North American counterparts. In its most optimistic future projections, renewables would only contribute to 50 per cent of Japan’s energy usage in 2030. By contrast, Canada expects renewable energy to account for 90 per cent of its energy needs by 2030. In short, Japan’s dependency on foreign oil and its lack of renewables makes for a very problematic combination, both for the climate and for consumers.

The solution to this instability involves two key components: reliability and sustainability. Japan’s lack of self-sufficiency repeatedly causes crises; as such, establishing a stable energy supply should be a top priority. Nuclear is a reliable energy source because, unlike renewables, it can be produced regardless of weather conditions and, unlike oil, it does not have to be imported. Moreover, renewables are inherently intermittent and require a more reliable energy source to operate as a backup. Nuclear energy needs no backup. Currently, much of the world’s backup power comes from fossil fuels, which defeats the purpose of decarbonizing the economy, as Prime Minister Yoshihide Suga has vaguely promised. During his first speech as prime minister, Suga made politically popular promises about fighting climate change. In practical terms, the use of nuclear energy appears to be Japan’s best bet at significantly tackling climate change. If Japan had stuck to its original nuclear policy, nuclear energy use would have accounted for 51 per cent of the country’s reduction in CO2 emissions by 2100 and would have markedly reduced emissions of other greenhouse gases like methane. But its effects extend beyond environmental sustainability. To reduce dependency on foreign oil, Japan’s energy industry believes advancing nuclear power is essential. The Federation of Electric Power Companies (FEPC) claimed that it is the “key to combining environmental conservation with economic growth and energy security.” It is clear that if implemented safely, nuclear energy could provide the needed environmental benefits and energy stability Japan currently lacks.

Despite the climatic and economic benefits of nuclear power, there remain many obstacles to its advancement. Quite simply, nuclear power is unpopular. Reinvigorated by the cover-ups and near-accidents of the 1990s and 2000s, Japan’s anti-nuclear movement has never truly subsided. Even well before Fukushima, in 1999, 53 per cent of the Japanese population did not trust the government’s nuclear policy. At their peak, Japan’s anti-nuclear protests were the largest public demonstrations the country had seen in 50 years. In July 2012, 200,000 people rallied against the reopening of a nuclear power plant. Nearly a decade later, this popular distrust of the government’s nuclear policy remains prevalent.

Furthermore, the government cannot immediately restart its nuclear program. Upgrading decommissioned reactors to meet modern safety standards is an expensive and time-consuming process. With a significant proportion of Japanese reactors being roughly 40 years old, implementing new safety upgrades could be very costly. Designing an important component of these safety protocols falls on the cities neighbouring nuclear reactors: each local government must have its own evacuation plan, which can take years to finalize. Finally, nuclear waste is troublesome. Power plants have increasingly little storage space for the waste they generate. And while cities like Suttsu have proposed taking in nuclear waste safely, their plan is not immediately executable. In 2020, Suttsu offered to store nuclear waste deep underground, but their facilities will not be ready for at least several years. No municipality has expressed interest in storing nuclear waste while Suttsu puts together its storage site, which gives the government further incentive to delay reopening plants. It seems that nuclear power production, while extremely beneficial if handled properly, is nearly impossible to scale up significantly, at least in the short term.

And so the political dilemma remains: should the Japanese government pursue a necessary but difficult to implement energy program or a popular but inadequate one? Compared to the problematic nuclear question, renewables are a simple solution. While they do not solve all of Japan’s energy problems, renewables are politically popular and produce no waste. However, in the long term, the solution to Japan’s dependency on foreign oil lies in nuclear energy. Modernizing the industry will take time and money, but nuclear power can provide the environmental and economic benefits Japan seeks. If both the energy industry and the government agree on its necessity, they lack the political will and logistical means required to implement a fully functioning nuclear industry.