Judicial Warfare: How Poland Is Attacking the European Rule of Law 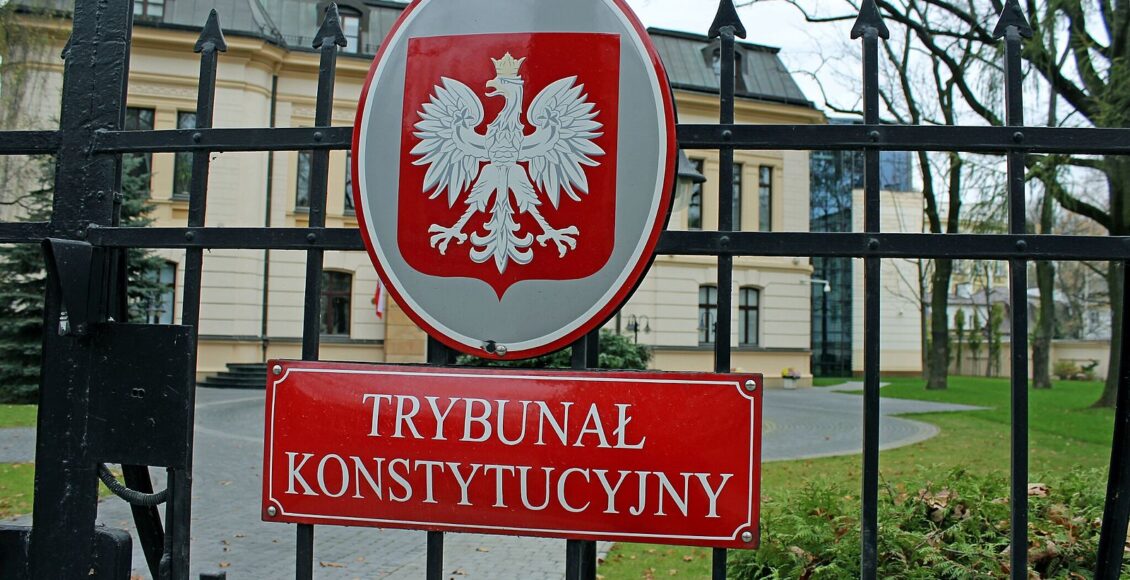 On October 7, Poland’s Constitutional Tribunal released a ruling that rejected the primacy of European Union law over its own national legislation. The Tribunal found that four provisions of the Maastricht Treaty, the EU’s foundational treaty, are incompatible with the Polish constitution and, therefore, invalid. The rejected provisions of the Maastricht Treaty constitute some of the central values of the EU, such as cooperation among member states and “respect for human dignity [and] freedom[…]including the rights of persons belonging to minorities.”

The Tribunal’s findings, described as an “unprecedented provocation,” are in response to a ruling issued by the European Court of Justice (ECJ) in March 2021 regarding the appointment of judges to the Polish Supreme Court. The ECJ found that the Polish judiciary was not independent of other branches of the Polish government, a violation of Article 47 of the Charter of Fundamental Rights of the European Union, which guarantees the “right to an effective remedy and to a fair trial.”

Poland holds a disciplinary chamber for its Supreme Court judges, called the National Council on the Judiciary, in which the parliament selects Council members. Since 2015, the right-wing Law and Justice Party (PiS) has controlled the Polish parliament. The PiS has clearly violated the independence of the Polish judiciary, with many members of the Constitutional Tribunal being former members of PiS and Polish judges subject to disciplinary hearings if their decisions do not align with the party’s political goals. The ECJ ruling released in March prompted Prime Minister Mateusz Morawiecki to question the primacy of EU laws over the Polish Constitution to the Constitutional Tribunal.

While this spat may seem relatively insignificant for other member states, it could have broad implications for the future of international law. The EU has issued a firm response, with the President of the European Commission (EC), Ursula von der Leyen, vowing to “use all the powers” at her disposal to enforce EU laws. The European Commission is putting pressure on Poland by withholding its $41 billion COVID recovery fund payment, equivalent to around seven per cent of the country’s annual income. Additionally, the ECJ has issued Poland a daily fine of € 1 million for as long as it continues to recognize the ruling of the Constitutional Tribunal and refuses to dismantle the disciplinary chamber for judges. As of now, the two parties are at a standstill, each unwilling to compromise their positions. Yet, with opinion polls showing that around 80 per cent of Poles want to remain, it is extremely unlikely that this disagreement will result in Poland leaving the EU.

Pushback against the EU’s central goal of “creating an ever closer union among the peoples of Europe” is not unprecedented. Ever since the creation of the European Coal and Steel Community in 1951, there has been considerable resistance to European integration at every step of the way. For example, former British Prime Minister Margaret Thatcher strongly advocated against European integration. In spite of obstacles, the processes of European integration continued, with the EU expanding to 27 Member States and governing almost every aspect of European life.

One theory that seeks to explain the evolution of the EU is neo-functionalism, which conceptualizes the state “as an arena in which societal actors operate to realize their interests.” If societal actors believe that EU institutions are more beneficial in achieving their interests than national institutions, regional integration will occur. Neofunctionalists argue that the early benefits of EU economic integration “spilled over” into other realms of European life, pushing continuous integration. From a neo-functionalist view, the early success of European economic integration contributed to the strengthening of the European rule of law, particularly through the European Court of Justice and the European Commission. As seen in Poland, the ECJ and EC have pressured the government to bring its legal system to EU standards. While these efforts were unsuccessful at first and are still ongoing, neo-functionalists predict that the power of the EU’s supranational institutions will eventually prevail. For neo-functionalists, this type of resistance is just a “bump on the road” in the continuous process of European integration.

Although Poland’s challenge to the EU rule of law is intensifying, the PiS has recently agreed to disband its National Council on the Judiciary. From a neo-functionalist perspective, this illustrates the power of EU bodies to influence national politics and ultimately impose their interests. In all likelihood, Poland will be unable to continue to resist these EU pressures. However, the rise of eurosceptic movements across Europe, whether it be in Poland or the United Kingdom, are, to some extent, the product of the EU’s shortcomings. Illustrated by the alarmingly low voter turnout in the European Parliament elections, many Europeans believe that they are not adequately represented in the European Union. Although the EU is surely the most powerful actor in the region, it must become more representative of its population. The only EU body that the European people directly elect is the European Parliament, meaning that Europeans are limited in how they voice their grievances. This can help explain the recent emergence of nationalist movements across Europe, like in Hungary with Viktor Orbán. By providing additional forums for the European people to influence European policy, the EU can protect itself from nationalist challenges to its authority. Addressing this democratic deficit could prove pivotal to the trajectory of future European integration.