The Flags We Fly

On June 21 of this year, the McGill Martlet flag atop the Arts Building was replaced with Hiawatha Wampum Belt Flag, representing the Haudenosaunee and their allied nations. Many came to observe the ceremony, with appearances from Clan Mothers, Principal Fortier, Elders, and members of parliament alike in attendance. In the words of the Special Advisor on Indigenous Initiatives Kakwiranó:ron Cook, “The flying of the Hiawatha Wampum Belt Flag at McGill is unprecedented. The flag we raise today is the centuries-old symbol enshrined in the specific wampum belt marking unity and peace between the Seneca, Cayuga, Onondaga, Oneida, and Mohawk nations. We are very pleased to see all of you here on this historic day for McGill and for First Nations in Quebec.”

While the raising of the Haudenosaunee Flag marks an accomplishment for a university seeking to reconcile with its colonial past and present, it’s worth considering what that flag meant to the many students who saw it that day. In my own experience as a Eurocanadian settler, I’m embarrassed to say that until quite recently I would have struggled to even recognize the flag, much less have any understanding of its significance. It wasn’t until I took McGill’s Indigenous Field Studies course this summer, designed to give students a multidisciplinary grounding in Indigenous Rights and the history of  Kahnawá:ke, that I began to understand whose land I’d been living and working on for the past 3 years. So as the new year starts and the next wave of Freshmen enter into McGill, I’d like to take the time to expand on a few things I wish I’d known when I first came here. Before I begin, it’s important to note the wealth of work done by Indigenous scholars, activists and NGO groups, that I hope to bring your attention to by writing this article. As a Eurocanadian settler, I shouldn’t and can’t be the final word on this subject, so please take a minute after reading this to look over the resources at the bottom of the article.

Before we can get into a discussion of sovereignty, Indigenous rights, and McGill’s responsibilities to the owners of this land, it’s important to know who it is we’re talking about. Just to the south of what is now Montréal is Kahnawá:ke, a Kanien’kehá:ka community of just under 10,000 people. The Kanien’kehá:ka Nation is one of six nations that make up the Haudenosaunee, or People of the Longhouse. If those names sound unfamiliar to you, it’s probably because you know the Kanien’kehá:ka as Mohawk, and the Haudenosaunee as Six Nations or Iroquois Confederacy, depending on your franco/anglo background. As their English name suggests, the Haudenosaunee are an alliance of six First Nations whose roots reach back to the early first half of the millennium. Their system of government, decision-making, and accountability has been widely cited as serving as the basis for the U.S. Constitution. For a more in-depth look at the history of the Kanien’kehá:ka and the multitude of diverse and resilient actors who make up their nation, see the references section below.

Over the course of the past 400 or so years, the relationship between the Kanien’kehá:ka and Eurocanadians has been rocky, to say the least. The gradual expansion of European colonization through broken promises, dishonoured treaties and, at times, wholesale genocide has left a dark stain on the history of Canada, and has often tainted the ability of the two nations to find any sort of common ground. One need look no further than the construction of the Saint Lawrence Seaway directly through land explicitly reserved for Kahnawá:ke community members’ lives and livelihoods to see the disregard with which Canada and Quebec have dealt with Kanien’kehá:ka sovereignty. Another more widely publicized infringement on Kanien’kehá:ka rights was the Oka crisis, which resulted in a 78 day standoff and blockade, a dead police officer, and First Nations protest across the nation. Tragically, these pale in comparison to the residential school system, a Canadian institution which forcibly removed Indigenous children from their families, stripped them of their language and traditions, and entrenched generations of abuse and trauma which is still being felt by millions today. In the context of all the harm which has been done and is continuing to be enacted against the Kanien’kehá:ka, the question of how we as settlers and McGill as an institution can even begin to make steps towards any sort of meaningful reconciliation is a tempestuous one.

Next time you’re heading into McGill, take a minute and go to the spot just left of the Roddick Gates. What you’ll find is a medium-sized rock with a metal plaque on it, explaining the history of this territory. That history is one that for most of its past McGill has done little to acknowledge, much less to act upon. Luckily though, that’s beginning to change. The Indigenous Field Study course which I took this summer has been in operation since 2010, and has helped educate students from all backgrounds about the significance of Indigenous rights in Canada today, and the history and culture of the nation on whose land McGill exists. More recently, in response to a 2017 Provost Task Force on Indigenous Studies and Indigenous Education, McGill has partnered with Kahnawá:ke to offer an on-reserve bachelors of education program which is aimed at local relevance and cultural sensitivity. Possibly the most visible of McGill’s efforts, however, is the annual McGill Pow Wow, which celebrated its 17th year this past month when it kicked off Indigenous Awareness Week.

That being said, McGill still has a long way to go. As noteworthy as some of its recent Indigenous-oriented academic opportunities are, they come up short when contextualized by the fact that McGill is built on unceded Haudenosaunee land. Another stark reality is McGill’s below-average enrollment of Indigenous students when compared to other Canadian universities. This is a complex, and deeply entrenched issue which cannot be glossed over by simply flying a flag once a year. What is required goes much further, and is the same issue being faced by this country more broadly. Coming on the heels of centuries of broken promises and colonial violence, reconciliation isn’t the clear path forward some would like to pretend. The fact that many students reading this article will be hearing about some of these issues for the first time reflects a societal apathy to Indigenous issues which we must overcome. The resources listed below provide a wealth of Indigenous-led knowledge with which we can work to dismantle the colonial structures which have for so long systematically oppressed and marginalized First Nations living on their own land.

Thank you to all to the various Indigenous students and faculty who gave support and guidance in the writing of this article, without whom this would be little more than ramblings of some white guy. Without the help of Ella Martindale and Mike Loft in particular, this piece and the person who wrote it would have been lost. 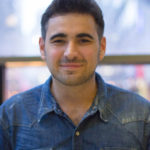 Liam Ragan is a McGill student studying anthropology and environment. His research focus is the intersection between community land rights and conservation, particularly with regard to First Nations. Aside from writing from MIR, he is also a co-founder of Connecting Conservation, which seeks to facilitate discussion between social and natural science conservation research going on at McGill.

Indigenous Student Alliance is the place to stay up to date on events and opportunities going on at McGill.

The Final Report of the Truth and Reconciliation Commission thoroughly documents the tragedy of the residential school system, and the ensuing Calls to Action should be read and deeply considered by every individual in this country.

Though as-yet incomplete, the ongoing National Inquiry into Missing and Murdered Indigenous Women and Girls is a subject which deserves to be front and center in today’s politics and policy.

The Eastern Door is a community-based newspaper serving the community of Kahnawake since 1992.

The Native Women’s Shelter of Montréal is another organization doing incredible work, and who is always on the lookout for donations, both monetary and material.

Audra Simpson’s Mohawk Interruptus gives a deep look into the implications of Indigenous sovereignty as well as a deeper look into the community of Kahnawá:ke, and is available through the McGill library.

My Conversations with Canadians by Lee Maracle is an informative series of essays that tackle Canada’s colonial identity from the perspective of a Stó:lō woman.

Indigenous Writes by Métis author Chelsea Vowel explores the Indigenous experience from the time of contact to the present.

The Truth About Stories by Thomas King illuminates the relationship between storytelling and the Native North American experience.