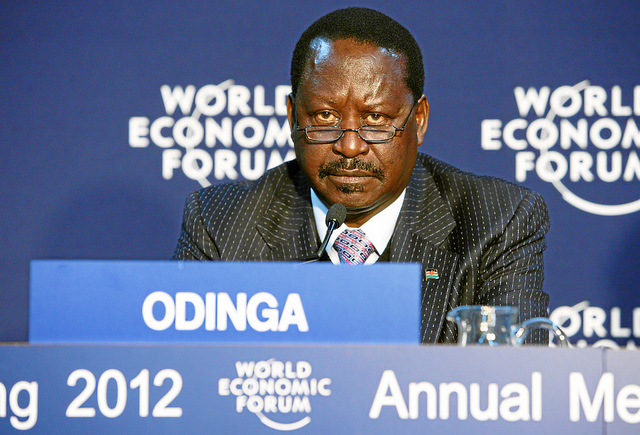 During the summer of 2017, election season put all eyes on Kenya. Although a decade ago, the unprecedented violence of the 2007 elections that left an estimated 1,400 people dead remains in the memory of the Kenyan people. Given this tragic recollection, apprehension was high going into this election season. The two main rivals, Uhuru Kenyatta, the son of the first post-independence leader, Jomo Kenyatta, a Kikuyu, and Raila Odinga, son of Odinga Odinga, a Luo, are no strangers to conflict. Their tribal identities were divided long ago by colonialists and their families are long-standing political rivals furthering divisions among some of the largest tribes in Kenya.

The two politicians went head to head this election cycle and the results shocked the nation. While violence did not erupt amongst the public prior to the release of poll results, an Independent Election and Boundaries Commission (IEBC) official Chris Msando was discovered tortured and killed a little over a week before the election. Despite this shocking event, the Kenyan people voted peacefully and on time. Kenyatta won 54% of the vote to Odinga’s 44% in a tight race.

However, violence broke out the day after the results were released, leaving 24 dead. Odinga’s team claimed that the online tallying system “lacked integrity” and therefore did not properly count the votes. The death of Chris Msando further compounded a lack of faith in the legitimacy of the election results. Odinga’s team then petitioned the supreme court for a recount. In 2013, Odinga’s team made a similar petition to the court based on claims of voter fraud, which was rejected. This time, however, the court decided that the basis of the petition was legitimate enough to warrant a complete nullification of the election results on September 1st.

How did we get here?

This supreme court decision is a first in Kenya, meaning that a perfect storm of factors collided to create a situation in which this ruling was made possible. How did we get here? To answer some of these questions I considered two defining issues highlighted in the Kenyan election; ethnic conflict and the judiciary.

According to a research paper written by Moi University professor Dr. Opondo, ethnic animosity was not always a corner stone of Kenyan politics. In fact, nationalism was a unifying force within the country during independence. The first-past-the-post, multi-party system was born out of parties seeking to eradicate poverty and disease. However, those vying for power eventually became machines of ethnic animosity perpetuated by colonial powers.

I interviewed Professor Khalid Medani, an associate professor at McGill who specializes in African politics, Islam and politics, and Ethnic and Civil Conflict to further elucidate the Kenyan ethno-national landscape. Ethnicity or tribalism are not issues in and of themselves, explains Medani. In fact, Kenyans derive significant benefits from group connections. However, these group connections have often been used instrumentally. Professor Medani highlighted that division of ethnic groups was an efficient way to rule during the colonial period For example, membership to the Kikuyu tribe would afford one a bureaucratic job, while being Luo would make employment inaccessible. Both groups were constantly “off-balance” and their ethnic identities “reified in the bureaucracy” according to Medani. In other words, these ethnic identities alone do not propagate systemic conflict, but when pitted against one another exacerbate power struggles and violence.

Throughout Africa these issues bleed into electoral politics and create conflict for several reasons such as a history of inter-ethnic competition, weak institutions and political parties, and severe economic inequality along ethnic lines. Despite this, Medani does not think that Kenyan political parties are defined by their ethnic origin. Utilising ethnicity to garner support is a tactic for politicians and parties aiming to earn legitimacy which is a common issue within new democracies. Instrumental use of ethnic identity was one the factors leading to the violence witnessed in the 2007 elections. The onus for ethnic animosity and violence should be placed on the power-hungry elite that are “willing to withstand violence in order to win” (Medani). Essentially, “the parties are internally undemocratic [and] use the ethnic card when they are unsuccessful [at garnering support],” but this conflict does not necessarily carry over to the rest of society. Kenya has a vibrant, cross-cutting civil society that depends upon inter-ethnic cooperation.

The functional context of the judicial decision is also important to discuss. The Kenyan judiciary is an independent branch of government that focuses on three main functions; “administration of justice, formulation and implementation of judicial policies, and the compilation and dissemination of case law and other legal information for the effective administration of justice.” The highest body, the supreme court, is made up of six justices.

To better understand judicial branch and its impact on politics, I interviewed Dr. Maria Popova, an Associate Professor at McGill and award winning author. Currently she is working on projects involving the prosecution of high level corruption in post-communist Europe.

Primarily, it is important to understand what the process is to bring a petition to the court to consider such a significant case on electoral fraud. Popova explains that every country is different, but on the most general level the reason such cases are possible is because courts usually have the power to review decisions by state institutions. In the Kenyan context, the state institution under review was the electoral commission which oversaw the collection and counting of votes. Generally, when the state body certifies the outcome of the election by publishing the results, for example, any citizen of the country has the right to challenge this state body decision in court per Popova. She explains that “if the court then agrees that this somehow breaches some kind of law, then the state body’s decision becomes null and void”, which in the Kenyan case claimed breached electoral law and nullified the presidential election decision. It is important to note, however, that there is no global standard and each country’s judicial process may be different.

Analysts argue that Odinga’s petition to nullify the election results was successful due in part to the recent appointment of chief justice, David Maraga, a staunch supporter of judicial independence and anti-corruption. According to the law, the next vote must occur within sixty days of the September 1st court decision. Professor Medani is hopeful for the future of Kenya, “[there is a] big possibility that this will give the court, if it’s transparent, give them greater legitimacy and [a] greater role promoting rule of law and consolidating democracy”. He is cautiously optimistic because supreme court legitimacy relies heavily upon transparency; sharing evidence, providing support for decisions, and overseeing that changes are made to improve the validity of future elections.

Professor Popova also advises caution when analyzing the situation, “[the] important thing to keep in mind, […] always think about the possibility [that] the decision of the supreme court may be politicized.” She went on to explain that one cannot make assumptions on either side of the issue. For example, one should not automatically believe that the “election was rigged” because the decision to nullify the vote may have been biased because “the court [could] be closer to the opposition.” Popova emphasizes that “[o]ne needs to unpack the entire political situation and consider that everything is possible” such as legitimate judges acting in good faith, doing a favor for the opposition, or the supreme court experiencing public political pressure. No arguments are made here as to what the possible causal mechanism was for the decision.

In a new democracy like that of Kenya, every political move is an important step towards or away from democratic consolidation. One must not forget that Kenyan civil society is an important force for public advocacy and political development. The annulment of the voting outcome leaves Kenya in political limbo until the next election. Dr. Medani argues that in the face of political uncertainty, the international community must support civil society groups by giving them a platform to advocate for the needs of the Kenyan people.