Laudable Laudato Si and its Political Implications for the US 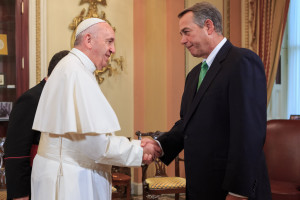 Published at the end of last May, Pope Francis’s encyclical Laudato Si was a forceful call to recognize the human impact on climate change and how it will affect the world’s most vulnerable populations the severest. To ensure that his message would not be passed over, Pope Francis recently took his message to the UN and the United States Congress. The focus of both the encyclical and the recent speeches is that the culture of greed and exclusion has led to the degradation of our environment and portends the very destruction of our common home. Francis has also reshaped the ethics of growth and development by framing it in terms of human rights: “Economic and social exclusion is a complete denial of human fraternity and a grave offense against human rights and the environment.” The Pope’s message is not intended to end the debate on climate change, instead it is to do just the opposite: foster a global dialogue at all levels of society.

And indeed it seems as if his calls have not fallen upon deaf ears, China, Brazil, and India are all poised to reduce greenhouse gas emissions despite their past claims that the developed world is far more culpable for climate change than developing countries and therefore should bear much more of the burden. However according to Climate Interactive, current proposals would only reduce projected global warming by one degree (from a business as usual projection of 4.5°C increase down to a 3.5°C increase by 2100), while many scientists have exhorted the world to hold temperatures below a 2°C increase. Thus the global dialogue Francis seeks to foster is not a one time event. It is essential that this dialogue remains ongoing in order to bring countries back to the negotiating table and come up with and implement policies that will further limit or eliminate fossil fuel emissions. 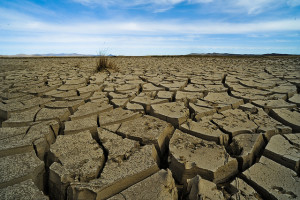 In last week’s “Our Common Home”* conference at Boston College, Francis’s encyclical was subjected to the scrutiny of academics, theologians, and policy makers and emerged as a document backed up both by climate science and Christian Social Thought. One plausible method of mitigation brought up in the talks was to sharply decrease meat consumption and production, as this accounts for 18-25% of CO2 emissions according to the economist Graciela Chichilnisky. This represents an opportunity for the Pontificate to issue an environmentally beneficial call for Catholics throughout the world to give up meat during the Lenten Season. At the Conference Dr. John P. Holdren, Obama’s Science and Tech tsar, asserted that while the encyclical’s account of climate science was sound, it was lacking in certain aspects of policy. Holdren argued forcefully that mitigation and adaption to climate change are essential components of any plausible plan to salvage the world from extreme degradation. For Holdren the Pontiff failed to recognize the useful role technology can play in mitigating the effects of climate change, whereas he was correct to assert that technology will not be able to avert this crisis alone; sacrifices must be made and suffering will occur! Additionally one grave aspect in which Catholic dogma contradicts sensible policy is in terms of population growth. Numerous studies have demonstrated that exponential population growth contributes greatly to increased CO2 emissions, which makes contraception and sex education a vital component to any comprehensive effort to curb emissions. 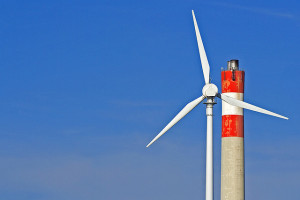 Despite the science, ethics, and the favor of nearly three fourths of the electorate on climate change, American presidential candidates remain divided along partisan lines in terms of whether or not they would take action to drastically reduce emissions in the United States. I emphasize the importance of the policy positions of the presidential candidates because of the manner in which current President Barack Obama has implemented his climate policies. Because Obama was unable to steer legislation through a hostile Congress on reducing emissions, he was forced to implement policies through executive orders. This means that the next POTUS will have complete discretion to either reinforce and supplement Obama’s climate change policies or undo them completely. Turning to the candidates, frontrunners for the Democratic nomination Bernie Sanders and Hillary Clinton have made climate change a critical issue in their campaigns and have both issued policy statements that push further on the agenda than President Obama. On the other side of the aisle, many Republican candidates plainly ignored the central themes of social and economic exclusion in the Pope’s congressional address. Senator Marco Rubio stated that the pope simply, “reminded us that, whatever our policy differences might be, we are all called to put the good of our people above all,” even though the Pope pointed out that the Golden Rule compels us to undertake specific policies, for example strict opposition to the death penalty. Although six of the candidates are Catholics, many think Francis should restrict his opinions to purely theological ones. This is a mistaken point of view as his political views are backed up by his religious convictions. It also demonstrates the dubious moral character of these candidates since they would rather espouse the policies of their financial backers than those of their highest moral authority on this earth, the leader of their church, the Pope. Concrete action to mitigate and adapt to the effects of climate change must be undertaken at all levels of American society. However for an international agreement on climate change to remain place, it is essential that the American electorate demands from its presidential candidates firm pledges to curb emissions. If the United States does not act as a leader on the pressing problem it is unlikely that other countries will have the resolve to do so themselves.

*The information from this Conference is based on the notes I took while in attendance.