Law and Order Politics: A Gateway to Authoritarianism 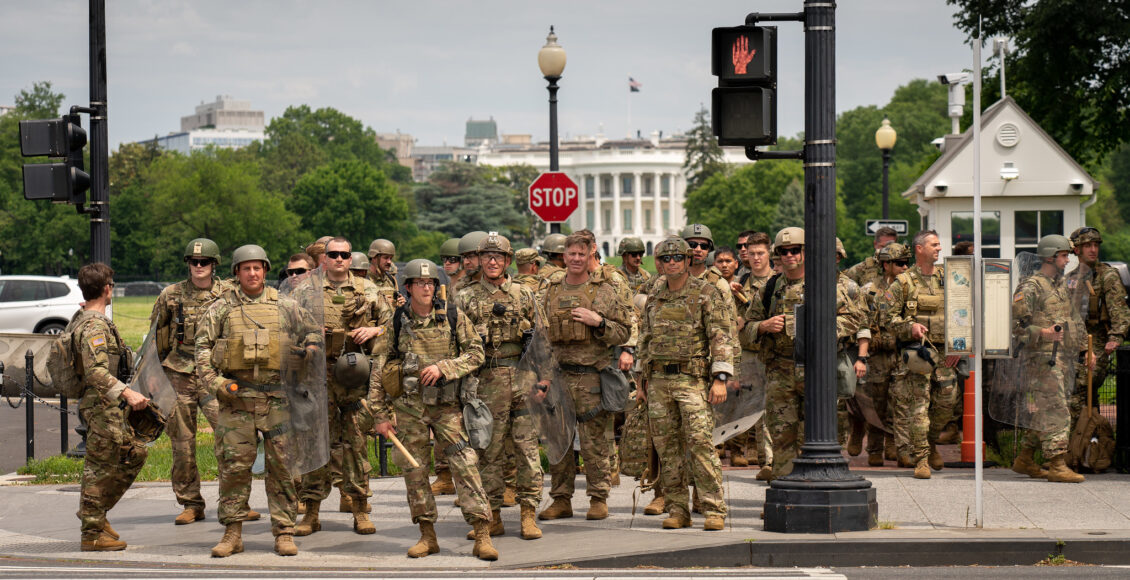 Since the first day of what have become global demonstrations against police brutality, sparked by the filmed murder of George Floyd, Donald Trump has tweeted out the phrase “LAW & ORDER” over ten times. Beginning as a campaign strategy during the 2016 election, Trump has used the backdrop of the Black Lives Matter movement to bring back the familiar refrain for his reelection campaign. Without historical context, these tweets can be dismissed as another example of Trump’s affinity for broadcasting rallying cries to the right on twitter. Yet, law and order policies in the US have long served to protect systems and institutions built on the state-sponsored oppression of Black people, developing into a pattern that parallels the violent progression of Central American crime policies from rhetoric to police abuse. To prevent democratic erosion, the rhetorical strategies used by Trump and other self-proclaimed tough-on-crime politicians must be examined with extreme scrutiny as they often conceal the first warning signs of authoritarianism.

Trump is far from the first politician in modern American history to run on a campaign platform branding himself as the “Law and Order Candidate.” Within contemporary politics, the electoral strategy began with Barry Goldwater, Richard Nixon, and the Southern Strategy. In his 1964 campaign, Goldwater launched the strategy as an aggressive campaign against the 1964 Civil Rights Act. Though Goldwater amassed support in the Deep South, the bluntness of his approach ultimately cost him the general election. Nixon’s campaign, however, appealed to the same voters with a more subtle condemnation of the civil rights movement. Nixon’s codification of blunt racial appeals to white southerners enabled him to achieve much greater success than Goldwater. Goldwater’s demands for an end to protests and marches became Nixon’s calls to restore law and order. Moreover, Goldwater’s promotion of racialized crime fears evolved into Nixon’s War on Drugs. With the help of mass media’s sensationalism of violence, politicians were able to imbue the public with a fear of lawlessness and disorder in a way that amplified preexisting biases associating violent crime with Black people.

Along with acting as a dog whistle signaling animus towards civil rights activists and appealing to racial resentment, Trump’s most recent calls for law and order have brought to mind another strategy of conservative politicians from the 1960s: the militarization of the police. While funding from the federal government has led to the militarization of police across the United States, Trump’s latest threats to mobilize the full power of American military forces against protestors represent dangerous steps towards authoritarianism.

These threats bear striking resemblance to the actions taken by politicians in several Central American countries following the implementation of Mano Dura (“Iron Fist”) policies. First launched in El Salvador in 2003 by the conservative National Republican Alliance (ARENA) Party as a legislative proposal of several anti-gang policies, the Mano Dura initiative gained its momentum from the assumption that gangs were responsible for the country’s elevated homicide rate. Eventually evolving into a set of stricter legislation launched by President Antonio Saca (of the ARENA party) under the appropriate title of Supér Mano Dura in 2004, these policies are most markedly defined by “discretionary crimes, constriction of due process rights, [and] involving the military in policing” and have led to increased arrests and prosecutions of suspected gang members — often on the basis of appearance alone. These policies have proven ineffective and in several locations have resulted in higher homicide rates. Yet, conservative politicians following in the footsteps of Saca continue to insist that gangs like the maras of El Salvador are “an attack against the stability of the country” that can only be combatted through the implementation of Mano Dura legislation.

One of the most harmful aspects of Salvadoran politicians’ promotion of Mano Dura policies is their portrayal of youth gangs as a primary security threat and the way in which this perception has spread throughout Central America. One piece of legislation known as the Anti-Maras Law included provisions as severe as allowing judges to sentence gang members as young as 12 to up to five years in jail for having gang-specific tattoos. Mano Dura policies have appeared in similar forms in other Central American countries such as Guatemala and Honduras in a trend often referred to as the War on Gangs. These laws frequently target minors, perpetuating harmful and unfounded criminalization of youths, often with fatal results as demonstrated by the prevalence of false accusations, extrajudicial killings, and excessive use of force against youth in marginalized neighborhoods carried out by Salvadoran police. For good reason, such laws are condemned by human rights organizations as “formal measures that open the door to informal police abuse.” Instead of reacting to criticism of the unfair profiling of these youths as delinquents, conservative politicians give in to the social pressure of the War on Gangs and, instead, continue to construct a public perception of crime that heightens fears of youth violence.

Both Mano Dura and American law and order policies began as electoral strategies. In the same way that Trump’s show of protest repression has represented a manifestation of law and order ideals, Mano Dura policies exhibit how conservative party leaders manipulate the cross-cutting nature of human security as a priority of all classes and ideologies to further political goals of controlling the lower class. Politicians in both Central American countries and in the US successfully garner public support for such policies on the basis of fear of crime and generalized assumptions of marginalized groups. Because these policies originate on the basis of generating public fear instead of on empirical fact, they follow a trajectory that does not adapt to evidence of their ineffectiveness.

While the Unites States does not have the authoritarian past of many Central American countries, its history of racist and abusive governance has placed the country in an analogous position of vulnerability to an authoritarian future. In the same way that attitudes towards crime are dependent on public threat perception, scholars often discuss authoritarianism as a result of a collectively limited worldview. Today, the unprecedented power of politicians and the media to alter public perceptions demands more comprehensive critical analyses of their rhetoric, as policies introduced as protective of human security too often evolve into authoritarian actions.

An examination of law and order rhetoric suggests that characteristics of authoritarianism are already pervasive in American political culture. For example, if the widely used label of “war” in discussions of the War on Drugs and War on Gangs (both products of tough-on-crime policies) shows anything, it is that both in the United States and in Central America, the media has already taken a step towards normalizing the use of military force against civilians, a commonly cited indicator of authoritarian tendencies. This normalization also leaves space for politicians to continue demanding a restoration of law and order by violent means without fear of criticism. The way politicians like Trump and Saca insist on the prioritization of tough-on-crime policies despite their proven ineffectiveness should serve as a warning—law and order as we know it does not protect people, it protects power.

Featured image “Special Forces in DC” by Mobilus in Mobili is licensed under CC BY-SA 2.0