With Less You Can Do More: McMUN’s 2018’s Paperless Crisis Committee 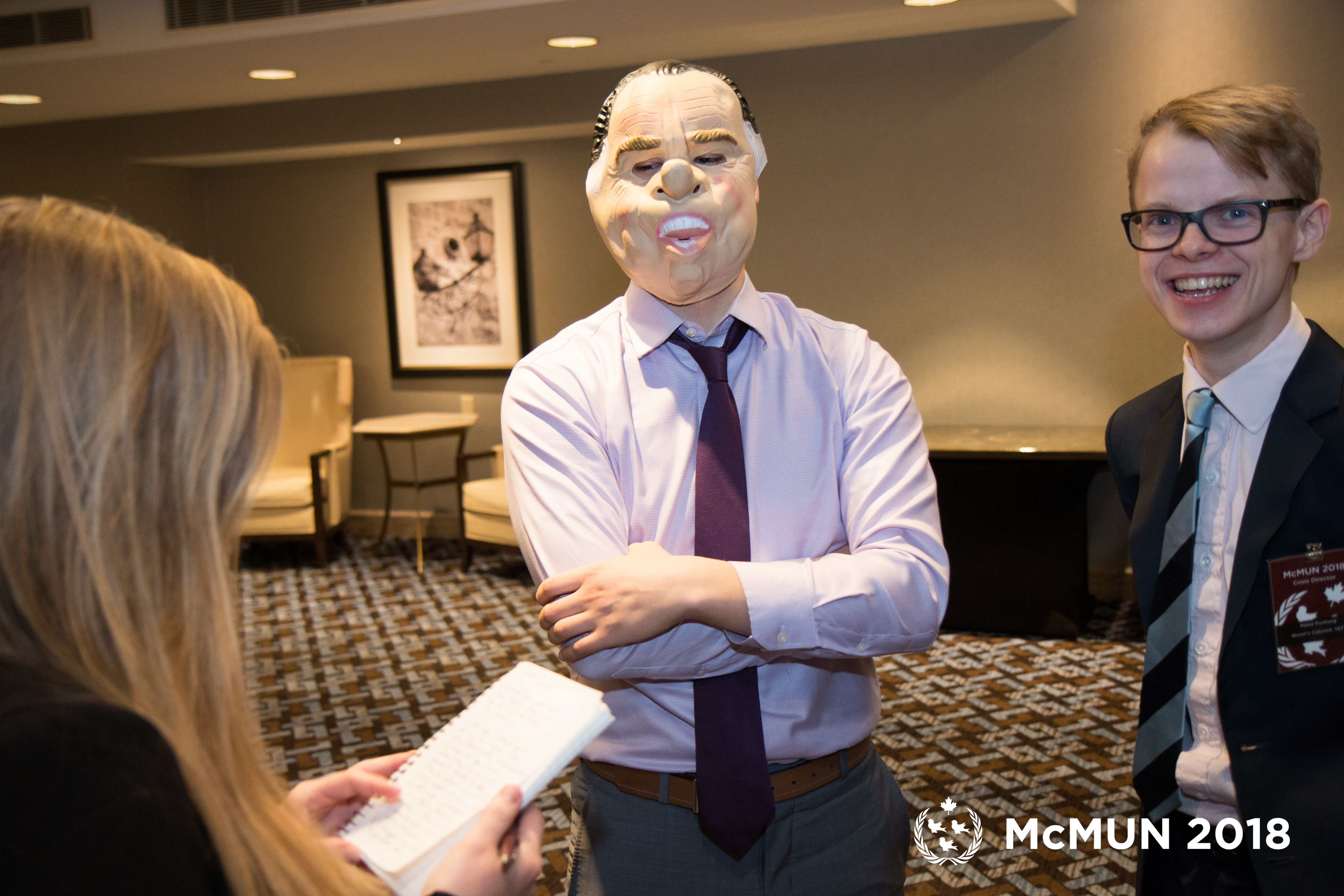 Peter Furberg, the Crisis Director of “Nixon’s Cabinet: 1973”, highlighted one of the many advantages of using technology in committee: better communication. This is because delegates and staff are able to communicate much faster, in a clearer fashion, as opposed to old-school crisis committees, where delegates may have to wait for a response to a note for over an hour.  Moreover, due to access to laptops, delegates and staff alike are able to share information with one another.

Furthermore, another advantage of running a paperless-crisis committee is sustainability. By forgoing paper, conferences and delegates are partaking in society’s on-going mission to be more environmentally sustainable. Furthermore, it is economically sustainable, as it permits delegates and staff alike to save money by not having to purchase paper.

Implementing a paperless crisis committee is not without concerns. The primary worry expressed by staff and delegates alike is unfamiliarity with the format, as very conferences have attempted the feat. David Marchionni, Deputy Undersecretary of Crises for McMUN 2018, said that he was initially reluctant to implement a paperless crisis committee at McMUN 2018 as he had never taken part in one. However, having heard feedback from delegates in the committee, he is now extremely confident in his decision to do a paperless crisis committee at the conference. This echoes the feelings of a delegate in “Nixon’s Cabinet: 1973”, who expressed that he was initially unsure about the format of the committee, but now is very happy about having partaken in the committee over the course of the weekend. Furthermore, another concern of the staff was that it needed to still be able to supervise communications between delegates, in order to minimize the risk of abuse between one another. However, these concerns were alleviated once staff decided to use conference-created emails, where they would have access to all communications between delegates.

There is a general consensus amongst organizers, staff, and delegates that McMUN’s implementation of a paperless crisis, “Nixon’s Cabinet: 1973”, was a success. Matthew He commanded the use of this committee style, as it demands that delegates display a wider array of skills. Moreover, delegates applauded the use of technology in “Nixon’s Cabinet: 1973” for a number of reasons, such as providing an environmentally-friendly experience.

This shows that conferences should shift to paperless crisis committees in order to better reflect today’s world, which is technology-driven. Back in their colleges and universities, the delegates use computers in all aspects of their lives, from research to communications. Thus, Model United Nations conferences should reflect the symbiotic relationship that staff and delegates have with their technology. This, however, presents another challenge to conference organizers and delegates, where delegates who do may not have access to technology due to financial reasons may be excluded from the full Model United Nations experience.