Let Them in, for Goodness Sake!: Negotiation Talks Cease for Turkey’s EU Accession 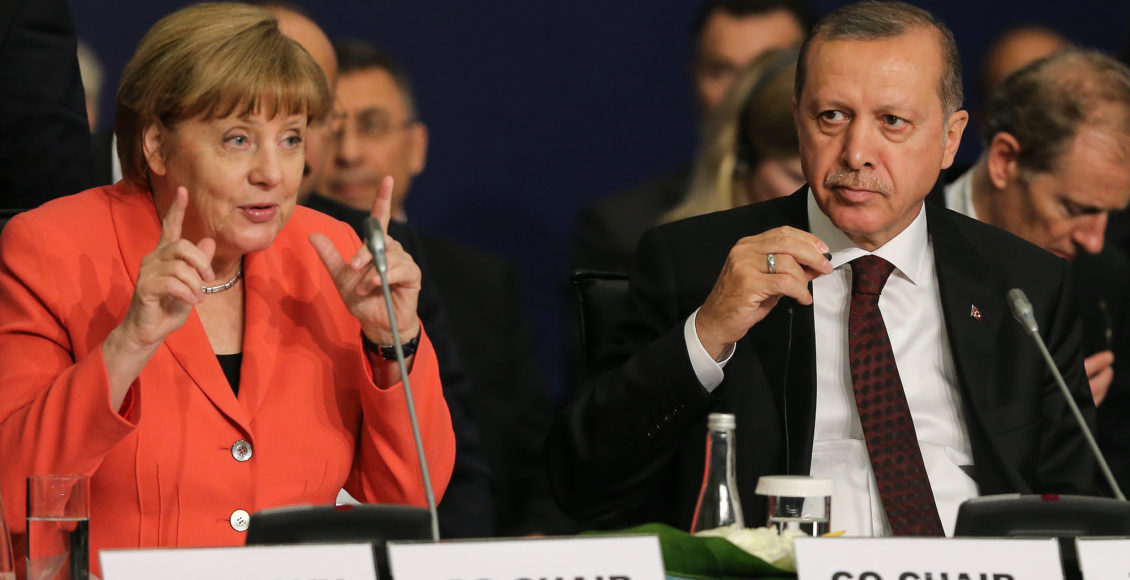 As one of the Central Powers, the Ottoman Empire found itself on the losing side of the First World War. Shortly after, “the sick man of Europe” underwent a secularist revolution under the guidance of Turkish nationalist, nation-builder Mustafa Kemal Atatürk who dissolved the Ottoman Empire and established the Republic of Turkey. As its first president he was one of the most prominent visionaries of the 20th century, seeking to carry out large-scale socioeconomic reforms that would transform an antiquated, Islamist empire into a modern, secular, nation-state. Ataturk put an end to the Caliphate and began the process of Westernization within the government, education system, and religious sphere. His goal was to encourage a new way of living in a state that he believed could fit in neatly among its European neighbours in the populist era, all while never losing sight of the diverse Turkish culture.

Thus, we can see that from its very beginnings in 1922, that Turkey was founded on the principles of a leader who sought to take it out of the dark oppression of the sultan and into the light of republicanism, modernization, and Europeanization. Why Ataturk’s vision never amounted to the inclusion of Turkey into Europe as he would have wished, even to this day, can essentially come down to a finger-point at Europe itself. Turkey’s absence from the European Community/Union is nearly seventy years in the making and is truly a black eye on the continent.

In the wake of the Second World War, Turkey became one of the founding members of the Council of Europe. As the sister organization of the economically-focused European Community (EC) that we now call the EU, the Council of Europe is an organization that was created to promote human rights, democracy, and the rule of law. The realization that Turkey helped to establish an organization of equal value to the EC and yet to this day remains unwelcomed into the latter group in which many of its European neighbours requested and were granted access to much later is quite shocking. This raises the question of when Europe’s “esteemed” politicians will finally come to grips with the mistake they have repeatedly made and accept the blame for keeping Turkey out of their exclusive little club?

Outlining the story line of Turkey’s tireless attempts to join the EU help one to recognize how a simple request has turned into a major regional issue in the last fifty years. Accession to the community really began in 1963 when the Ankara Agreement was signed creating an association between Turkey and the European Community. This was done with the assumption, from both sides, that Turkey would be added within the next few years. However, inexplicably, membership never moved pass this associate stage.

Over twenty years later, Turkey once again attempted to submit an application for formal membership into the European Community in 1987. This time, the European Commission confirmed that Turkey would be admitted, but that it once again would have to wait due it’s territorial disputes with Cyprus and its poor diplomatic relations with Greece. What is even stranger is that in this period of “waiting”, the existing customs union was signed between the EU and Turkey in 1995, in which Turkish goods could travel freely across Europe. What this meant, in other words, was that Turks could freely manufacture and export their goods across Europe without hassle, and yet when they themselves wished to travel the continent be it for travel, work, or education, they could not do so without a visa.

It was ultimately in 1999 that Turkey’s current status with respect to the EU was granted. In that year it was ambiguously labelled an EU “candidate country”, a status it shares alongside a handful of Balkan states such as Albania and Macedonia that it happens to dwarfs in both size and economy. The fact that Turkey remains equally in candidate status along with other European countries that nowhere near matter as much to the continent’s economic well-being is ridiculous.

Another six years went by before formal negotiations officially went underway in 2005 and over ten years later, not only is Turkey not yet an EU member but negotiations have been frozen as of this year. On November 24th, in a vote of 479 votes for to 37 against, the EU parliament formally agreed to put a hold on accession talks. This comes on the heels of an eventful summer in which July 15 coup d’état was forcefully put down by the government and questionable anti- terrorist strategies have greatly reduced European trust in President Erdoğan. In addition, the Turkish government has purged thousands of public servants and has engaged in talk to reinstate the death penalty.

The cry from Turks such as the Turkish EU Affairs Minister, Ömer Çelik, that xenophobia, lack of compassion, and a perpetual distaste for President Erdoğan are plaguing the minds of European politicians, seems as if it is not far from the truth. At this point one can only assume that ethno-religious prejudice against Turkey, a country that is between 96 to 99% Muslim, is the real factor behind the delay. It seems as if the rest of the claims such as the fear that Turkey will reinstate the death penalty, are the latest excuses to avoid having to allow giving millions of Muslims unrestricted access to Europe.

At this point in time, the parliamentary vote is not set in stone, as it requires approval from the European Commission (the E.U’s inter-governmental executive branch), to be authorized. However, in the changing international system, where we are seeing a shift away from the unipolar status quo towards possibly the first bipolar structure since the Cold War, the EU would be unwise to act in ways that would make Turkey its enemy. The rising hegemony of China and the increasing power of the BRICS countries, of which Turkey can safely be included, is uncharted territory for world order and the Western world would be wise to ensure fluid diplomatic relations with as many of those countries as possible. A future in which a fed-up Turkey breaks ties with the West, and allies itself more tightly with China and Russia is not a bright one for world peace.

On top of this, the ongoing Syrian refugee crisis at which Turkey is in the centre of makes it even more crucial that the EU tread lightly. President Erdoğan has threatened to repeal the deal he signed with the EU in March of this year. The joint action plan ended the irregular migration of Syrian refugees through Turkey into Europe in exchange for billions of dollars of EU funding for the building of housing facilities by the Turkish government. Once again, this should serve to remind the Europeans, especially German Chancellor Angela Merkel, of the power that President Erdoğan holds in the region and how angering him could have drastic effects on the safety of Europe as a whole.

As has been the case for the last seventy years, Turkey’s long-waited journey to the EU has come across another roadblock. One which no one knows if it can overcome. Though no fault of its own, it has been the victim of tragedy over the last year, each of which it has been summarily criticized for by its European neighbours. The famous expression “don’t kick someone when they are down” comes into play here at a crucial time in world politics. The EU has a choice with respect to Turkey. It can either lend it a hand by granting it membership while working with it to iron out the last few reforms. Or, it can continue to close the lines of communication, make enemies with a powerful G20 nation, and jeopardize the status quo. Let’s see what it decides.

The featured image “Political Leadership to Prevent and End Conflict” by Salih Zeki Fazlıoğlu is licensed under CC BY-ND 2.0