Life, Privacy, and the Pursuit of Happiness: America’s Great Failure 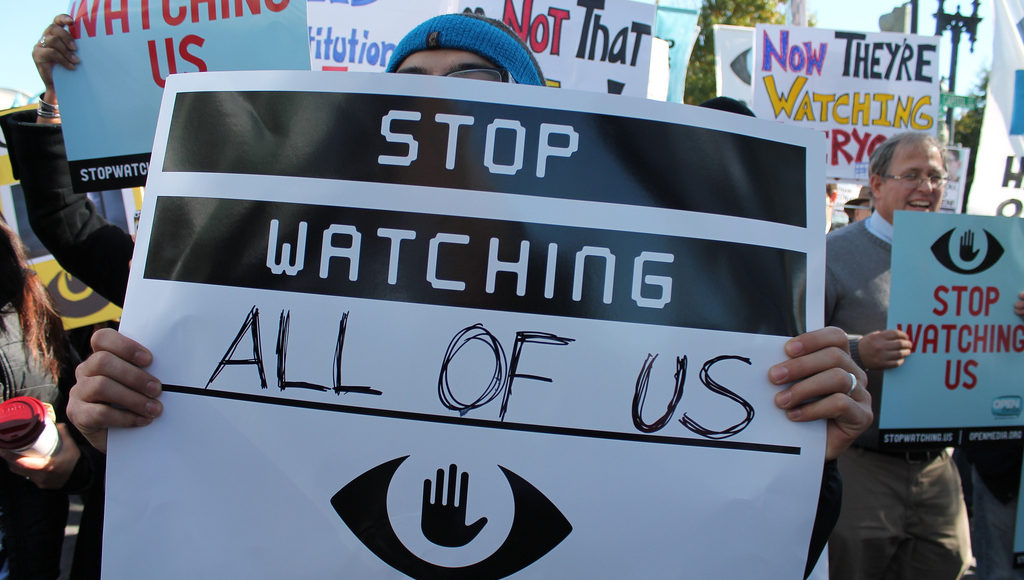 Privacy is a complicated term. It has many definitions and people have differing viewpoints on where its reach should be limited. As author Richard Glenn (2003) explains, privacy can reference issues of distancing oneself from the community, controlling how one lives their life, or even matters of secrecy. Legally speaking, all of these kinds of privacy and more play an important role.

In the United States, privacy has never been as widely proclaimed as an inherent right compared to that of freedom of speech or even the right to bear arms. However, it is one of the most important protections for US citizens. Maybe because of its absence in the public discourse, issues of privacy in the US that contradict the country’s foundational ideals and own constitution remain abundant.

America has always believed in the importance of privacy for its citizens. During its formation in the late 1700s, the Founding Fathers of the US structured the new country using a foundation of limited government and self-determination (Glenn 2003). These driving ideals are encompassed in the famous phrase that all people have a right to “life, liberty, and the pursuit of happiness,” as proclaimed in the Declaration of Independence. In understanding the importance of limited government and liberty, privacy is a logical continuation of these values. The Founding Fathers confirmed this in the Fourth Amendment of the Constitution, affirming “The right of the people to be secure in their persons, houses, papers, and effects, against unreasonable searches and seizures.”

In 2013, Edward Snowden showed the world how the American government failed to uphold these values. Since Congress passed the USA Patriot Act in response to 9/11, the National Security Agency (NSA) has been able to conduct widespread surveillance on those within the country. Although the passive bulk collection of metadata from phone records and the Internet was banned by Congress when it passed the USA Freedom Act in 2015, there are still programs in place that allow for the collection of private information without a warrant from Americans who are not under any specific suspicion of terrorism. Supporters of the Patriot Act claim it is vital to the ability of the government to prevent terrorist attacks. However, in an analysis of Section 215, the most infamous part of the Patriot Act, the Privacy and Civil Liberties Oversight Board found no evidence that the program “directly contributed to the discovery of a previously unknown terrorist plot or the disruption of a terrorist attack.” This behavior egregiously neglects America’s fundamental values of both limited government and self-determination, with no sign of respecting liberty either.

In addition to being an important value since the country’s foundation, privacy is also protected by law in the US. Since 1965, privacy has been recognized as a constitutional right. Although it is a particular right in that it was constructed using language from six of the constitutional amendments, its importance in decisional privacy cases has been very important since then (McThomas 2013). Privacy laws in the US are split into proprietary and decisional privacy (McThomas 2013). Proprietary privacy laws protect one’s belongings and information, such that the NSA’s surveillance of American citizens is unconstitutional. Decisional privacy laws protect how one decides to live their personal life (McThomas 2013). This includes marriage, education, pregnancy, sexuality, and other intimate aspects of life that rightfully should not include the government.

This is precisely what was agreed upon by the Supreme Court in the 1965 Griswold v. Connecticut case that struck down a law prohibiting the use of any contraceptives by arguing the government had no place in the private life of a citizen (McThomas 2013). The Court’s verdict went on to influence the decisions in Roe v. Wade and Obergefell v. Hodges, nationally legalizing abortion and same-sex marriage respectively. These advancements in the protection of privacy are a positive movement in recognizing the constitutional right to decisional privacy. However, it is possible these decisions will be overturned in the future, as decisional privacy is protected by substantive due process, meaning protected without explicitly being in the US Constitution. The due process clause of the Fourteenth Amendment is perhaps the most ambiguous in the entire Constitution, and therefore there is much legal debate over whether it does in fact protect these other natural rights or not.

In addition, since decisional privacy laws have failed to act as an umbrella protecting all intimate parts of life that fall under decisional privacy, unlike proprietary privacy which is much easier to defend under the Fourth Amendment, there are many privacy issues that continue to be regulated under common law, meaning they are not federally regulated and up to individual states and counties (McThomas 2013). The danger of decisional privacy issues being regulated by common law is that, unlike constitutional law, common law is heavily influenced by local politics and usually favors the majority opinion. This majority usually holds certain values that might conflict with the individual’s right to decisional privacy, as seen with abortion and same-sex marriage, so the laws enacted frequently please the majority, rather than protect the minority (McThomas 2013). Mary McThomas (2013) further explained that “The added irony in this case is that the right to privacy is the most explicit right against the public majority. Law can be a vehicle of social transformation–but not if social norms are forming the laws” (p. 7). Decisional privacy is not being protected to the extent it should be as a constitutional right, and even things that are protected under the constitutional right to privacy might not continue to be depending on future members of the Supreme Court–a fact which is of itself goes against the meaning of a constitutional right.

So, why are mass surveillance and one’s personal life scrutinized by the majority such important issues? Why is privacy even a necessary right? The french philosopher Michel Foucault’s perspective on surveillance and privacy is helpful in answering these questions. Foucault explained how the ceaseless possibility of being watched by an authority is “a type of power that is applied to individuals in the form of continuous individual supervision, in the form of control, punishment, and compensation, and in the form of correction, that is, the moulding and transformation of individuals in terms of certain norms” (p. 176, Greenwald 2013). Foucault also described how especially effective forms of this social control make individuals internalize the authority, essentially undergoing self-surveillance and behaving as if they are always being watched regardless of whether they are in public or private (Greenwald 2013). This is the most dangerous form of surveillance, as it makes a society seem free because the individual is technically deciding to act according to social norms of their own accord, even when in reality they have been conditioned to do so (Greenwald 2013). Currently, America’s foundational ideals are being eroded by misunderstanding and misinterpretation while the government increasingly encroaches on the intimate lives of its citizens. In the end, US citizens are at risk of losing their autonomy of thought and action through self-regulation if the country continues its war on privacy.

America has failed to protect the privacy of its citizens. Not only are there constitutional decisional privacy rights currently decided by the whims of the majority through common law, but the federal government has taken actions that infringe on the individual constitutional right of privacy by engaging in mass surveillance that affects every citizen. Renowned journalist Glenn Greenwald (2014) synthesized why exactly these realities are so unsettling in writing “the desire for privacy is shared by us all as an essential, not ancillary, part of what it means to be human. We all instinctively understand that the private realm is where we can act, think, speak, write, experiment, and choose how to be, away from the judgmental eyes of others. Privacy is a core condition of being a free person” (p. 172). While the reality of America continues to be that of neglected privacy rights and unconstitutional mass surveillance, can the country really claim to stand for liberty and be the home of the free?