Lindsey Graham Gave Trump All, And Now He’s Nothing 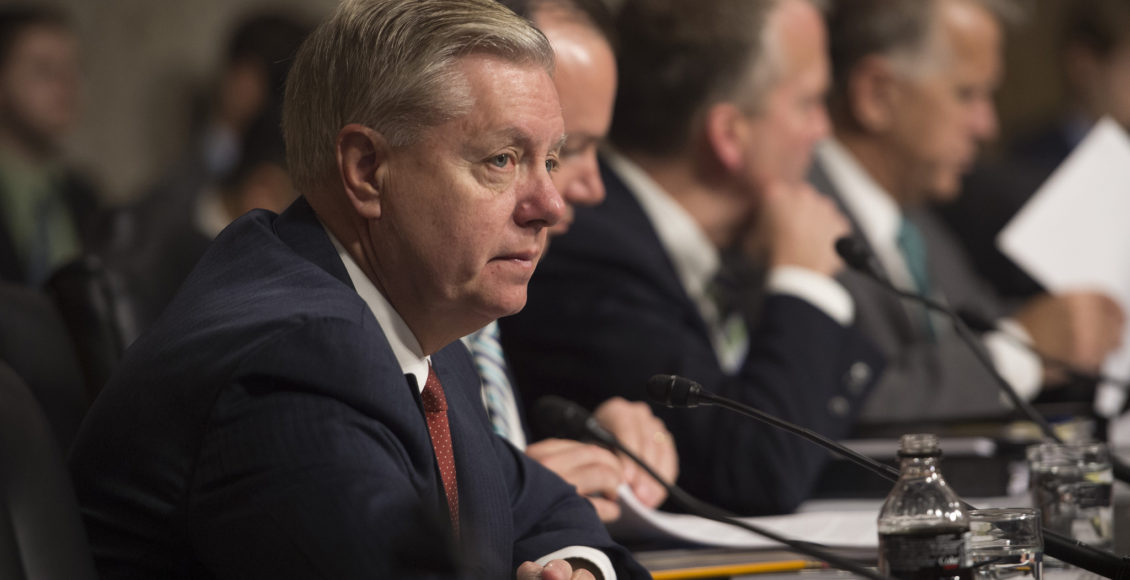 For his first few terms in the Senate, the South Carolinian made a name for himself as an affable appendage to Arizona’s famous Maverick, John McCain. Under McCain’s tutelage, Graham’s legislative record became similarly dotted with the deviations from the Republican party line for which the Senator from Arizona had become known. Together, the two men represented a spirit of principle and bipartisanship that was—and is—dying in America, negotiating with Democrats on issues ranging from citizenship for undocumented immigrants to criminal justice reform. Graham was the conservative that all the liberals liked—a refreshingly moderate identity in a polarized system.

When Graham’s presidential poll numbers stagnated in single-digits, the Senator withdrew from the ballot, but remained in the limelight. Punchily, he took to CNN in 2015 to call Donald Trump a “jackass,”  and returned a few months later to call the then-President Elect a “race-bating, xenophobic religious bigot.” For these and other acts of Never-Trumper conservatism, Graham had earned McCain’s handshake, the left’s approval, and a flood of airtime from several major media outlets.

But that started to change in 2017, as Trump settled into the Presidency and an ailing McCain retired from his post. Forces were shifting, and the gravity of the Maverick that had always tethered Graham to the moderate wing of the Republican Party had withered. The incentives to break loose—to get close to the power suddenly held by a man Graham had once made his nemesis—seemed overwhelming. No longer revolving around McCain, then, the South Carolinian talked of the importance of “Get[ting] in Trump’s orbit” instead.

Soon, the two men were discussing Afghanistan over rounds of golf, Graham going public with his support by ‘Trumpifying’ his Twitter account. Just a few weeks ago, as the impeachment inquiry into Trump was getting off the ground, the Senator lamented that the whistleblower’s information was mere “hearsay,” and stressing that the ordeal was a witch hunt. In just two years, the man has gone from skeptic to sycophant, abandoning that nuanced, centre-right niche into which he had previously etched his legislative identity.

This transition has become common knowledge. After all, the subject of Lindsey Graham’s whiplash-inducing about-face on Trump has been the subject of countless columns and one detailed episode of the New York Times’ podcast, The Daily. What the media discusses far less, however, is why the Senator turned when he did. What benefits did he imagine he would accrue, and at what costs? And in the impeachment flurry of late 2019, has he realized that those imagined gains will never come?

In terms of potential gains from a pro-Trump about-face, the first and most obvious for Senator Graham was the simple luxury of being in the man’s “orbit.” Having built a political brand around an opposition to the president, his flip-flop was inevitably high profile, and received with accordant pomp by the White House. At a press conference in late 2018, Graham proudly recounted a conversation with Trump  about immigration, but also about continuing the American presence in Syria, an important issue to a man who had always been among the Senate’s most unflinching military hawks. Perhaps from his insider’s perch, he hoped to influence foreign policy by circumventing his own legislative branch and pulling the strings of the executive.

There were also his electoral prospects to consider. With Trump’s term halfway over and the 2020 Senatorial race fast approaching, Graham might have estimated that aligning with the president would help re-stabilize his Southern, white, ideologically conservative base of support, effectively insulating him from a primary challenge from a younger Tea Party hopeful. Moreover, the timing suggests Graham reasoned that a public shift of this nature would boost his popularity among right-wing media networks. Rather than being the outlying conservative presence on NBC and CNN, Graham could become one of the more stand-out faces on Fox News, a platform welcomed by his target demographic of South Carolinians.

But now, it is clear that Graham miscalculated the benefits of his realignment in comparison to the costs.

Any influence Graham might have wielded as a sort of “new member’s bonus” inside the Trump camp has since petered out. That reality became evident just the other week, when the President announced his decision to pull American forces from the Kurdish zone of Northern Syria. Ever the hawk, Graham blasted Trump’s call on Twitter, referring to his removal of forces as a “shameless abandonment” of allies. Trump has not capitulated, and Graham has pivoted to obtaining the president’s cooperation in imposing “crippling sanctions,” against Turkey. When, this past week, Trump commented that that country’s potential invasion of northern Syria was “of no consequence” to the United States, Graham took to a Foreign Relations Committee hearing to call the move “screwed up.” On Wednesday, Trump lifted the aforementioned sanctions entirely. Far from sculpting American foreign policy for this administration, then, Graham can barely scrape together Graham is simply scraping together consolation prizes–and even those have fallen through.

Electorally, moreover, it seems as though the Senator overestimated the boost he would receive from aligning with the president. After all, his margins of victory in previous elections have all been relatively wide. Though there was wide speculation that Graham would be vulnerable to a primary challenge from within the Tea Party wing of the GOP in 2014, no such challenger came. Perhaps Graham believed that pivoting to Trump would re-secure the uber-conservative voting base that the Tea Party had begun to eye six years ago, assuring them of his rightwing credentials. It’s true that this time around there looks to be no serious threat to his nomination from within the GOP. Ironically, it seems a significant portion of Graham’s past general election success has come from voters who put stock in his moderate, cooperative approach to Congressional affairs. A poll from late September indicates that many of them are inclined to support the Democrat in this election. Thus, in his Trumpian pivot, Graham re-cultivated popularity among a group whose votes he already had, and neglected to cater to those whose support he has enjoyed in the past.

Finally, when it comes to broad visibility, the massive gains Graham might have anticipated have played out far more modestly. While he still occasionally appears on some programs, the Senator has not garnered a substantial increase in attention from Fox News since his Trump conversion. In fact, a cursory search of his name today leads to several centre and liberal outlets, from CNN to the New York Times, which still dominate his media coverage, albeit with articles decrying his fall from grace. The mere presence of these stories—the fact that “What Happened to Lindsey Graham?”—is not just the title of the Times’ podcast episode, but a summary of an entire emerging discourse, reinforces the Senator’s image as a flip-flopping sycophant before it lends any credence to his conservative image.

How Lindsey Graham behaves throughout the current impeachment inquiry into President Trump will be the most significant test of the Senator’s newfound loyalty. Indeed, as Chairman of the Senate Judiciary Committee, Graham occupies one of the most valuable Congressional positions on this issue. Last week, Graham invited President Trump’s lawyer, former New York Mayor Rudy Guliani, to testify about the president’s dubious phone call with the President of Ukraine. The invitation previewed to journalistic flurry and liberal excitement. For a millisecond, it looked like the Lindsey Graham of the previous Senatorial terms, the Graham who loathed those who defined conservatism “without leaving room to solve problems,” had returned.

But within days, there was no longer cause for excitement. Graham went on Fox and Friends to stress at the outset that he would not support impeachment. He even stated that he was asking his fellow Republicans to sign a letter to House Speaker Pelosi, affirming that, collectively, they do not take Trump’s dubious phone call with the Ukraininan President to constitute an impeachable offence, and urged Pelosi to halt the inquiry “before she destroys the country.”

In these early moments, there remains a fleeting hope that Graham will use this vestige of influence to which he clings to perform yet another political gybe. Perhaps he’ll realize that, by his own earlier metrics, he has enmeshed himself among shady characters and ugly legacies, and ought to get out fast. But ultimately, any return to moderation Graham attempts in the arduous months ahead will necessarily be an effort to scamper out of the political grave he has dug. By moving himself firmly into Trump’s camp, Graham has transitioned from uniqueness to obscurity. In the deluded quest for relevance, Lindsay Graham sacrificed an identity. The Senator gave Trump all, and now he is nothing.