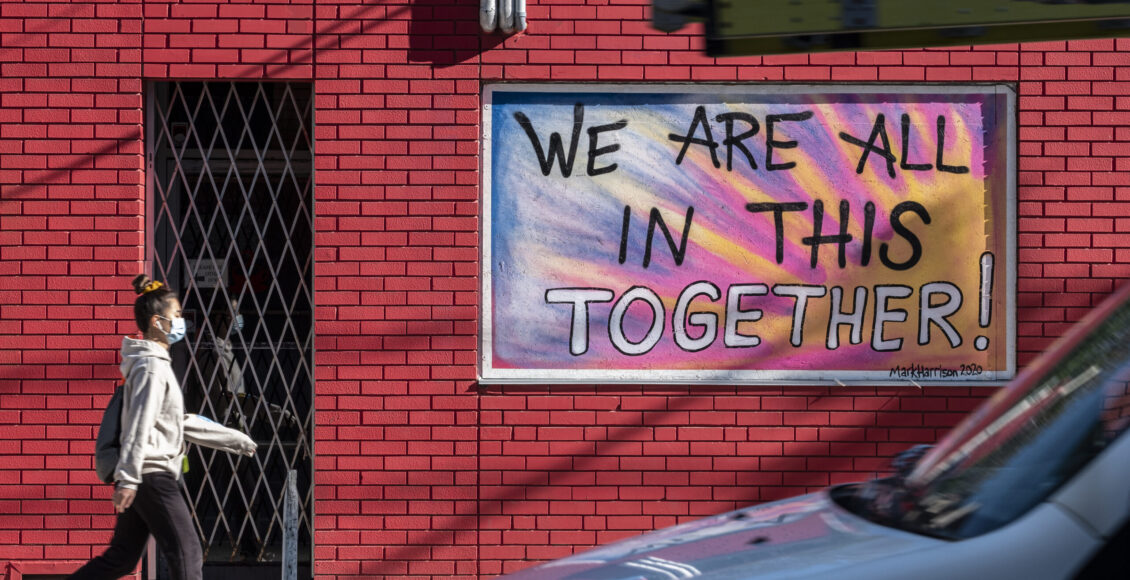 An increase in physical separation has revealed Canada’s communicative disconnect as the federal government struggles to keep a country united during the COVID-19 pandemic. Despite an increase in the approval of provincial premiers and federal representatives, an overload of online conspiracy theories and inconsistent government updates are leaving over half of Canadians suspicious of media outlets. This volume of misinformation puts both health and national unity at risk. While some provinces and regions have been recovering faster than others, a deficiency of relevant and location-specific news is feeding discord between the provinces, Ottawa, and the Canadian people.

Following a series of border closures, some provinces, such as Quebec and Ontario, have taken a posture of “every man for themselves.” Enforcing inter-provincial borders and a ban on non-essential travel, larger provinces are learning to balance safety measures to suit the concerns of both highly-infected urban centres and smaller towns with less cases. Meanwhile, as British Columbia keeps its curve low, and Maritime provinces continue stages of reopening, the unaddressed imbalance of Canada’s COVID-19 protocol fuels impatience in areas that are slow to restart. Just as social distancing demands more complexity than “stay home” orders, the distribution of information must be addressed with greater regional specificity. As Prince Edward Island Premier Dennis King explained after the CBC terminated a local news program, “with the health and safety of Islanders at the forefront, it is vital that we continue to share the latest information with Islanders in real time.” King reasoned that the CBC provides the only accessible news source for many residents, and that “now is not the time for the CBC to suspend its local news programming.” Prince Edward Island is looking towards their third stage of reopening, as the province has not discovered any new incidences of COVID-19 in over a month.

The state of the economy fuels an additional anxiety for Canadian business owners, who have been the most affected by provincial inconsistency. In March, the Federal government advised that events larger than 50 attendees be cancelled, while the City of Ottawa limited groups to five people, and Quebec set a cap at 250. For personal events, the lack of consensus may have caused confusion, but for business owners, the difference left many unsure of how to continue operations. Alberta addressed this need for specificity by allowing the declaration of local states of emergency. Calgary quickly restricted the number of people permitted in businesses, while Edmonton let businesses continue as usual for a number of weeks. A focus on regional control and coverage by the province, supported by news sources in Edmonton and Calgary, has allowed the spread to be contained to Calgary and southern Alberta, while Edmonton and less-affected regions allow their states of emergency to expire. Furthermore, the province’s overall rate of infection is disproportionately low: Alberta represents 11.5 per cent of the population of Canada, but only 7.6 per cent of COVID-19 cases.

Should the governing powers in Ottawa and within the CBC seek the same effectiveness as local broadcasters, they must present themselves to the public in a transparent way. The CBC’s insufficient coverage of relevant concerns contributes to the Canadian communicative disconnect, not only on the subject of COVID-19, but of the Canadian government’s interaction with local entities as well. For example, in January, negotiations began between the Wet’suwet’en Nation and the Federal government regarding the construction of the Coastal GasLink Pipeline on Wet’suwet’en land in British Columbia. Following a series of protests across Canada, the actions of the RCMP, and the subsequent railway blockades, these negotiations caught the attention of mainstream news sources. As recently as May 14th, the Liberal government has been negotiating deals with hereditary and elected chiefs regarding the pipeline, a crucial development to a story that dominated the media in January. However, the CBC has allowed these developments to go uncovered: within the last four months, it has published more pieces on the American Presidential race than on the pipeline negotiations happening at home.

An absence of journalistic integrity is also found in the CBC’s coverage of Canada Post’s protest of the Epoch Times. A postal workers union in Toronto alleged that the paper is inflammatory and xenophobic for its coverage of the Chinese Communist Party in relation to COVID-19. The Federal government denied the union’s request to halt the paper’s distribution, yet the CBC covered the story to support the union’s dismissed argument. Perhaps because the Epoch Times is not aligned with their coverage of the pandemic, the CBC omitted from their article that the paper’s authors are Chinese-Canadian and American immigrants who have been victimized by the Chinese government.  Contrary to their mandate to “encourage the development of Canadian expression,” their omission of certain Canadian perspectives does not uphold the CBC’s own journalistic standards.

This year, the CBC is up to renew their broadcasting license from the Canadian Radio-television and Telecommunications Commission (CRTC), an organization which protects and ensures adequate Canadian coverage. The CBC has failed to broadcast in accordance with the CRTC’s mandate, both in their approach to regional and ethnic diversity and the circulation of relevant news programming. Their inadequate coverage of Indigenous peoples and dwindling support for local news, as well as their misconduct with journalists, has failed to align with even the broad demands of the 1991 Broadcasting Act — to provide “accessible and discoverable” press that reflects “high-quality and reliable news and information.”

The CBC has failed to uphold Canadian interests, neglecting early regional concerns regarding COVID-19 and engaging in inflammatory coverage of opposing sources. The CBC says they promote local sources, and yet they have withdrawn their funding of regional broadcasts. To the CRTC, they promise to highlight and support Canadian content, and yet they have silenced journalists’ voices. If Canada wants to bounce back from the pandemic, the CBC must endeavour to keep its viewers informed. COVID-19 is not simply a federal or metropolitan issue, and must be addressed by the CBC the same way that Canadians have responded: with integrity. Across the country, many are adjusting to working from home and staying local, and the CBC must follow the lead of the public by working for local communities. The necessity of regional news and reliable journalism are emphasized in a state of crisis, and when the national broadcaster fails to work for the people, they must be held accountable by sources that can.

Featured image: “We Are All In This Together 1236” by Timothy Neesam is licensed under CC BY-ND 2.0