A Lost Generation: Syrian Children and Barriers to Education in Turkey 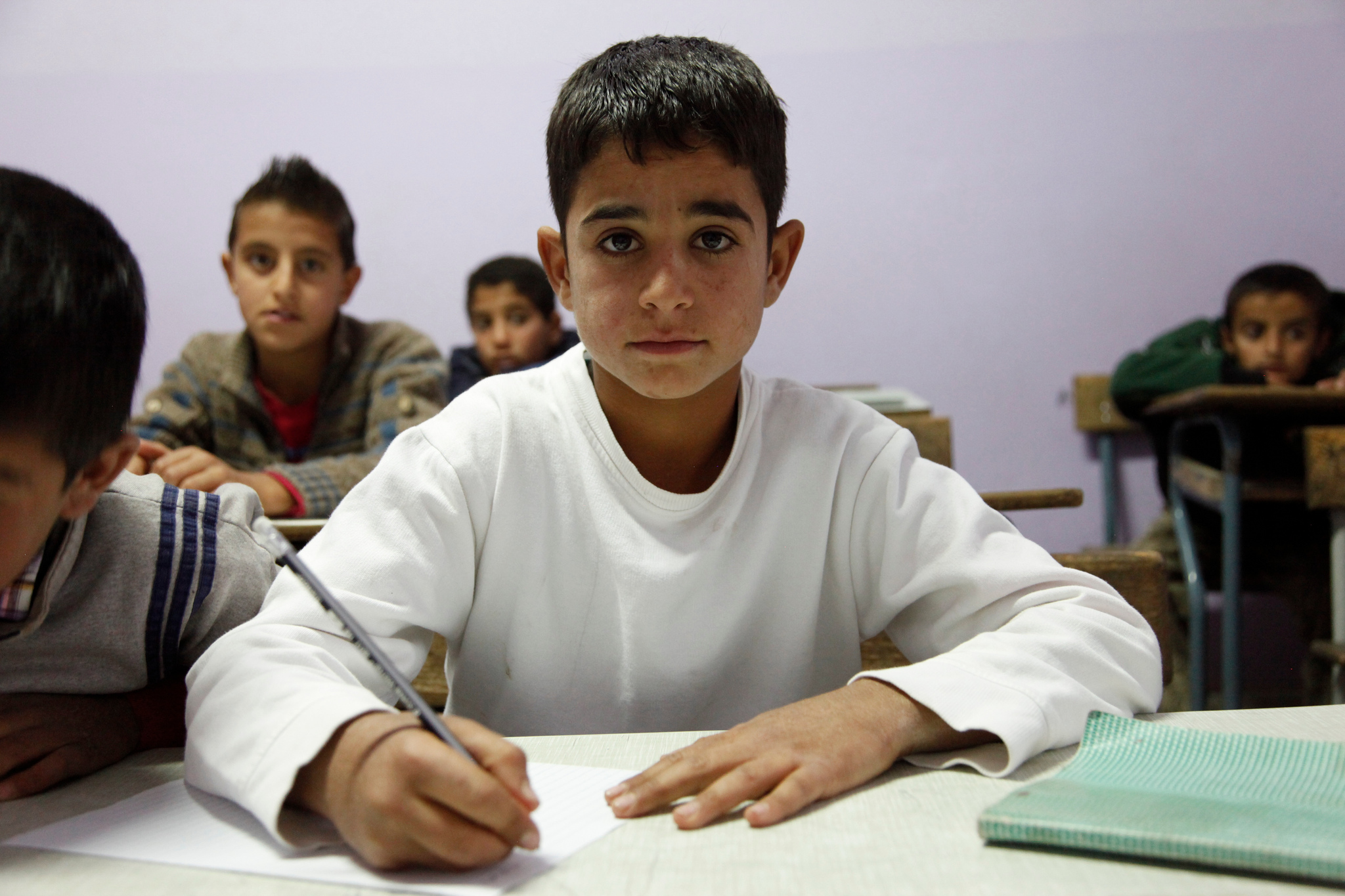 Since the onset of the Syrian Civil War in 2011, millions of Syrian citizens have sought refuge, primarily in neighbouring countries and in Europe. The largest influx of Syrian refugees has been into Turkey. As of February 2017, UNHCR reports that over 2.9 million Syrians have registered as refugees in Turkey. Of these 2.9 million refugees, approximately 900,000 are between the ages of 5 and 17 and are thus school-aged children. As families fled their homes in Syria, children were ultimately forced to abandon school as they sought safety in foreign countries. Six years into the largest refugee crisis of our time, many Syrian children have yet to re-enroll in school, while others have simply joined the workforce. In January 2017, UNICEF Deputy Executive Director stated that there is a “real risk of a ‘lost generation’ of Syrian children, deprived of the skills they will one day need to rebuild their country.” Seemingly recognizing this fact, the Turkish government, with the help of numerous NGOs, has improved access to education for Syrian child refugees; however, much more must be done.

Since June 2016, there has been a more than 50% increase in school enrolment of Syrian refugees in Turkish schools, meaning that almost 500,000 Syrian children are attending school in 2017. However, there remain approximately 380,000 Syrian child refugees who are still not in school, accounting for just over 40% of school-aged children. The Turkish government, NGOs, and the EU must be applauded for their actions and investments leading to the large increase in school enrolment this year, but more work must be done to ensure that all Syrian children have the opportunity to attend school. There are three main reasons why Syrian children still do not have access to schools, whether they be run by the Turkish government or other organizations. First, lack of work and income for Syrian refugees in Turkey means that families must often choose to spend their money on basic needs instead of paying school fees. Secondly, provoked by impoverished conditions, many children are entering the workforce –often illegally– in order to make small wages to help their families. Lastly, the language barrier for Syrian children entering into Turkish schools has been difficult to overcome and has discouraged older children from attending Turkish schools.

The inability for families to pay for schooling –which often requires expenses on fees, uniforms, and transportation– is a main reason why education is inaccessible to Syrian children in Turkey. Since the beginning of the Syrian refugee crisis, it has been increasingly difficult for adult Syrians to find legal work in Turkey and, thus, earn a suitable wage. Most Syrians who do find employment in Turkey are working in the black economy and do not make an income that allows them to afford such “luxuries” as healthcare and education. The Turkish government has attempted to decrease the amount of Syrians working in the black economy by issuing work permits to registered refugees. However, since the implementation of this regulation, only 13,298 permits have been issued to Syrians, accounting for less than 0.5% of registered refugees. With very few Syrians working legally in Turkey, refugee families lack adequate resources to spend on education. As Overseas Development Institute Executive Director Kevin Watkins states, “if you’re a parent faced with a choice of giving your children a square meal at the end of the day, or paying for the transport… to send them to school… you’re likely to make a choice in favor of adequate nutrition.” If Syrian refugees continue to be unable to enter the legal workforce, even to work low-wage jobs, these families will continue to live in extreme poverty, and ultimately have no choice but to cut their children’s education from their expenses. Although free schools have opened up within refugee camps, often with the help of UNICEF and UNHCR, they will not be able to handle the hundreds of thousands of refugee children who are not living in camps and who are still out of school.

As adult Syrian refugees struggle to earn enough money to provide basic needs for their family, children have been persuaded, or even forced, into entering the workforce. These children are consequently unable to attend school and work illegally for long hours, making less than Turkish minimum wage. In October 2016, BBC’s television program Panorama found that at least seven Syrian children were working in factories making clothes for U.K. company Marks and Spencer and online retailer Asos. Sadly, the exploitation of child labour in Turkey is only growing with the increase of refugees. These child workers, often found in clothing manufacturing factories, make only a few dollars a day, but this supplemental income is vital for families to improve their living conditions. As long as adult refugees continue to be underpaid working in the black economy and there is demand for cheap labour in the garment industry, their children will be forced to enter the workforce and forgo their education.

In addition to the financial and employment barriers they face, millions of Syrians refugees in Turkey also remain isolated from greater society due to the language barrier. While language is one of the largest obstacles for refugees to find employment in Turkey, it has also particularly been at the heart of the inability for children to access education. The majority of Syrian child refugees do not live in camps, a fact which pushes them primarily into Turkish schools to access education. However, Arabic-speaking Syrians face tremendous barriers if and when they enter Turkish-speaking schools, having difficulties succeeding in school and facing serious issues regarding social integration. A broad solution to ensure that Syrian children can defeat the language barrier is not simple, but the Turkish government and NGOs have enacted effective policies and programs on this subject. There is an expanding network of special Arabic-language schools, which give students the opportunity to continue their studies and provide them with the tools to rebuild their country when given the chance. In addition, the Turkish government has provided funding for language classes for refugees of all ages, allowing children to gain a grasp of the Turkish language in order to attend more socially integrated schools.

While solutions to this multidimensional problem will not be easily implemented, there are policies and initiatives that may be beneficial for both Syrian child refugees and the Turkish state. Implementing the work permit program already enacted by the Turkish government will allow more Syrians to enter the legal workforce, earn better wages, provide labour to Turkey’s growing industries, ultimately allowing more children to access education. By cracking down on the illegal child labour, the Turkish government can stop the increase in children working in the garment industry and, in tandem with other school promotion programs, can play the leading role in providing schooling opportunities for thousands of Syrian children. Lastly, the government and NGOs must provide Turkish language programs, aimed specifically at young Syrian refugees, who may then have a better chance at attending and succeeding in Turkish schools. Child refugees are often left hopeless in exile; however education may be their only opportunity for a sense of normalcy and hope of a better future. If the world wants to reverse the current trend of a lost generation and allow Syrians to take control of their country in the future, Syrian children must have access to the education that they deserve.