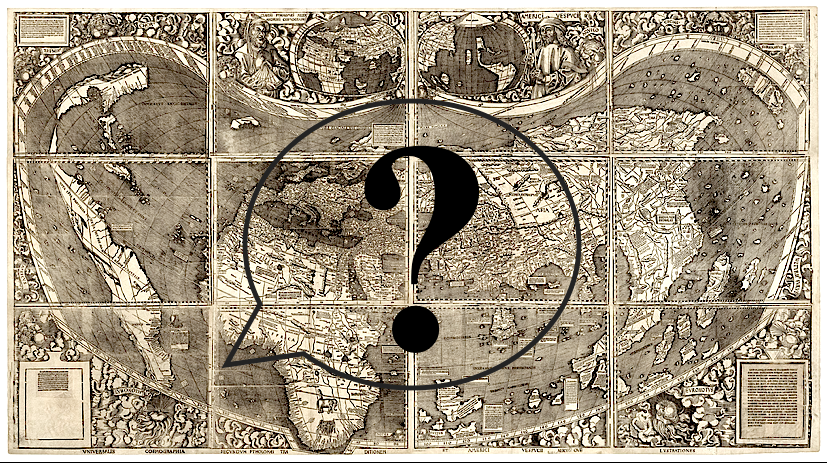 Who isn’t familiar with JFK’s famous words “Ich Bin Ein Berliner”? Would you believe me If I told you the correct meaning of this phrase is “I am a doughnut”? The addition of ‘ein’ before ‘berliner’ transforms the meaning of the noun from citizen of Berlin into berliner, a doughnut-like pastry, a specialty of the capital. This makes for a fun anecdote but also displays a certain laxness on the speech author’s part. (1)

The use of the Internet seems to have stressed a form of degradation in journalistic rigor. By having a digital platform, the press, journalists, and also television networks, offer their services ‘for free’ by getting funding through the advertising revenue of websites and TV networks. This has led to a decrease in revenue – from loss of subscribers – and hence an increase in competition within the realm of the mediascape. This competition to attract the biggest amount of consumers has used as weapons sensationalist tactics and controversial headlines. This should not come as a surprise, after all, the media are enterprises that need to generate capital in order to survive. However, this becomes an issue when the race for views outweighs the importance of the race for information. More and more cases of botched journalism seem to happen, from non-verified information to rough translation, a worrying issue for these institutions so key to democracy.

This is a multidimensional issue, which can be looked at through various lenses. One of them, often neglected, is translation. The Internet has allowed for the lowering of borders while simultaneously increasing the importance of international relations. However, linguistic borders remain. A translator’s job is crucial, as sometimes one word, if not translated well enough, can change the meaning of a whole declaration.

June of 2014, Vladimir Putin granted an exclusive interview to French TV and Radio, TF1 and Europe 1. During the interview he was asked to react to Hilary Clinton’s declaration towards his actions which compared them to those of Adolf Hitler pre-WWII. Putin’s response was translated as: “It is preferable not to debate with women.“ Yet, the Russian leader had used the verb  “sporitsya” whose meaning changes depending on the context it is used in. The sentence should have been translated as “It is preferable not to quarrel with women”, a small nuance but a relevant one. The translator then went on to declare that Putin had said that “when people exceed the limits, it is not because they’re too strong, but rather because they’re too weak. But maybe weakness isn’t the worst flaw for a woman” even though a more accurate translation would have been “but maybe weakness is not the worst of traits in a women”.(2). Obviously, Mr. Putin is no women’s rights advocate, but does this really come as a surprise? The issue here is that the wrongful translation eclipsed the importance of the main topic of conversation. The discussion post-interview revolved around his misogynistic declaration rather than the Ukrainian crisis and the annexation of Crimea.

A similar case of rough translation is Anne Hidalgo’s interview with CNN. Paris’ mayor was invited to react to Fox News’ report on fictional “no-go zones”. (3) The network’s journalist asked her whether and how she planned on responding to the fake report to which she actually answered that she was contemplating suing Fox News. Her words however were translated as “I think we’ll have to sue” (4). The nuance of “contemplating” was not properly translated, changing possibility into inevitability. The determination present in the translation was not present in the original statement. Following this interview, the mayor’s falsely translated declaration was shared by multiple medias worldwide. Theories on whether the trial would be won or lost were put forward and the political figure was humiliated. Even though her real intentions regarding legal action against Fox News cannot be verified, it’s undeniable that following the mistranslation of her words she was backed into a corner, pushed towards the option of the trial. This mistranslation had a potential impact on the actions of the public figure as well as her image.

Another less mediatized example of faulty translation is the interview given to CNN by ex-ISIS hostage Didier François. The interview went as follows (translated from French by the author):

(…) They did some sort of preaching, trying to teach us…

They taught you the Koran?

So they’re not religious fanatics?

Up to here, everything seems fine, but the translators of the networks were apparently confused by the ex-hostage’s statement, translating from “we didn’t even have the Koran, they would not give it to us” in French to “they didn’t even have the Koran” in English. (5). The narrative of the French citizen was completely misrepresented, at the benefit of a very enticing tweet. Journalists from Slate Magazine got in touch with François, who explained that his words had indeed been misinterpreted. CNN hence conveyed alarming misinformation about the terrorist group. Had the translation been correct, it would have revealed that Didier believed that the terrorist group, claiming to be motivated by their religious beliefs, were strictly teaching their own ideologies and not directly from the Koran. He never said that the group lacked access to the Koran.

A final example of a terrifying case of disinformation goes back to October 2005 during a conference held by Iranian President Mahmoud Ahmadinejad. During the conference he expressed himself on the ‘issue of Israel’. Following the conference, medias denounced words allegedly pronounced by the Iranian leader: his desire to “wipe (Israel) off the map”. Israel then declared itself in a state of imminent and real danger. Panic in international relations, the US Secretary of State for political affairs at the time, R. Nicholas Burns, claimed that after such declarations it was inconceivable to grant Iran the right to develop its nuclear power. However, after verifying the translation it came to light that Ahmadinejad had never spoken such words. In fact, since Iran does not recognize the existence of Israel as a state, it would be virtually impossible for it to ‘wipe it off the map’. The president’s actual words stated that he wished for the collapse of the ‘Zionist government head of the state’(6). This misinterpretation of the leader’s words led to incredible diplomatic tensions.

However big or small, cases of faulty translations in the media seem to have been multiplying over the years; a worrying tendency for an institution whose role is to inform. As Emile Cioran wrote “A translation is wrongful when it is clearer, more understandable than its original. It proves that it didn’t keep the ambiguity, and the translator chose which way to weigh the balance: which is a crime” (7).