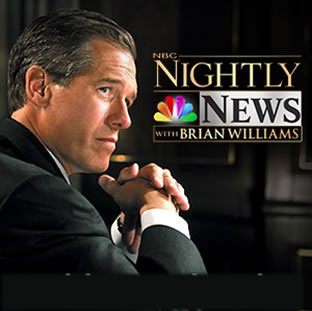 In the midst of the on-going Brian Williams controversy, some journalists, columnists and editors such as Robert Wright of The New Republic Magazine, Joe Klein from TIME magazine, and Ryan Holiday of The New York Observer newspaper, to name a few, have been stepping up to defend Williams for what journalism ethicists and the majority of journalists would agree is a violation of the greatest commandment of journalism: truth-telling.[1] In mid-February, NBC Nightly News anchor Brian Williams was self-suspended for six months without pay for having fabricated a personal story on-air about the day he rode in a helicopter while he was reporting during the 2003 US invasion of Iraq.[2] Over the years, he has publicly and falsely claimed that his helicopter was shot down by a rocket-propelled grenade (RPG), a so-called “fog of memory” which Wright and Klein have characterized as unintentional, typically human, and therefore undeserving of punishment.[3] It is difficult to push for such an argument in defense of Williams when a life-threatening situation, such as being hit by an RPG, would be nearly impossible to forget.[4]

However, the issue should not be whether Williams was consciously lying but that, as a privileged member of the press whose responsibility is to deliver the truth to the public in exchange for the freedom to report, he should not have been lying on-air in the first place about facts – regardless of whether the facts are related to personal or regular news coverage.[5] In his lie and in their defense of his lie, Williams and journalists such as Wright, Klein, and Holiday, respectively, have foregone the raison-d’être of journalism.[6] Not only has Williams’ credibility been called into question but so has that of his NBC colleagues and of all journalists.[7]

Arguing that the pursuit of truth is the ultimate goal of journalism evidently does not suggest that journalists are objective but rather that they should provide truthful factual evidence in their reporting. Peters and Broersma argue that “objectivity is a myth” in journalistic practice.[8] Indeed, the selection of stories, events, and people interviewed, and their inclusion in news stories, are inherently subjective and serve the particular mandates of each newspaper and news channel.[9] Truth-telling, instead, accurately references the hard facts that are reported on in a news story, answering the questions “who,” “what,” “when,” “where,” “why,” and “how.”[10]

According to a contractualist view of journalism ethics, journalists, including Williams, are presumably bound by an imaginary contract with the public, in which their primary responsibility is to truthfully and accurately cover news stories that enable citizens to be informed and participate in democracy in return for journalists’ freedom to report.[11] For example, the Society of Professional Journalists of the United States, one of the oldest national American codes for journalism, assumes this social contract and argues first and foremost for the responsibility of journalists to “seek truth and report it.”[12] The commitment to pursuing the truth and only the truth differentiates journalism from any other form of communication.[13] Williams and all journalists thereby carry “an authoritative voice that leaves no place for doubt,” and the public comes to trust and rely on journalists for information when critically forming their opinions about the world surrounding them.[14] Thus, this social contract suggests that journalists possess the power and responsibility to define, explain, and interpret reality for the public good.[15]

Once journalists, like Williams, breach this social contract by proving to be socially irresponsible, however, Plaisance argues that “their very reason for existence evaporates,” and their credibility, along with that of all other journalists, is undermined.[16] Although Williams lied about a personal account, his lie suggests that he may have already told a lie and/or will tell one again in the future, this time about a news story relevant to most people. Thus, news consumers can no longer trust that Williams is reporting truthfully and their contract with Williams is, in turn, broken. Williams’ lie further places into doubt the credibility of NBC News itself, of all of its journalists and editors, and of journalists elsewhere.[17] In fact, weeks after the Williams incident, the infamous journalist and political commentator Bill O’Reilly also came under fire for his own distortions of his publicly narrated personal war stories in the Falklands in 1982, featured in David Corn and Daniel Schulman’s article in Mother Jones.

Is it still safe to claim “In news we trust”? In 2012, the Pew Research Center for People and the Press revealed that the average credibility ratings for most mainstream news organizations in the U.S. had fallen from seventy-one per cent in 2002 to fifty-six per cent in 2012.[18] Since 2002, credibility rates for these major news outlets have been dropping dramatically, which suggests further declines in the future.[19] Williams’ fabrications and the allegations against O’Reilly have certainly not made matters any better. That being said, may the Williams incident be a lesson to all journalists and a reminder of their social responsibility to seek truth for the public good – even when the truth is unpopular.[20]

[10] Porlezza and Russ-Mohl, “Getting the Facts Straight in a Digital Era.”

[13] Bill Kovach and Tom Resentiel, “The Elements of Journalism: What Newspeople Should Know and the Public Should Expect,” (USL Crown Publishing Group, 2001), accessed March 1, 2015, https://books.google.ca/books?id=A1QdLpebfnIC&dq=The+elements+of+journalism.+What+newspeople+should+know+and+the+public+should+expect&source=gbs_navlinks_s.

[18] “Further decline in credibility ratings for most news organizations,” The Pew Research Center for People and the Press,” accessed March 1, 2015, http://www.people-press.org/2012/08/16/further-decline-in-credibility-ratings-for-most-news-organizations/.