Made in the USA: The Question of Puerto Rican Secession 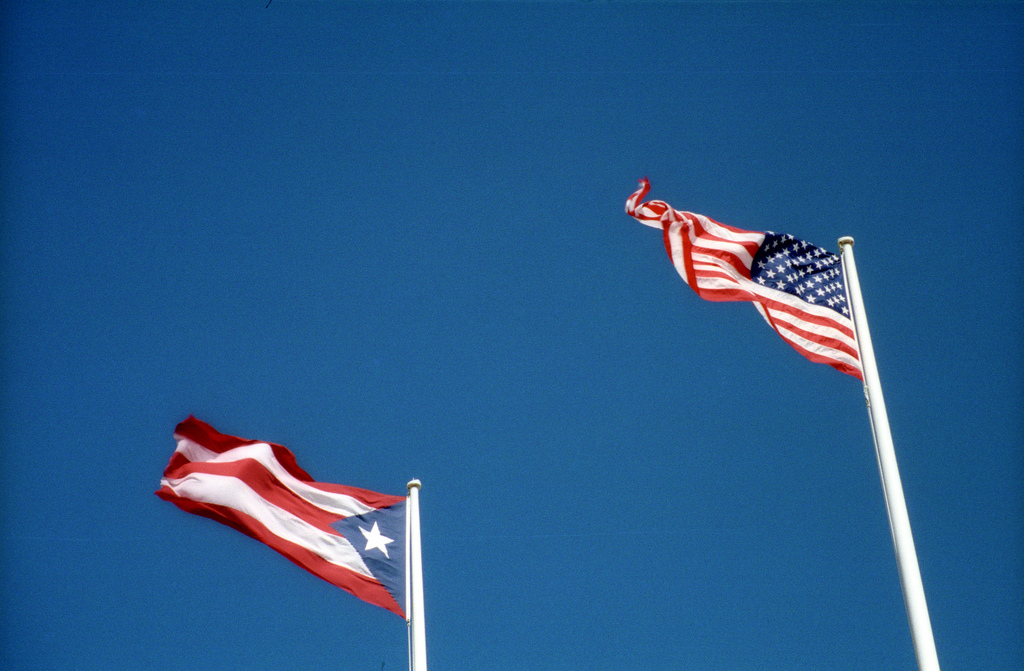 On June 2017, Puerto Rico voted in a historic referendum for statehood within the United States. An overwhelming 97 per cent of the votes were cast in favour of becoming the 51st state. However, only 23 per cent of the voting population participated, the lowest turnout ever in a status referendum for the island. In every status referendum, Puerto Ricans have the choice to redefine their relationship with the United States. They can choose to either cease being a commonwealth of the United States, thus becoming a state, or opt for a sovereign free association. Alternatively, Puerto Ricans could favour becoming an independent country. Consistently, islanders have voted heavily to remain subjects of Washington. Nevertheless, the recent disparity in results is indicative of a desire to have more benefits, representation, and financial help from the federal government. With the vote last June, Puerto Ricans clearly expressed their yearning for desire closer ties with the American nation–as a fully integrated state.

This past month, however, the situation on the island changed dramatically.  Irma and Maria, hurricane after hurricane, left Puerto Rico devastated. The tropical storms have destroyed much of the island’s infrastructure, and have prevented access to fresh water, electricity and food.  Yet, the response of the federal government has been mute. The island remains in the midst of a humanitarian crisis despite the White House’s statements indicating recovery. Moreover, a growing sense of abandonment by Washington has become further palpable as the death toll reaches hundreds of people.

The current status of Puerto Rico is similar to that of Wisconsin, Arkansas or any other American state with the difference that it has fiscal autonomy. However, unlike residents in Wisconsin or Arkansas, Puerto Ricans’ congressional representation cannot vote on the House floor in Washington, nor do they have a say in presidential elections. This condition allows the United States government to have free political intervention on the island and throughout the years, it has installed numerous military bases. Secessionist movements such as the Autonomy for Puerto Rico, the National Revolutionary Movement, and the Puerto Rican Independence Party criticize America’s criticize the continuing treatment of the island as a colony. As the federal government ignores Puerto Rico’s vote for statehood as an American state and its cries for help in the current humanitarian crisis remain unheeded, the population may be swayed to vote in favour of a different status in the next referendum: one that allows for independence.

The independence movement in Puerto Rico has frankly been an unpopular one. Historically, Puerto Ricans have consistently leaned toward remaining a commonwealth of the United States. In the 2012 referendum, however, this streak was disrupted when the majority of voters rejected the commonwealth status and voted for statehood. An economic downturn stemming from 2008 was likely the deciding factor that contributed to the support of statehood, as the current arrangement was not creating enough jobs. Additionally, as more and more Puerto Ricans live in mainland United States–58 per cent to be exact– strengthening the ties between the territories will make even greater sense for Puerto Ricans. The vote, however, was non-binding which meant that Puerto Rico needs the approval of Congress to become the 51st state. The same trend followed with this year’s referendum– with no tangible results from Congress.

Several secessionist groups exist on the island. One group, the Autonomy for Puerto Rico Association, boasts about its 300 000 members and argues for reunification with the Spanish motherland. Another group, the Reunification of Puerto Rico with Spain, promotes the same ideals adding that the island would receive more political rights with Spain. While this option seems far-fetched, support for independence is an issue to take seriously, especially in the midst of a humanitarian crisis that is being ignored by the United States. The group Movimiento Nacionalista Revolucionario takes a different approach to independence. In its manifesto, it argues that the colonialist policies of the United States have facilitated the economic crisis Puerto Rico is embroiled in today. It goes a step further by pushing for independence against “Yankee imperialism” in order to stop the exploitation of the Island. Puerto Rico currently stands on a debt of $74 billion which is only expected to further grow as a result of damage incurred from the hurricanes. It is estimated that the cost of the damage may be around $40 billion in lost economic output and $50 billion in property damage. The response of the Fiscal Control Board has been to allocate only $1 billion when it is clear that Puerto Rico will need so much more to get back on track. Puerto Rico’s debt position is clearly unsustainable and it can only recover with a fresh start.

While the humanitarian crisis was propelled by forces of nature, the United States has a history of ignoring Puerto Rico’s financial problems. Last year, Congress passed the ironically named Promesa Law (Promise Law) which was supposed to resolve the debt crisis mentioned above and put Puerto Rico’s economy back on track. The results, however, further aggravated the island’s ability to provide for its citizens. Prior to even contending with the impact of Hurricanes Irma and Maria, Puerto Rico was forced to cut funding to public services and already roughly 46 per cent of the population live below the poverty line. After the hurricanes, the lack of public services was felt further profoundly.

When hurricanes Harvey and Irma hit Texas and Florida, President Trump immediately granted hurricane relief waivers to those states. In contrast, it took President Trump eight days to grant a temporary waiver to the island after facing public outrage. Furthermore, it took six days for the administration to send USNS Comfort hospital ship, arriving thirteen days after the hurricane hit the island. In contrast, with Hurricane Katrina and Rita, the Comfort arrived immediately to the affected areas in mainland US. It is clear that Washington is not showing the same standards of relief to its Puerto Rican citizens as to its citizens in the mainland. This feeling of neglect from the American government could very well lead to another status referendum in the future to the secessionists’ advantage. One need not look further than Spain to observe the effects brought about by legacies of unequal political relationships between subject and administrator. In Catalunya, an independence movement was brought to power due to an economic crisis, cultural differences and a history of grievances owing to ill-treatment by the Spanish government. All are factors which are in line with the current Puerto Rican situation.

The waves of secession might not only be rising in Catalonia. With its humanitarian crisis left unabated by the current U.S. administration, Puerto Ricans might eventually reach a point of exasperation. As mentioned previously, only 23 per cent of the voting population cast a ballot. Presumably, only those in favour of statehood bothered to show up to the polls after opposition parties called for a boycott of what they called a “rigged Congress“. The Puerto Rican Independence Party called the vote a “farce“. This dissatisfaction stems from the fact that, ultimately, the decision to approve a new prospective state rests with Congress. Nevertheless, despite Puerto Rico’s long history of voting for statehood, Congress has consistently turned a deaf ear. The meagre turnout and wide-ranging boycott show a clear resentment of the unequal relationship between the two territories. As more time goes by without marked improvement in the Island’s recovery from the wreckage left by Hurricanes Irma and Maria, citizens’ dissatisfaction may peak to new heights. And with that, Puerto Rican independence movements may find their silver lining as future status referendums begin breaking the pattern of support for statehood in favour of independence.