Maintaining Democracy: At What Cost? 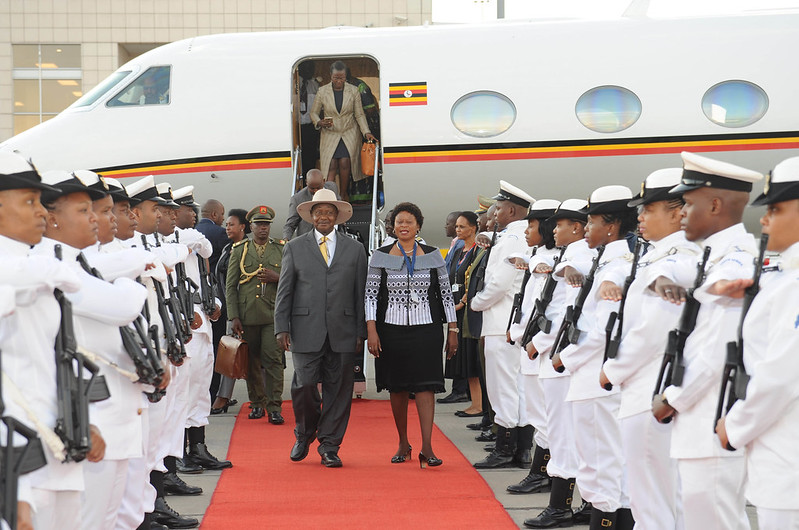 Fear, unrest, and violence characterized Uganda’s General Election on January 14, 2021. While incumbent President Yoweri Museveni’s team was preparing for his record, yet controversial, 5th win, opposition members feared for their lives as security forces persecuted anyone threatening to oppose this re-election. This election saw Museveni, who became president in 1986 under promises of progress and stability for the country, face off against newcomer Bobi Wine, a musician-turned politician whose platform directly opposed what he views as Museveni’s reign of dictatorship, violence, and corruption. While Museveni’s administration received praise for bringing a semblance of peace to Uganda, tackling the HIV crisis, and recently fighting the Covid-19 pandemic, the pervasive influence of corruption in his regime has caused increasing unrest throughout the nation.

During the general election, widespread protests and Bobi Wine’s popularity among younger generations — which constitute most of Uganda’s population — threatened Museveni’s centralized executive power significantly. Ultimately, the election results found that Museveni had won the election with 59 per cent of the vote. Wine responded by urging the public to reject the results due to the contentious nature of the election and black box electoral practices. Security forces were soon deployed following the results, and they announced that Wine was being kept under house arrest for his own safety. Al Jazeera called the election “one of the bloodiest campaigns in years,” illustrating how the results foregrounded Uganda’s contentious history along with questions of how Museveni maintains his power and the repercussions this may have for Uganda and neighbouring countries.

The results of Uganda’s recent elections were par for the course considering the country’s history has been fraught with violence and corruption. Throughout his tenure, Museveni gained the security forces’ loyalty, giving him control over the electoral process through preventative measures, like fear tactics, to ensure his win in every election. In 2015, he was accused of training local militias, nicknamed “crime preventers,” to intimidate opposition groups, and has employed similar tactics ever since. Museveni’s violent approach is also apparent in his regional relations, further displaying the risk of him maintaining power as Uganda’s president.

While Museveni can be credited for much of Uganda’s development and apparent democratic consolidation, his frequent involvement in neighbouring countries’ conflicts has worsened regional dynamics in some respects. Uganda’s prominent role in the South Sudanese Civil War and conflicts in the Democratic Republic of Congo demonstrates Museveni’s regional influence and how his maintenance of power could endanger neighbouring countries. In the past, Museveni’s government has been implicated in diverting European weapons to South Sudan during the conflict, despite the UNSC and EU arms embargoes.

Moreover, Museveni has been accused of funding rebel groups in the DRC. Although the President of DRC urged surrounding countries, including Uganda, to enter and fight off rebel groups, further involvement from Museveni risks destabilizing the country and the region at large. Human Rights Watch commented on Museveni’s position in regional affairs, explaining “[he] will manipulate international institutions to punish his foes” and will shape the outcomes of conflicts in his favour by funding foreign militias.

Following a long period of instability and violence after independence from the British Empire in 1962, free democratic elections became a central feature of Uganda’s political and economic development. Many credit Museveni himself for this progress, namely because he is one of the longest-standing presidents on the continent. Despite mounting issues in recent years, that Uganda has achieved remarkable industrialization and relative stability. With an average annual economic growth rate of 4.5 per cent coupled with growing exports and tourism, Uganda has reduced poverty and ensured relative safety against the backdrop of frequent regional conflicts. Nevertheless, the events surrounding the most recent election demonstrate that Uganda was never a consolidated democracy, to begin with. In addition to Museveni extending the age of presidency past seventy-five so he could run again, few politicians came forward to oppose his reign for fear of retaliation.

What this means for democracy and the future

Despite many issues that have plagued Uganda since its independence, its relative stability is noteworthy, albeit to Museveni’s credit. His government has received praise for taking in refugees from surrounding conflicts, totalling around 1.2 million, giving him more recourse to maintain power. However, instances of fraud and corruption in allocated UN funds incited criticism of Museveni’s leadership on the international stage, leading many Western countries to question their continued support for the dictator.

Furthermore, as the main supplier of troops to the African Union (AU) to fight Al-Shabaab, Uganda is vital to the protection of weaker countries suffering under the terror of the extremist group, which continuously threatens local communities. Since the AU declared its “war on terror,” Uganda’s involvement in fighting such a harmful group has earned Museveni many allowances on the international stage in hopes of creating a semblance of regional peace.

Still, growing dissent under Museveni’s increasingly oppressive and manipulative regime creates repercussions across the region, while demonstrating the deeply entrenched loyalty — to a fault — of Western governments. Other countries in the region also doubt the validity of these elections, with the African Elections Watch reporting “irregularities” in the results.

Museveni’s ability to go through with his actions has inspired a local and international uproar, calling for governments to take action and change the status quo instead of continuing to endorse him unconditionally. On the other hand, many observers fear that a change in power, and the military’s reaction, will open the floodgates to increased violence and animosity.