Managing Sino-Canadian Relations in the Arctic 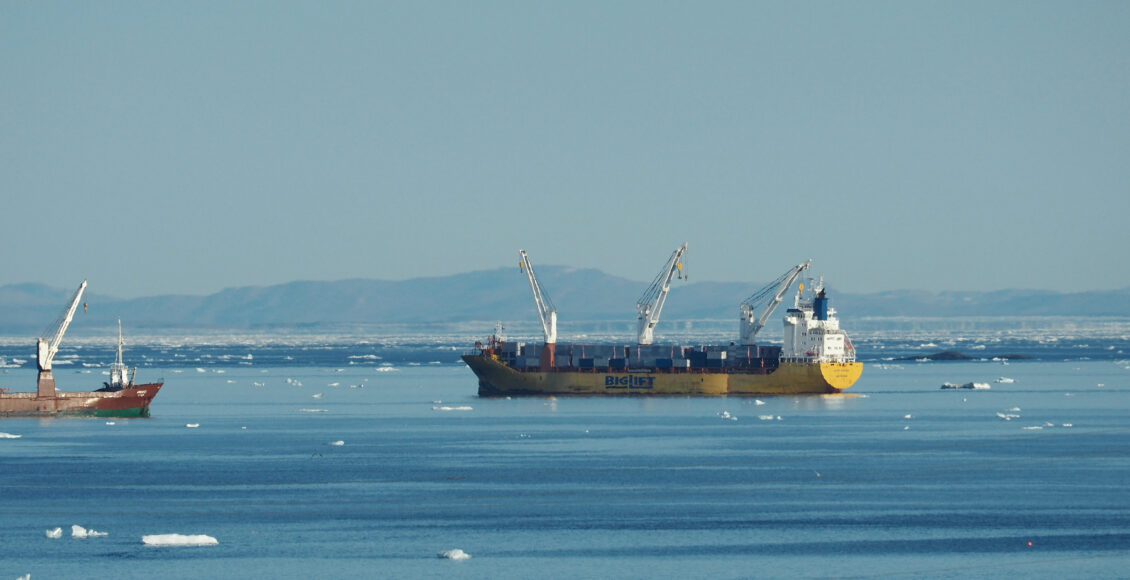 The Future Aqsarniit Hotel by by Fiona Paton is licensed for use under CC BY-NC-ND 2.0. No changes were made.
Share

Amidst the world’s response to COVID-19 in May, China entered into a quiet bid for TMAC Resources, a Canadian mining company that primarily operates in Nunavut, Canada. Although China’s pandemic responses halted certain parts of the country’s Belt and Road Initiative — an ambitious plan to invest in a global network of infrastructures — it certainly did not halt China’s continued development in the Canadian North. A look at the companies involved and geopolitical interactions in the Arctic shows how this sale is more than just a foreign acquisition of a struggling Canadian mining company.

The Doris North gold mine in Nunavut’s Hope Bay district, run by TMAC Resources, is a property hailed as Canada’s next major gold mining camp. Facing the many risks of developing in the North, such as a lack of existing infrastructure, high costs, the difficulty of accessing remote regions, TMAC needed a new phase of capital after its consistent operational problems. In late June, TMAC voted overwhelmingly in favour of the company’s sale to ShanDong Gold Mining, the second-largest state-owned producer of gold in China by output. Not only is China able to acquire key resources at a bargain price, but this acquisition also strategically falls in line with China’s Arctic policy goals — which revolve around the development of maritime trade and resource extraction in the Arctic.

A white paper concisely titled “China’s Arctic Policy” was unveiled in 2018 by China’s vice-minister of foreign affairs, Kong Xuanyou. This document focuses on shipping, regional governance, resource development, and scientific research — subjects that are instrumental to China’s expectation that it will play an active role in the Arctic, which is clear in concrete and already underway developments. China highlights in the white paper that they will participate in Arctic affairs while “respect[ing] the sovereignty, sovereign rights and jurisdiction enjoyed by the Arctic States.” From those states, China expects “the rights and freedom of non-Arctic States to carry out activities in this region in accordance with the law.” This gives a sense of what China wants from the region — access to shipping routes, and to develop resources beyond areas that are already within the national jurisdiction of Arctic states. China’s legal rights in the Arctic, recognized by the United Nations Law of the Sea (UNCLOS) and international treaties under the International Maritime Organization (IMO), are limited by China’s lack of territorial jurisdiction in the area despite China’s declaration of itself as a “near-Arctic state.” The white paper was an effort to bridge the gap between China’s limited control and growing ambitions in the area. In treading a line between respecting the sovereignty of Arctic states and attempting to articulate the limits of those sovereignties, Beijing is communicating policies appealing to established rituals based on international cooperation in the Arctic — an approach from which Canada could stand to benefit.

Since the Liberal Party’s election in 2015, Canada’s Arctic policies have departed from the Harper administration’s militaristic approach to sovereignty in favour of emphasizing environmental and socioeconomic development. These changes are the foundation of the Trudeau government’s 2019 Canada’s Arctic and Northern Policy Framework. Canadian foreign policy under the Liberal Party aims to “revitalize the rule-based international order.” This point of cooperation is reiterated in the Framework, which references international laws and multilateral institutions as means to resolve potential areas of friction and cooperate in areas of mutual interest such as bilateral trade, transoceanic shipping, and polar research. The Sino-Canadian partnership already includes joint initiatives that recognize Canada’s goals in the Arctic, such as environmental protection, marine pollution, and addressing climate change. However, such goals require large amounts of capital and labour. If Canada welcomes China as a viable source of foreign investment, it could harness Chinese interests in the Arctic to fully realize its own goals.

The many ambiguities and complexities that exist in the Arctic mean that cooperation should also come with a careful analysis. With China’s current plans, there comes a growing sense of urgency around the risks of Canada not investing in its own Arctic jurisdictions—national security concerns being one of them. A lack of viable Canadian alternatives has led to foreign control and operations of Canadian resources and services, and these operations raise national security concerns such as what led to the 2018 federal block on the proposed sale of the construction company Aecon. In addition to security concerns arising out of direct foreign investment in key resources, the outer edge of the Canadian Arctic archipelago is open to contesting jurisdictional interpretations. Currently, Article 38 of the UN Convention on the Law of the Sea (UNCLOS) grants China the right of transit passage through international straits. Although China has stated that they will respect Canada’s sovereignty in the waters “subject to their jurisdiction,” it is not specified what those areas might be. Canada and the US have seen such legal disputes on Canada’s claim to Northwest Passage before, a route that runs between the Atlantic and Pacific ocean and through Canadian islands. Challenges to whether the Northwest Passage is truly a part of Canada’s internal waters have arisen as the passage becomes a more economically desirable commercial shipping route due to melting sea ice. With China’s increased presence in the Arctic, various dimensions of the same security problem are brought to the forefront again. By developing Arctic services and resources, Canada can balance its goals in the Arctic without losing its sovereignty.

The Trudeau government’s Arctic defence policy focuses on investing in domestic capabilities to surveil and monitor Arctic projects, as well as economic and social developments. If Canada already has strong Arctic capabilities, then this can provide additional incentives for foreign companies to comply with Canadian law and frameworks, leaving less room for legal disputes. Traditional surveillance and military efforts can serve new purposes, such as promoting economic interests and serving symbolic functions. Canada’s active investments in ice services such as ice breaking, weather forecasts, ports, aids to navigation, and hydrographic surveying all help strengthen Canada’s Arctic capabilities. New constellations such as RADARSAT Constellation Mission (RCM) provide effective maritime surveillance and increase Canada’s presence in the North. Icebreakers and patrol ships such as Arctic and Offshore Patrol Ships (AOPS) that launched its initial operational stage in July of 2020 provides a  multi-dimensional platform, focusing on surveillance but also capable of providing emergency response and disaster reliefs. Building these infrastructures and services is not only a response to increasing foreign presence, but a preparation for the advancements of Canada’s own goals in the North as well. Increasing Canada’s own capability bolsters Canadian leadership on multilateral forums and prepares the country for a more active role in future bilateral cooperations.

With China already pressing forward with its ambitious and well-coordinated plans in the Arctic, Canada needs to turn its gaze northward. China’s goals of ensuring commercial opportunities and enforcing perceived rights in the Arctic could augment Canada’s Arctic policies, which has a renewed focus on working with interested parties through bilateral and multilateral channels. Capital investments in Canadian Arctic capabilities remain critical to Canada’s goals in its Northern territories. Canada holds resources that China needs in areas such as shipping, mining, and scientific research. A more open Sino-Canadian relationship would not only benefit China, but also hasten Canada’s own development in the Arctic as well. China’s expanding global interests can contribute positively to Canada’s Arctic development, and whether Canada can harness that without giving too much in the way of security will depend on the government’s response — partnership should be welcomed, but with caution.

Feature image The Future Aqsarniit Hotel by Fiona Paton is licensed for use under CC BY-NC-ND 2.0. No changes were made.