Mapping Montreal One Story at a Time: An Interview with Montreal startup EaglePulse 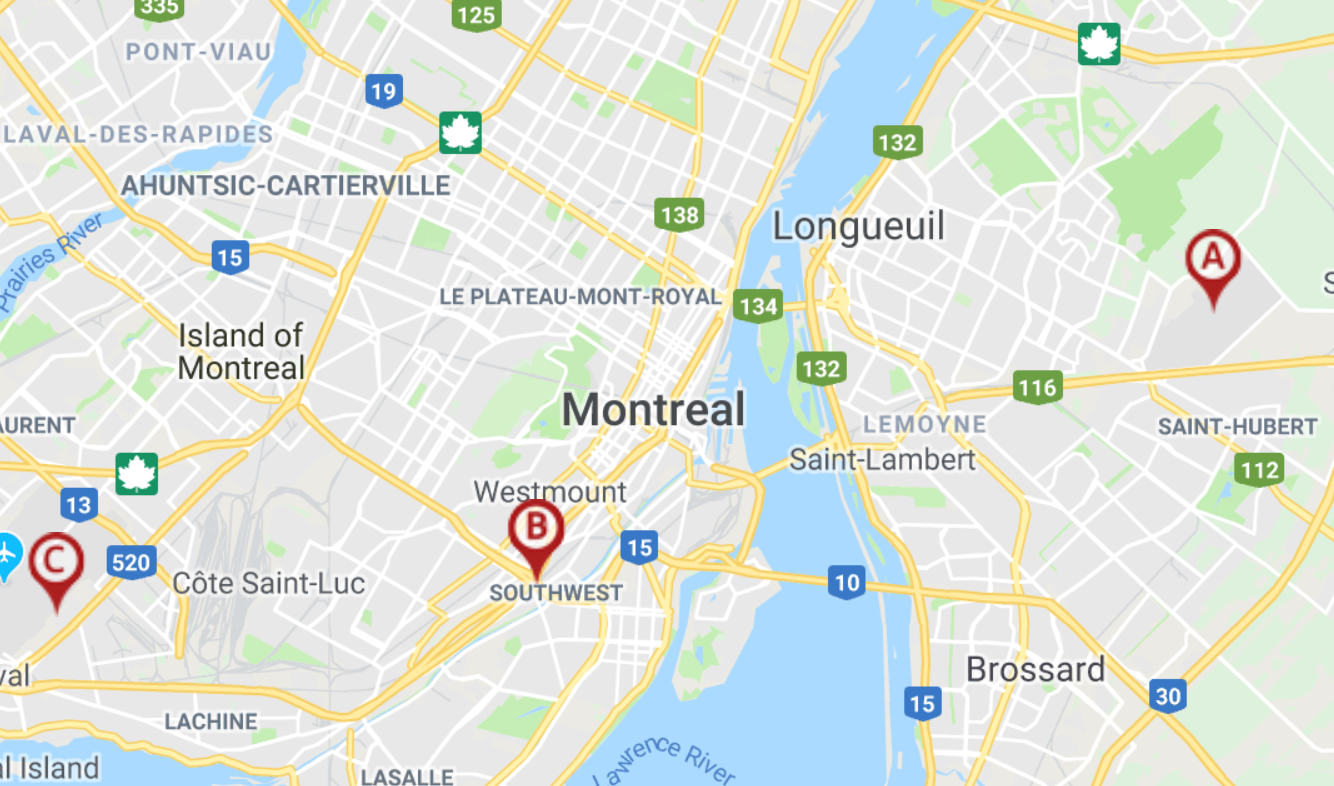 EaglePulse is a Montreal-based student startup that is dedicated to making local Montreal news more digestible by mapping them out on an interactive map of the city. Started by Concordia University software engineering students Mohammad Farah and Manpreet Singh in 2016, EaglePulse’s goal is to help contextualize local news by notifying users of on-going news events such as communal gatherings or even crime reports. As concerned Montreal natives, Farah and Singh believe that EaglePulse can help the community stay safe, and more importantly, informed.

SK: What drove you two to develop EaglePulse?

MS: We come from a neighborhood in Montreal where there’s an abundance of crime. We previously had to scour different news outlets to have an idea as to what’s going on around us and we felt our community needed a system that could easily notify us of our surroundings.

MF: We developed EaglePulse with security in mind. As it shows the geographic location of whatever news event that’s happened – whether it be a shooting or a robbery – it’ll notify users of events based on their geographic location, such as if there’s been a shooting one kilometer away from you. One of the features is that you can subscribe to e-mail notifications of news events, especially crime, that are within a two kilometer radius from your house.

MS: Our objective was to create awareness. Most of the news outlets are pretty general in their coverage and only provide news based on categories, rather than the exact geographic location. We wanted to present the news in a new format and EaglePulse helps do this by visualizing news on a map.

SK: How does the product work?

MS: Without going into the nitty gritty, the way it works is that we have a software that reads local news broadcasts which combines with another algorithm that pins a geographic location to the particular news event. To be clear, we’re not a broadcasting service, so we don’t take direct credit for the news itself but the way it works is that we help direct viewers to professional reporting from various broadcasters in Montreal.

Sarie Khalid: How long have you two been working on EaglePulse?

MF: We started the project in summer 2016 but at the time we weren’t able to devote too much time to it due to our academic commitments. At the time, we didn’t open it to the public as it was more of a private project of ours. In 2017, we were able to devote more time to it and finished the first prototype which is available now on the website. We then began to open it up to the public and started to seek feedback on its effectiveness from our peers, the community, and even Reddit – which proved to be successful as we received a ton of constructive feedback. Later on, we were even covered by local news sites like the Daily Hive. 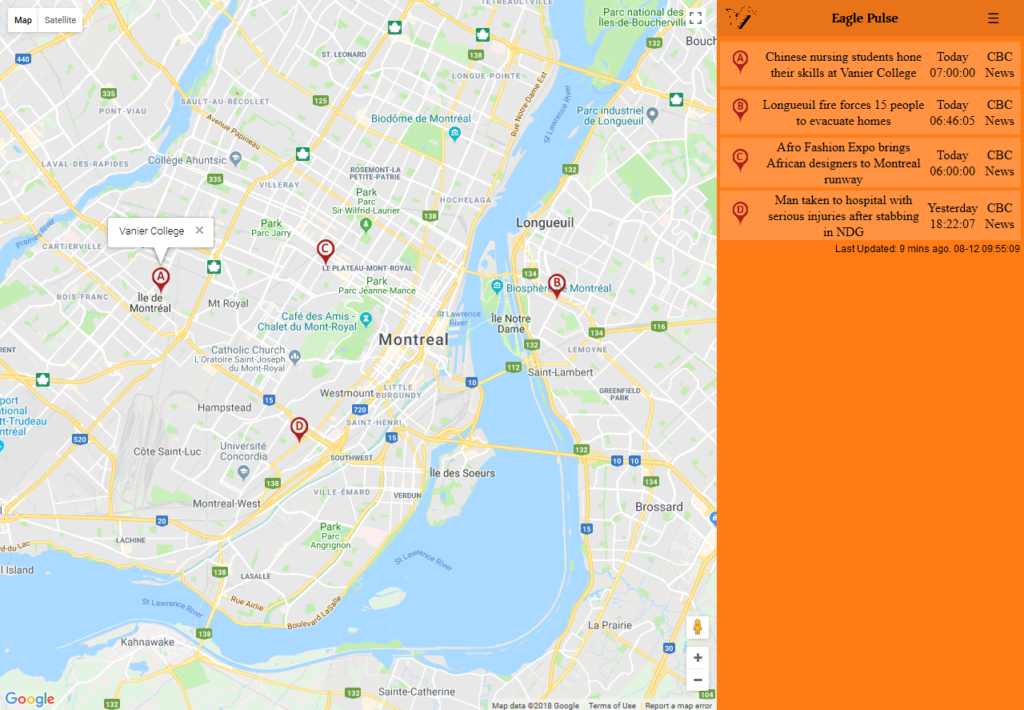 SK: How do you plan on expanding the capabilities of the site?

MS: On the back of two years spent on working on our product and the great feedback and suggestions we received, we now plan on expanding it to different cities such as Calgary and Vancouver as well as covering communal events in the city such as music festivals and concerts.

MF: We even plan on launching an app at some point in the future as well.

SK: How do you think EaglePulse fits into the current news landscape?

MS: News is important and it’s vital that people know exactly what’s going on around them and that’s what we hope to achieve with EaglePulse.

MF: We wanted to make news more interactive compared to regular news where you have to rummage through different sections to actually get an idea. By having a map, it makes news easier on the eyes and will help encourage younger people to consume news even more.

MS: Our goal is to make sure that we produce the best and most reliable product that we can for our audience – they’re our boss.

If you’d like to get in contact with Mohammad and Manpreet, you can reach them at eaglepulsemontreal@gmail.com