Marijuana, Mass Incarceration and the War on Drugs 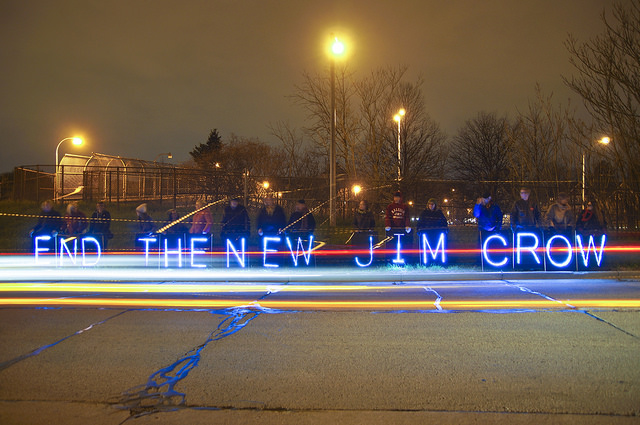 THE ‘IRRATIONAL’ CRIMINALIZATION OF MARIJUANA

On the 8th of November California became the fifth state to pass a ballot measure that will legalize recreational marijuana use. Twenty-nine states and the District of Colombia have laws permitting marijuana use for medical purposes. Twenty-one of those states and D.C. have decriminalized possession of small amounts of marijuana, while the federal government maintains its illegality as a Schedule I controlled substance in the Controlled Substance Act (CSA). Marijuana joins heroin and DMT on the list of the substances that can neither be prescribed nor consumed legally under any circumstances, whereas cocaine and methamphetamine (considerably more dangerous substances) are part of Schedule II. The criteria for Schedule I is:

Based on these criteria—as most of the public and vast majority of medical professionals know—marijuana should not be included in this, the highest rank of controlled substances, as the drug meets not one of these three thresholds. It is significant to point out that the two more popular drugs that cause substantial harm to social welfare are exempt from the CSA: alcohol and tobacco.

For decades it has been well known within the scientific community that marijuana has numerable important medical uses, is unlikely to be abused or lead to more serious drug use, and is safer even than alcohol and tobacco. Besides the irrational decision making of the Food and Drug Administration (FDA) and the Drug Enforcement Administration (DEA), the costs of enforcing the marijuana ban by states and the federal government stretches to billions of dollars annually. The taxpayer dollars wasted on the persecution of non-violent marijuana users are dearly needed in other areas such as education, infrastructure, and rehabilitation centers.

Why, then, does the federal government maintain this irrational policy of criminalizing marijuana?

With the rise and triumph of Donald Trump comes a resurgence of white supremacy and white nationalism that hasn’t been seen in such overt terms since the backlash against the Civil Rights Movement of the 1960s. This is a resurgence, not a new phenomenon in U.S. history. One simply has to look at the beloved confederate flag, a point of pride for many thousands of American ‘patriots.’ It is hardly an inference that Trump’s motto ‘Make America Great Again,’ with his history of racist comments towards Mexicans, Jews, and Muslims—along with his unconstitutional plans to bar Muslims from entering the country and registering Muslim Americans with the government—means ‘Make America White Again.’ The white, Anglo-Saxon man is at the center of the American nation, while the black man and other ethnic minorities have been exploited and tolerated to various degrees throughout the United States’ existence. The creation of the federal government and the nation-state was in the name of white people and their narrow interests. The modern nation-state has a fundamental ethnic/racial homogenized structure; upon this foundation nationalism is developed and takes its symbolic form – the United States is no exception.

In The New Jim Crow, Michelle Alexander eloquently illustrates the ways in which mass incarceration and the war on drugs represent the development of systems of racial oppression and exploitation that replace former, well-established segregationist and discriminatory laws. Within the contemporary (post-Civil Rights Movement) period, overtly racist tendencies have been reproached and socially expunged. The dominant brand of racism has likewise developed as scientific understanding has advanced, and a more socially liberal, egalitarian, and enlightened national community has developed. Etienne Balibar adopted the concept of ‘differentialist racism’ as a predominant form of neo-racism that replaced the likes of biological racism and racist myths of pseudo-scientific content. “It is a racism whose dominant theme is not biological heredity but the insurmountablity of cultural differences, a racism which, at first sight, does not posture the superiority of certain groups of peoples in relation to others but ‘only’ the harmfulness of abolishing frontiers, the incompatibility of life-styles and traditions.”1 In this new view, culture and tradition can also function as a nature: “by an astonishing volte-face, we have seen the differentialist doctrines themselves proposing to explain racism […] We now move from the theory of races or the struggle between races in human history, whether based on biological or psychological principles, to a theory of ‘race relations’ within society, which naturalized not racial belonging but racial conduct […] the neo-racist ideologues are not mystical hereditary theorists, but real technicians of social psychology.”2

From this perspective, mass incarceration and the war on drugs has allowed for the criminalization of black culture and the ghettoization of black communities. Half of all drug arrests were made for marijuana possession or sale in 2012. That number dropped to a (still remarkable) 42.2% in 2015, with more than 80% of arrests made for possession in that four year timespan. In the United States, blacks are arrested on average 3.7 times more than whites for marijuana offenses. The institution of minimum sentencing laws thus affects blacks to a greater degree, as they are more likely to be stopped by law enforcement, though blacks and whites consume marijuana at the same rates. The costs of being convicted include not only time behind bars, legal fees and the like, but also decreased chances of finding employment and housing. Redlining, which lasted all the way up until the Fair Housing Act of 1968, was the dominant form of segregation in which non-blacks took collective action to exclude blacks from their communities through mortgage discrimination. This reaction took place following a sharp influx of African Americans leaving the South in the evolving post-World War II economy. Likewise, as manufacturing industries began to subside, a process of decentralization and suburbanization (in some instances “white flight”) took place in which middle-class Americans moved out of the crowded cities, an example of white privilege that is often ignored (as well as the more recent reversal, gentrification).3

A SHORT HISTORY OF DISCERNIBLE DISCRIMINATION AND DOMINATION

In 1929, Harry J. Anslinger was working as an assistant commissioner in the United States Bureau of Prohibition. As scandals and corruption wracked prohibition and narcotics agencies, Anslinger achieved promotion as a perceivably honest and principled figure. The following year Anslinger became the commissioner of an entirely new Federal Bureau of Narcotics (FBN). Prior to the failure of prohibition, Anslinger considered that cannabis was relatively harmless and the idea that it made people violent was an utter fallacy. Many of his critics argued that his shift in opinion was not due to new evidence but rather that he was intent on beginning a new prohibition to fulfill his status and position in the government hierarchy. He began a propaganda campaign to convince the public that marijuana consumption was a major issue and cause of violent crime, as well as causing irrational and overly sexual behavior. In 1937 his bureau achieved success by convincing Congress to pass the Marihuana Tax Act, which made the drug illegal except for medical and industrial purposes.

The next big assault against marijuana came with the election of Richard Nixon. Nixon declared a “war on drugs” in 1971 to persecute and demonize drug users rather than attack the main socioeconomic causes, and in spite of the Shafer Commission’s recommendation to decriminalize marijuana. John Ehrlichman was counsel and Assistant to the President for Domestic Affairs under Nixon. He was later charged and convicted for his part in the Watergate scandal. Ehrlichman admitted that the real purpose of the irrational criminalization of cannabis: “The Nixon campaign in 1968, and the Nixon White House after that, had two enemies: the antiwar left and black people. You understand what I’m saying. We knew we couldn’t make it illegal to be either against the war or black, but by getting the public to associate the hippies with marijuana and blacks with heroin, and then criminalizing both heavily, we could disrupt those communities. We could arrest their leaders, raid their homes, break up their meetings, and vilify them night after night on the evening news. Did we know we were lying about the drugs? Of course we did.”

Given this history, legalization of recreational marijuana at the state level is likely to have a great impact in reducing systemic institutional discrimination against African Americans. Besides earning revenue for the state, cutting expensive policing programs, and increasing domestic agriculture, the legalization of marijuana will demobilize a half-century-old tool for racial discrimination and minority oppression in the United States. One can only hope that mass incarceration and the industrialized prison complex will similarly crumble with the legalization of recreational drugs that do no harm to society.

3 Organized communities, living standards, and housing opportunities are still highly relevant issues within racialized America — and continue to be expressed in popular culture.