Mark Rutte Or: The Unexpected Virtue of a Villain 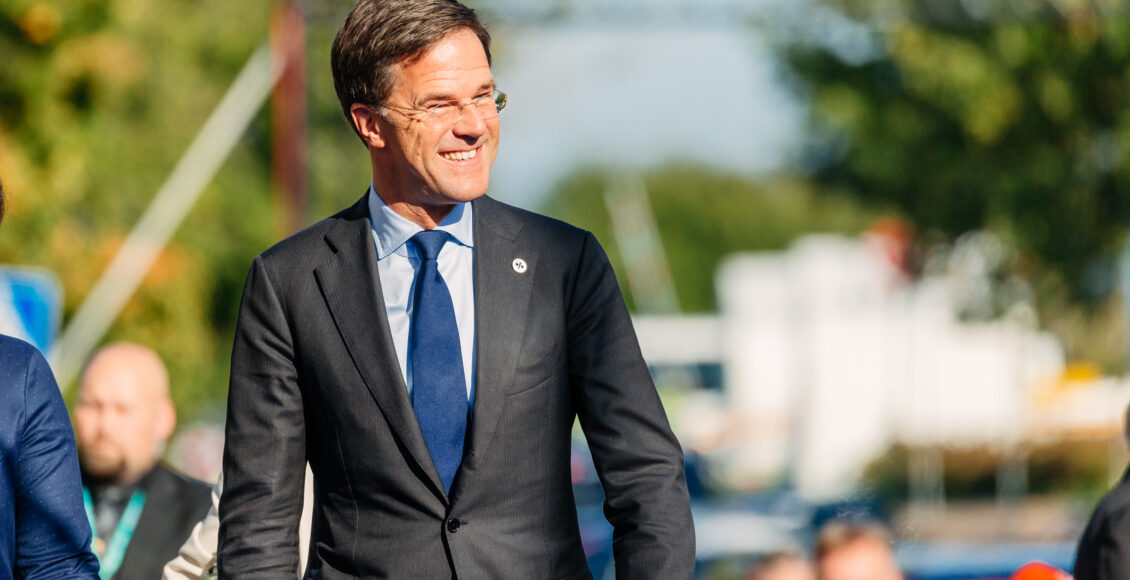 Mark Rutte, Prime Minister of the Netherlands, in 2017.
Share

Ask about Mark Rutte, the Dutch Prime Minister, anywhere on the streets of The Hague and you’ll probably hear a story about his modest lifestyle, manic good-cheer or innocent clumsiness. Ask about him in, say, Madrid, however, and you’ll probably hear the tale of a stingy Dutchman whose egotistical vein shows precisely — and conveniently — when solidarity is most needed.

Rutte was showered in international criticism when he opposed other leaders’ call for mutualized debt to palliate the economic effects of COVID-19 in the European Union. The so-called “frugal four” — the Netherlands, Austria, Denmark and Sweden — were all opposed to the initial idea of a €750 billion recovery fund, of which €500 billion was to be allocated through grants. These grants, also called “Eurobonds,” are a mechanism allowing EU states to issue debt jointly and finance their deficits through bonds issued by the European Commission. The proposition, led by France and Germany, would have primarily benefited the economies hardest hit by the pandemic, such as Spain and Italy — states which also happen to have a reputation for financial irresponsibility among citizens of northern EU countries.

As a result of his opposition to Eurobonds, Rutte has been consistently cast as the bad guy in European news, frequently accused of playing into national stereotypes and favouring frugality over solidarity. In reality, Rutte’s stance on common debt may not simply be the product of Dutch stinginess but rather an attempt at saving Dutch politics from radicalization, in which case casting him as the villain would be inaccurate.

Getting to know Rutte

Rutte’s modest image doesn’t exactly make for a convincing villain. He lives in the same flat he purchased after graduating from college, insists on paying for his own expenses despite being on duty, and cycles every morning to his office in The Hague. Every week, he takes time off from running the country to teach social studies at a local high school. He is also known for his (attempts at) humour, occasional episodes of clumsiness and regular sermons about the importance of living frugally. All in all, his image embodies the values of the everyday Dutchman.

Rutte’s personality is also very much in line with his party’s values. The People’s Party for Freedom and Democracy (VVD) is as traditionally liberal as it gets. Currently holding 32 out of 150 seats in the main house of Parliament, VVD advocates for limited government and balanced budgets. Thus, Rutte’s wariness about European common debt can simply be understood as a continuation of VVD’s record of careful budgeting and his own habit for thriftiness.

However, Rutte’s liberalism alone is insufficient in explaining his conservative stance regarding this issue. After all, Emmanuel Macron — also a liberal and advocate for austerity — was one of the instigators of the proposition to mutualize debt. He justified his position by stating that the collapse of southern economies would ultimately hurt the EU as a whole. This argument has been embraced by most European leaders, so why did it fail to secure Rutte’s support?

Rutte is also known for his “chameleon” personality. As Pepijn Bergsen, a research fellow at Chatham House in London, puts it, “the story always goes that he shapes his opinion to the prevailing consensus in the room.” This flexibility has served him well in the past, seeing as remaining tough on immigration arguably won him the 2017 election. This behaviour can also explain his opposition to shared debt.

Indeed, the Dutch people overwhelmingly opposed Eurobonds from the onset. A viral video of a worker asking Rutte to “please! [Do not] give the Italians and Spanish the money” is representative of the country’s long history of rejecting fiscal solidarity with what they perceive as “spendthrift southerners.” In the last decade, the Dutch have consistently stood against Eurobonds, expansionary budgets and debt relief for countries like Italy and Greece. In this situation, following popular consensus meant opposing common debt.

Furthermore, elections are to be held in less than a year in the Netherlands. Neglecting popular consensus could be a risky bet, especially considering the looming presence of two far-right, populist parties that have gained traction in the last six years. Since the 2015 immigration wave, nationalist parties running on anti-immigration platforms have been catapulted to the top across Europe. In 2017, Rutte only just managed to see off Geert Wilders, leader of the nationalist, eurosceptic and Islamophobic Party for Freedom (PVV). In 2019, the right-wing sovereignist Forum for Democracy (FvD) party toppled VVD in provincial elections. Both PVV and FvD have repeatedly decried any attempt at negotiation over Eurobonds, which they see as a fundamental abandonment of Dutch sovereignty.

It is clear then that Rutte is walking on eggshells with regards to common debt. He is conscious of the need for EU solidarity in fighting separatism in the South — currently, only 53% of Italians wish to remain a part of the EU, a number that usually shrinks whenever northerners refuse to lend help. Yet, capitulation in the form of heavy lending could cost his party valuable votes eight months before the elections at home.

The virtue of compromise

In traditional European fashion, Rutte agreed to a midway compromise. The final deal includes €390 billion in grants and €360 billion in loans. Still, he scored a small victory: the inclusion of an “emergency brake,” allowing the Netherlands to halt another country’s spending plans if it fails to enact promised reforms. Cuts were also made to the Netherlands’ annual contribution to the EU budget. Whether such victories will be enough to appease the population, however, remains to be seen.

On the far-right, Geert Wilders called the deal “madness” and accused Rutte of throwing away “billions that we should have spent in our own country.” His PVV experienced a small rise in voting intentions immediately after the deal was signed. Additionally, FvD’s Thierry Baudet said that “Rutte gave Southern Europe almost 80 percent of what it demanded.” On the left, too, the deal was criticized, mainly for its cuts to future-oriented areas like research, healthcare and climate adjustment — areas that the frugal four have traditionally favoured.

Despite the criticism, Rutte is overall perceived to have avoided a major catastrophe at home. Since the beginning of the pandemic, VVD has risen to record poll numbers, giving it a comfortable lead over PVV and FvD. Its flexible approach to tackling the pandemic, or “intelligent lockdown,” was well-received in a country known for its appreciation of individual freedom. Approving the recovery fund hasn’t significantly damaged VVD’s popularity.

Abroad, Rutte’s compromise is also thought to have spared him future problems. Some feared that the Netherlands would become the new Britain: a total rejection of Eurobonds could have permanently marked the country as the odd one out, emboldening euroscepticism at home. Concerns also existed regarding the possibility that Rutte’s unwillingness to cooperate would isolate him diplomatically, ultimately hurting Dutch interests in the long run. Ultimately, this was not the case, and Rutte’s concessions have even earned him some friends down south.

The risk of compromise is often that everyone can end up displeased — a scenario Rutte has successfully avoided. His initial reluctance to accept shared debt reassured Dutch voters that he was fighting in their best interests. He thereby managed to somewhat contain criticism from the far-right, who wanted nothing to do with Eurobonds — or Europe as a whole, for that matter. Although he did sign a version of the deal, Rutte found a way to include clauses giving him just enough to paint the situation as a relative victory, keeping further domestic criticism at bay. The deal also grants him a say in the way southern countries manage their finances, while simultaneously increasing their approval of him. For these reasons, Rutte deserves praise for his cautious approach towards mutualized EU debt. This time, it seems the villain has saved the day.

Featured Image: Mark Rutte, Prime Minister of the Netherlands, in 2017. Image by EU27EE Estonian Presidency’s photostream. Licensed under CC BY 2.0.