Mauritius Sovereignty and the Endless Struggle Over the Chagos Archipelago 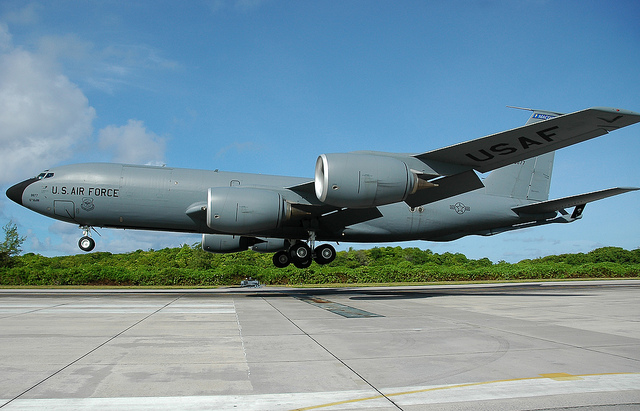 With a landslide victory of 94-15 (94 yes, 15 no) and 65 abstentions, the United Nations General Assembly (UNGA) recently passed a resolution strongly backed by members of the Non-Aligned Movement and the African Union to seek the opinion of the International Court of Justice (ICJ) in regards to the contentious issue of sovereignty over the Chagos Archipelago between the Republic of Mauritius and Britain. Surprisingly, members of the EU have expressed a lack of support towards British sovereignty over the archipelago, with 22 EU nations including Germany and France abstaining from the decision, leaving support from only three countries: Lithuania, Croatia and Hungary. It is only a matter of time before Britain loses its grip over the archipelago, as it is evident that Mauritius sovereignty will emerge victorious. However, it is still a long road for this vision to truly become realized.

Defence Minister Anerood Jugnauth has criticized Britain for its unlawful transgression over territorial control of the Chagos islands; the area has always been under Mauritius authority according to the Constitution of Mauritius. Since 1810, after France capitulated to Britain, Mauritius has been under British colonial rule. It was not until 1968 that Mauritius became independent. However, three years prior to independence Britain had leased Diego Garcia, the largest of 60 smaller islands which comprise the Chagos Archipelago, to the United States for 50 years for the construction of a military base. In doing so, it is estimated more than 2,000 native inhabitants were expelled from their homes. Today, those expelled continue to fight for resettlement and remain cast away from their rightful homes. Furthermore, in an effort to consolidate British control over the area, the British government established the British Indian Ocean Territory (BIOT), a formal and political recognition of the military base.

Mauritius has argued that the construction of the military base over the area is a clear violation of international law. In particular, Britain has infringed upon the United Nations Convention on the Law of the Sea (UNCLOS) which forbids any dismemberment of colonial territories prior to independence. In addition, it is evident that the military base is illegitimate and Britain has no inherent right to exercise control over the Chagos islands. This infringement is reflected through the 1956-1966 memos of the British Foreign Office, which revealed “shocking truths” about the preservation of British influence and control over the islands even after independence.

In response, Britain has asserted that the Chagos Islands are a marine protected area (MPA), and today it is the world’s largest protected reserve. This designation proved to be highly controversial. In 2010, Wikileaks released a diplomatic cable between the foreign offices of the United States and Britain. The cable was an exchange between Colin Roberts, the British Director of the Foreign and Commonwealth Office (FCO), and Richard Mills, a US political counsellor. Both individuals were discussing possible methods to prolong their territorial control over the area and came to the consensus that the MPA was the most viable and effective method. As Mills asserted: “Establishing a marine reserve might, indeed, as the FCO’s Roberts stated, be the most effective long-term way to prevent any of the Chagos Islands’ former inhabitants or their descendants from resettling in the [British Indian Ocean Territory].”

Matthew Rycroft, a British ambassador, highlighted that British sovereignty over the archipelago is in fact legitimate. In retaliation against the Mauritius Republic arguments, Rycroft has argued that the British government is not obliged since they did not and will not consent to a formal judicial settlement. According to the ICJ: “the states concerned must also have access to the Court and have accepted its jurisdiction, in other words, they must consent to the Court’s considering the dispute in question”.

Britain has stated it unreservedly recognizes that Mauritius does have absolute sovereignty over the islands, while ironically pointing out that they will remain in the area for defensive purposes until it is no longer necessary. Furthermore, to preserve US and UK influence over the islands, the US had issued a request to all members of the UNGA to vote against any related resolution which proposes the involvement of the ICJ in the dispute between Mauritius and the UK. Despite relentless political manoeuvres and strategies to help consolidate British authority over the islands, in 2015 the Permanent Court of Arbitration (PCA) mandated that the MPA utilized by the British government to justify their infringement was an absolute violation of international law.

Ultimately, the real issue with the military base is that it prevents the decolonization process. The military base in Diego Garcia is a political barrier that preserves the colonial heritage and legacy in the Chagos Archipelago. As long as full sovereignty over the islands is not fully under the Mauritius authority, the colonial conundrums and legacy will continue to exist. As ICJ involvement in the dispute becomes inevitable, the obstacles that the ICJ shall face will be monumental. They will have to examine whether or not the decolonization process was fully implemented, as well as the consequences of authority over the Chagos Archipelago remaining under British rule. Despite an early victory for the Mauritius Republic with unanimous support from the African Union and the Non-Aligned Movement to request for ICJ intervention, whether or not they will actually intervene is still shrouded in uncertainty. Even if they do, the battle has only just started.