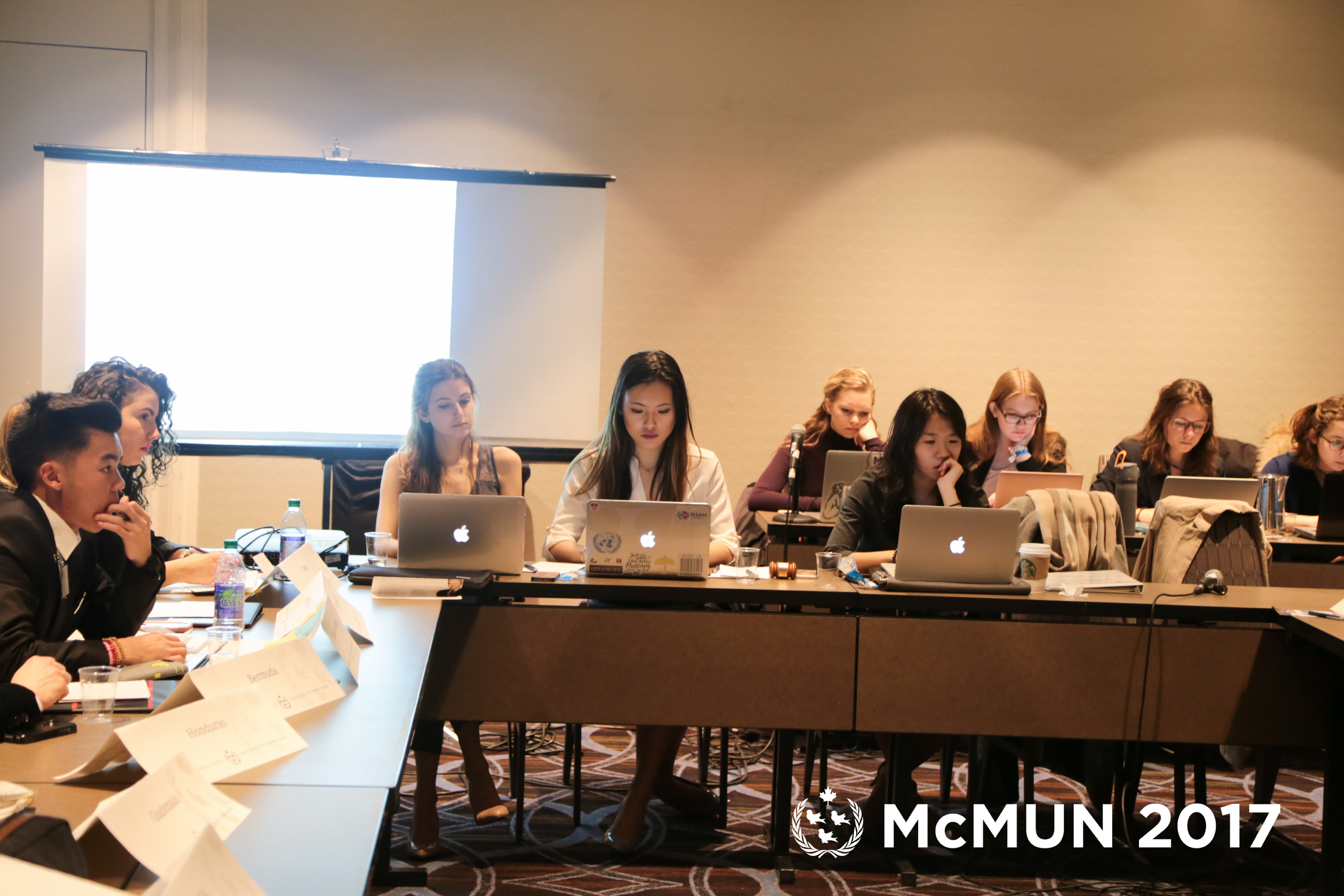 With the European Union (EU) growing more fragile everywhere, the EU Council has sought to protect itself from the many internal and external threats that it faces. Focusing thus far on issues related to sovereignty and security, the Council has attempted to address the refugee crisis, religious radicalism and terrorism, and the Russian menace to the East.

The EU Council houses all 28 member-states of the EU, a dozen non-EU states, and a handful of international organisations (IOs) and non-governmental associations (NGOs). Notable observer states include the United States of America, Switzerland, Russia, Georgia, Belarus, and other Central and Eastern European states. IOs such as the World Trade Organisation, the European Central Bank, and the International Criminal Police Organization. The Council totals 55 delegates.

Recently, homegrown radicalism has led to terrorist attacks on European soil, and the EU Council centred its efforts on security checks and cooperation from the start. Various measures have been implemented to foster intelligence sharing between nations and to strengthen the external borders of the Schengen area. However, as the Estonian representative pointed out in an interview with the MIR, disagreements have arisen pertaining to internal border checks that go counter to the EU’s core value of freedom of movement. Yet, a resolution that would enable member-states to reinstate passport checks at their border was approved.

The EU Council also sought to strike back at the Russian Federation in what it considers a disinformation war. An effort spearheaded by Georgia resulted in the adoption of a resolution that would seek to better the “public perception of the EU.” That resolution would enable the EU to censure ‘fake news’ online, as Georgia denounced the agency of the Russian Federation in funding “far-right blogs” and pushing forward its own “propaganda.” Signatories of the resolution also used the spectre of Russian interference in the upcoming French and German elections as an argument. In addition to countering Russian efforts, the Council was wary of looking after the EU’s flailing popularity in passing that resolution. Yet, defendants of freedom of expression expressed their concerns at the EU awarding itself the right to curate online speech. No comments were made as to whether EU officials might contact their Chinese counterparts for practical advice on internet censorship.

However, an embargo on Russia proposed by Ukraine failed on the floor, receiving only 18% of votes. The EU Council uses a weighted voting system, with each member-state receiving a voting share proportional to its population size. Observers, IOs and NGOs solely vote on a consultative basis. Another resolution seeking to strengthen the EU’s defense against contiguous threats, such as Russia, also failed. It would have put in place a minimal defense spending of 2.5% of the gross national product for all EU member-states. However, an informal alliance of Central and Eastern European states was set up to offer a united front to the Russian threat.

External observers have noted the originality of these measures, but rued the inadequate nature of some of these, as they only add to an already extensive set of regulations. Some proposals, such as a motion to build a wall across the EU-Turkey border, seemed inspired by current news events outside of the EU. There was no talk of the Middle East, or the EU’s foreign policy in the region.

Having dealt with security concerns, the EU Council is now set to design a thorough solution to the refugee crisis, prioritising that issue over economic matters, such as the pragmatic consequences of a hard Brexit. Delegates including Ireland and the Organisation of Economic Co-operation and Development spoke in favour of addressing economic difficulties first, claiming that it was a matter of more importance to the people than the refugee crisis, but failed to sway the assembly.

These talks were soon interrupted by the announcement of Marine Le Pen’s surprise victory in France’s presidential elections. The Council seemed mostly unfazed by the news, many delegates agreeing that France’s share of refugees could be easily re-distributed among other member-states. The Council’s session was then put to an end, and delegates are set to reconvene next month, with practical solutions to the refugee crisis in hand.