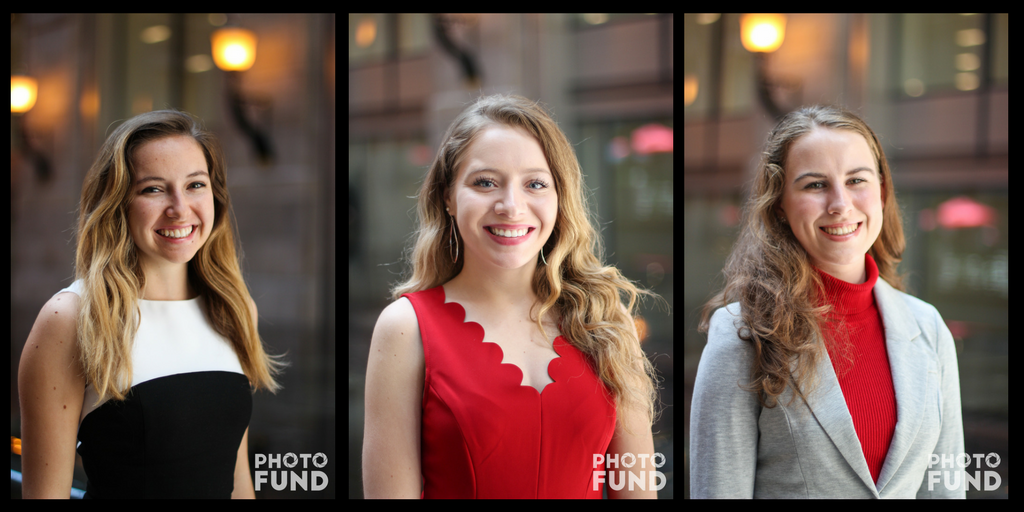 Editor’s Note: With Model United Nations conferences around North America often suffering from large gender imbalance and/or rewarding stereotypically masculine characteristics, MIR’s Marie Lemieux reached out to three women in positions of leadership at McMUN 2018 (and other portfolios of IRSAM) to ask them how staffers and delegates can better promote gender equality in Model UN.

MIR: In your opinion, why is it important to have more female leaders in the Model United Nations community?

Madeleine Kausel, Chair of ICAO: 2025 and VP Delegation Affairs of IRSAM, Inc: It is crucial to have more female leaders in the MUN community for a lot of reasons so I’ll only name a few. First, women in positions of leadership have the awesome opportunity to empower other women in Model UN. Whether it’s mentoring the younger women on my team or showing them that they too are just as good as the guys (if not better), it is important to be not just a leader but a role model. Women in leadership allows us to lift each other up, instead of tearing others down for the sake of an award. Second, it’s important to have more female leaders because we can prioritize creating a more inclusive and anti-misogynistic environment, in and out of committee. Most, if not all women, in university have suffered from sexist comments, degrading behaviour and harassment. Women serving in leadership roles can actively work to stop this cycle of inequity on their own team, committee, and/or Model UN conference.

Nicole Arski, Deputy Head-Delegate of the McGill Model UN Delegation Team: Women provide a different lens to IR and politics, and their experiences deserve to be integrated into the general dialogue of the MUN community. It’s time to move away from the overgeneralized narrative that pertains to only one specific group of people’s experiences.

Marie Fester, Assistant Crisis Director of Ad Hoc Committee and MIR Print Editor: Like in all organizations, I think that more diversity leads to better debate. Furthermore, women in leadership help to inspire younger generations of women, be it at high school conferences or through programs like Junior Peacemakers, to get involved. Finally, increasing female leadership will help to ensure a more female friendly environment for newcomers.

MIR: In your opinion, what areas of Model United Nations (conference organization, delegation teams, crisis vs. GAs, etc.) suffer from gender imbalance? Why is this the case?

Kausel: From my personal experience, almost all areas of Model UN suffer from a large gender imbalance, heavily favouring men over women. The majority of committees I’ve both chaired and competed in have been overwhelming dominated by men, especially in crisis. This reflects the lack of gender parity on the delegation teams themselves. Just this semester, I attended a conference where I saw an entire university’s team composed of only men. Unfortunately, it was only slightly shocking because Model UN often rewards stereotypically masculine characteristics: confidence, outspokenness, propensity for war (in certain committees), etc. I think this is changing, where diplomatic finesse and cooperation are increasingly valued, but it is also a top-down issue. With more women as Head-Delegates, Secretary-Generals, Chairs, I believe we can lift each other up in all areas of Model UN.

Arski: In my personal experience, crisis committees within Model United Nations are extremely male dominated. When travelling to compete at Harvard, I was one of two women within a 20-person crisis committee. Crisis committees oftentimes simulate military or war committees.  I think female delegates are, thus, dissuaded from joining a “boy’s club,” because they feel underestimated going into committee from the start. As a crisis delegate, I found myself often being alienated when trying to collaborate with other delegates (who were almost always male), because of this stereotype that women aren’t as well-versed in war games. The crisis realm is a tough environment to be in as a woman, because you have to work ten [times] harder to prove yourself as a competent delegate in order for other individuals to take you seriously.

Fester: I think that the greatest imbalance occurs among delegates on the college circuit. However, it is most noticeable in crisis committees, especially cabinet and military committees, where there are few female delegates and even fewer who have good ideas. Generally speaking, when in unmoderated caucuses it is harder for women to be taken seriously; men often talk over them or don’t take them seriously. I think that this is often because the male delegates don’t expect the women to have intelligent solutions, be it in a GA or in Crisis.

MIR: How can the Model United Nations community ensure that more women rise to leadership positions within it?

Kausel: To all the women in Model UN: support one another! To the men: be an ally! Lift your female colleagues up! To the MUN community: do not fall into the double standards that hamper progress. Is she aggressive or just confident? Is she bossy or just doing her job? If she wants to wear a pant suit or a dress or a skirt, it’s all WBA. Please don’t label her for her wardrobe. Admire her mind, don’t judge her for her body. Finally, hire and elect more women. The only way to get sexism out of Model UN is to get more women involved in it.

Arski: Individuals already in leadership positions have to be conscious of the gender discrepancy within executive MUN positions. Change really does start at the top, because there are always competent women in the fray, but they oftentimes have little chance to shine and work at a higher-tier within MUN organizations because they are either underestimated or overlooked. The former Secretary General of McGill’s 2017 SSUNS conference made a very genuine effort in this regard, hiring 9 women for his 14-member secretariat, creating a team that I was very proud to be a part of.

Fester: The community needs to actively engage in creating environments with less ‘bro’ or male dominated culture so that women feel more included. Furthermore, conferences and organizations must improve their response to behaviour that isn’t inclusive, this is one thing that IRSAM, including SSUNS, McMUN, and our team, have really been working on which is great to see.