Medicare For All: A Double-Edged Sword

There are a variety of ways to achieve a universal healthcare system in America, and Medicare-for-All is not necessarily the best one. 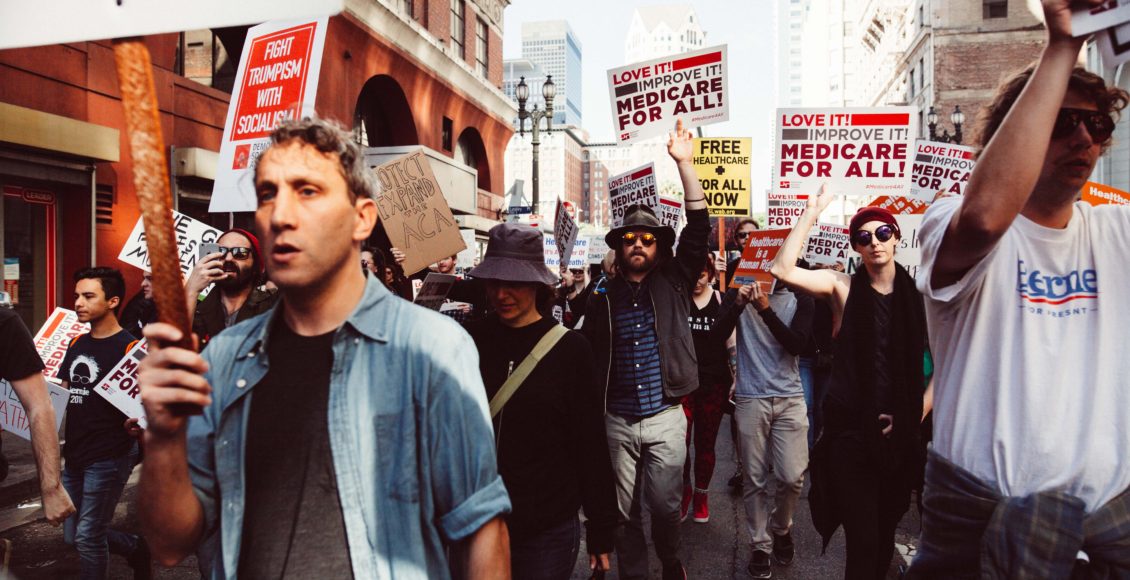 In 2016, Bernie Sanders made a historic presidential run that marked a paradigm shift in modern American politics. His political revolution brought forth many key ideas: The Fight for 15, Free public college and university, and Medicare-For-All among others—all at a time when the Affordable Care Act (ACA) was still polling unfavourably, and many believed it was a sign that Americans would never buy into “socialized” care. By 2016, some polls showed that 58 percent of Americans supported the idea of buying a healthcare plan directly from the government. Those numbers hit 71 percent in early 2019.

As the movement in the United State to recognize healthcare as a right rather than a privilege grows, so is the support for Medicare-for-All among elected officials. Before Bernie’s run, few, if any members of Congress supported Medicare-For-All or some sort of single-payer system. Today, the Medicare-for-All caucus in the House has over 75 members. Bernie’s Medicare-for-All introduction in the Senate has 16 co-sponsors.  Some of these, such as Sen. Booker (D-NJ) have ‘backtracked’, supporting the message of Medicare-for-All while not endorsing it as the best solution to universal healthcare nor supporting it in his presidential campaign. Medicare for All has become an important box on the progressive litmus test and candidates not endorsing it are treated as insurance company lackeys.

The argument within the Democratic party became a false dilemma: working closer towards universal healthcare through the ACA or Medicare for All single-payer system. With an area as complicated as healthcare, policy is far from being a one-size-fits-all solution. There are a variety of ways to achieve a universal healthcare system in America, and Medicare-for-All is not necessarily the best one. Out of many industrialized nations that offer universal healthcare, only Canada is said to have a ‘true’ single-payer system, and still, it is mandated at the provincial level with the participation of private insurers. While a few other countries that have similar systems are considered to be single-payer by some definitions, it is important to note that many industrialized countries such as France, the UK, and Spain have universal health care programs that are not single-payer and still allow for private insurers, something Americans want to hold on to.

Medicare for All would be a single federally run program offering healthcare to every single American. The sheer size of the program presents obvious concerns in terms of the cost and efficiency of a bureaucracy of that scale.

The idea of universal healthcare in the US is far from new. During the 1993 healthcare reform debate, then-first lady Hillary Clinton headed the task force to propose legislation that would cover all Americans. Although it was eventually defeated, the Health Security Act mandated employers to provide healthcare for all their employees. Today, employer-based healthcare remains one of the most popular solutions to the debate. Medicare for All enjoys high approval ratings, and the landscape of the debate has shifted. With up to 71 percent of Americans supporting the idea of guaranteeing healthcare as a right rather than a privilege, this debate is put to bed. Americans want universal health care.

However, those numbers drop significantly with specifics. Medicare for All’s ratings are around 56 percent, which then drops to 37 percent when told about the disappearance of private insurance and down to 26 percent when told wait times would increase. While it’s clear Americans want the government to step in and provide universal healthcare, it’s also clear that large majority of Americans are not willing to give up access to quality private care to accomplish this. This illustrates why the debate is so messy.

The closer we get to universal healthcare becoming a reality in the United States, the greater the scrutiny. The United States spends more than 2 times than other industrialized nations per capita on healthcare and doesn’t even provide full coverage for its people. This fact is often cited to make the argument that single-payer will lower healthcare spending. This narrow interpretation leaves out many complexities of the US healthcare system as well as the US’s position in the world when it comes to health and medicine. Had the United States implemented a universal system at the same time all the other countries did when costs exploded after the war, costs may have been comparable. But reducing costs from current levels is not as easy.

Many Democrats, especially presidential contenders, will feel pressured to endorse Medicare-for-All. The progressive movement has brought great grassroots ideas to the Democratic Party, but the pressure has made certain public officials and candidates afraid of having detailed policy discussion. Trying to explain universal health care in a private-public system without sounding like watered down Medicare-for-All is difficult, and progressives often see this as a failing answer on their litmus test. Beto made headlines when he said Medicare-for-All may not be the best way to universal health care. Booker and Klobuchar have also said they do not believe a single-payer system is the best option. This was even seen in the 2018 elections, when Florida gubernatorial Andrew Gillum’s firebrand progressive Medicare-For-All message seemed to become a more of a plea for Medicare and Medicaid expansion after the primary (to be fair, a governor has powers over Medicare expansion but none over federal legislation).

Besides policy, a universal plan would be significantly easier to sell, and many Republicans will face pressure in certain districts to endorse a plan with a public option. After the tough fight to pass the Affordable Care Act and the ensuing backlash that came during the 2010 elections, it is no surprise why many Democrats see this as a potential strategic blunder. The variation in poll numbers after voters are told about Medicare for All clearly shows voters do not support a true single-payer system. Without overwhelming public support, a Medicare-for-All type plan is almost certain to fail. Failure is not an option to many Democrats who saw the 1993 failure turn Hillary Clinton into a public villain and the narrow win in the 2010 fight feed a massive realignment movement in the GOP.

Although private insurance companies and pharma companies all blame each other for high drug and healthcare prices, it is important to understand what single-payer or other major drug reform will do to the global healthcare market. Many supporters claim a single-payer system (with drug regulations) will lead to drug prices comparable to those in Europe and Canada. Although it will definitively reduce the price of prescription drugs in the US, this point is often shortsighted, as it ignores the global pharmaceutical market. American pharmaceutical companies take the burden of much of the world’s Research & Development costs and often pass this cost off to consumers. European style controls will lead to forgone benefits from future research or a rise in the cost of these drugs in Europe. Convincing Americans to give up quality of care, increase their wait times, and getting them to interact more with the federal government are all quasi-impossible things to do. For politicians to explain all this while others are endorsing universal health care alternatives will prove to be even more difficult. This split within the Democratic party to convince the other, when both sides support universal health care systems can prove deadly. Not to mention the massive coordinated ad campaign between pharmaceutical companies, insurers, and the GOP. They have a history of running extremely successful campaigns when it comes to healthcare, as seen from the amount of false information and attacks on the “socialized healthcare” plan that is the ACA. Their biggest attack on Medicare-for-All, one which they made on the ACA, is about the “death panels” which they erroneously claim would exist under the new system. It refers to the rationing of care under the ACA, which is much more extensive in systems such as the Canadian one.

However, any non-single payer universal healthcare system is incredibly complex and difficult to explain. The leading alternative plans involve a public option, which Obama initially included in the ACA but was gutted by threats from then-Senator Joe Lieberman. It would allow any American to buy Medicare as their health insurance plan, reducing Medicare costs and in some of the proposals, also increasing minimum care. These plans also lower the Medicare age and increase the number of those who qualify. What can be made clear from the polls though is that Americans want the opportunity to buy Medicare while not causing a complete overhaul in the system. It makes sense. Passing universal healthcare that enjoys public opinion would not only be a major legislative victory that would give Democrats momentum, but it is also the best way to avoid unnecessary losses coming from Republican attacks. After all, it would be difficult for many suburban and other moderate Congresspersons to ridicule a Democratic plan that looks a lot like RomneyCare. Additionally, many of these same Republicans in tight races may already have to take a stand in defending the Affordable Care Act: millions of people will react to the risk of losing coverage after the Justice Department supported a lower court ruling striking down the entire Affordable Care Act. Patients can lose protection on pre-existing conditions when Republicans campaigned on not undermining these same protections. While the branding and momentum of the Medicare-for-All movement is at an all-time high, using it to build momentum and turnout might prove to be a double-edged sword not only because a significant part of that support isn’t genuine, but because there are solutions that have a higher possibility (or any possibility for that matter) of being successfully implemented, do not take us past a point of no return when it comes to reforming the healthcare industry, and still allow us to pursue universal coverage.

A comprehensive comparison chart of universal plans proposed can be seen here.

Alexandre Monnier is a U3 student currently pursuing a degree in Political Science and Economics. He specializes in North American and Latin American Politics.