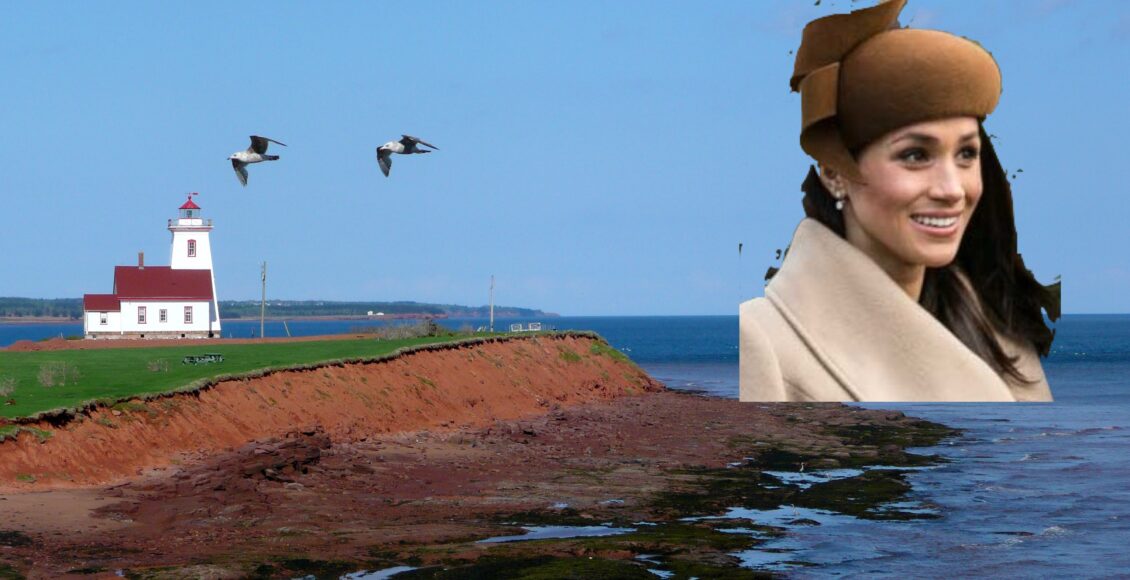 Prince Harry and Meghan Markle made international headlines in early March when they participated in a tell-all interview with Oprah Winfrey. The interview, viewed by 50 million people worldwide, exposed deep-rooted racism and stigmatization of mental health throughout the British Royal Family. As a result, there have been increasing calls in Canada to abandon the Crown after multiple centuries of having the British monarch as head-of-state.  Post-interview polls showed that 59 per cent of Canadians side with Meghan and Harry, and that a similar number view the monarchy as obsolete. Groups on Prince Edward Island (PEI), however, have identified an unorthodox goal in their fight to cut ties with the Royals: rename the province “Meghan Markle Island.”

Shortly after the Oprah interview, an online petition began circulating throughout PEI urging the provincial government to rename Canada’s smallest province. While initially seen as a farce, it has since been adopted as a serious proposition. Over the past month it has garnered nearly 60,000 signatures, representing nearly 40 per cent of the island’s population. While many MLAs have already expressed public opposition to the idea, it is expected that the petition will be presented to the province’s Legislative Assembly next week for further debate. Although the odds are slim, it is possible that the proposed name change could be voted on in a referendum later this year.

Prince Edward was a military commander, and the first royal to live in Canada for an extended period of time. Although known as “The Father of the Canadian Crown” by his biggest fans, even historians struggle to identify his impact. Prince Edward famously hated PEI’s red-sand beaches, and fun of any kind. He also allegedly quelled Anglo-French tensions by becoming the first person to use the term “Canadian” to describe both French and English inhabitants, but that statement lost its impact after a couple of hours. His only child, Victoria, then went on to become Britain’s longest-reigning monarch and transformed the British Empire. As a result, Edward’s biggest contribution was inspiring thousands of children around the world that they, too, could be much more successful than their parents. Although he tried really hard, Prince Edward had, at best, a negligible impact on Canada.

On the other hand, Meghan Markle loves potatoes, has reached immense levels of popularity throughout Canada, and is widely respected as a forward-thinking and inspiring figure. In fact, 80 per cent of Canadians supported Harry and Meghan’s decision to leave the Royal Family last year. Furthermore, she has a strong connection to Canada: while working on her show “Suits,” Markle spent seven years living in Toronto. Moreover, Markle has historically been a big supporter of Canadian islands. When she and Harry first left England, they initially settled on Vancouver Island, otherwise known as the PEI of the West. Many believe that she has stronger and more legitimate ties to modern Canadian culture than Prince Edward, and is thus a more appropriate namesake for the island.

As the petition has gained traction, public opinion has surprisingly swung towards a re-naming of the province. According to Charlottetown resident Anne Shirley, “No-one even knows who Prince Edward is nowadays. We want a name that we can be proud of and we believe that Meghan Markle is more representative of who we are as a province, and as a country.” Even the province’s most confident royalists are now legitimately concerned that the province may actually be re-named. Director of the PEI Historical Society, Edgar Allan Roe, recently stated that, “Prince Edward is an integral figure in our shared history. Any re-naming effort is merely another example of the ‘woke’ culture sweeping through our society.”

The governing Progressive Conservatives have expressed fervent opposition to the renaming of the province but have been forced to present the petition to the legislature given the sheer number of signatures that it has accumulated. A source close to Premier Dennis King has leaked that the government is considering a compromise that would keep the province’s name but appoint Prince Harry and Meghan Markle as co-Lieutenant-Governors of PEI.

On the other hand, Liberal leader Sonny Gallant has expressed unrelenting support for renaming the province, stating that “our job is to carry out the will of the people.” The leader of the official opposition, Peter Bevan-Baker of the Green Party, has signalled that his caucus intends to take this petition seriously and push for a referendum. They have targeted August 4 as a possible date for the vote, coinciding with the 40th birthday of Meghan Markle. If a referendum is indeed called, pollsters now predict that approximately 57 per cent of Prince Edward Islanders will support renaming.

As many Canadians try to distance themselves from the monarchy, it is very likely that Canada’s smallest province will drop its royal namesake and embrace “Meghan Markle Island” by next fall. But it won’t stop there. Inspired by the efforts in PEI, there are now groups advocating to rename British Columbia as “Canadian Columbia” and Alberta, currently named after Princess Louise Alberta, as “Gretzkyta”. Whether you call it cancel culture, modernization, or bicentennial nomenclature re-evaluations, rest assured that a new name is coming to a province near you.

Featured Images: “Prince Edward Island in Canada” by Rutha Copley is in the public domain;  “Meghan Markle on Christmas Day 2017” by Mark Jones is licensed under CC BY 2.0