To Merkel, or not to Merkel? One Last Test for the European Union in 2017 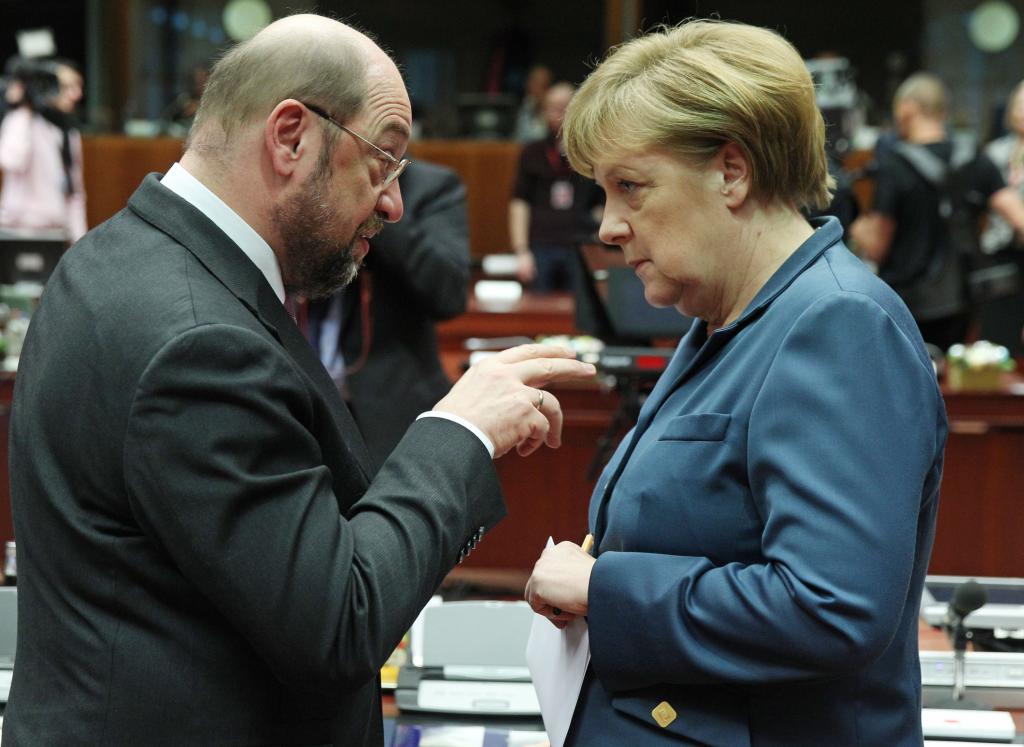 Germany’s Federal election, which will be held in September 2017, stands as the next political test for the European Union following Emmanuel Macron’s victory over Marine Le Pen in France on May 7th. Unlike recent elections across the region, its importance lies not solely in countering the rise of populism domestically, but in shaping the Union’s post-Brexit approach in the midst of rising right-wing discourse and Euroscepticism. On September 24th, the elected German chancellor will have the opportunity to set the tone for the EU’s upcoming agenda by either encouraging a new, fairer distribution of power in the European block, or by upholding the current state of affairs.

Martin Schulz of the Social Democratic Party of Germany (SPD) and the incumbent chancellor, Angela Merkel of the Christian Democratic Union of Germany (CDU) are poised to be the two front runners in the election. While Merkel had vowed not to run for office again in 2013 when she was last elected, the terror attacks which have since struck the country as well as the ongoing, Europe-wide immigration crisis will likely incentivize her to compete for the country’s leadership once more. The chancellor would rely on a trademark platform of economic stability and European cooperation to secure a fourth term.

Further to the left of the political spectrum, Martin Schulz, who left his post as President of the European Parliament to take on the head of the SPD, markets himself as an alternative to Merkel’s twelve-year reign. Schulz supports EU integration like Merkel, but argues for less unilateral decision-making within the Union. The new SPD leader wishes to delegate more agency to national and local levels, as opposed to maintaining a centralized European authority as is currently the case. This would create more harmony and understanding between member states, allowing the EU to be more united against contemporary threats such as terrorism.

The results of the German elections are unlikely to yield much surprise, with Merkel predicted a win at 36% despite the “Schulz Effect” taking place earlier this year, which temporarily tightened the electoral discrepancy between the two candidates. The country’s Länder (state) elections, which were held in April and May, further showed a reversal of the pro-Schulz trend and strengthened the CDU’s grip on regional politics. This renewed enthusiasm for the CDU is perceived by many analysts as a sign that Merkel will be successful in her quest to remain chancellor for another four years. The CDU candidate’s victory seems the most likely scenario considering that no popular radical candidate is set to receive enough political support to rival her in the next months, unlike in France where Marine Le Pen’s rise in the public opinion pushed traditional parties’ candidates out of the electoral race.

Germany is nevertheless not spared by the now familiar phenomena of divided partisanship, Islamophobia and Euroscepticism. With more than seven parties predicted to occupy seats in the 19th Bundestag, the German parliament, the future government’s task for coalition building and policy making is projected to be laborious. This has not occurred in more than sixty years.

A CDU win, in this light, does not guarantee smooth sailing or significant political agency for Merkel as she has benefitted from in the past. The SPD is likely to suffer the same fate should Martin Schulz be successful in the election. Whomever German voters select to be their next leader, she or he will then need to make considerable efforts to guide the country and influence the EU as they see fit. The traditional, consensus-oriented German political mentality has further been fragmented by the emergence of Alternative for Germany (AfD), an anti-immigration right-wing party not unlike Britain’s UKIP or France’s Front National. The AfD gained momentum by capitalizing on widespread discontent prompted by Merkel’s decision to welcome more than one million refugees to the country. Though its forecasted score is currently a low 7.5%, it is high enough to obtain seats in the next Bundestag, which would further complicate the body’s legislative task. The AfD’s support base is expected to grow as anti-immigration and Eurosceptic sentiments intensify should the current state of affairs persist. Such a party has not had a place in German politics since before World War II.

This political volatility stands to become a long-run feature of German politics, lest wide-scale reforms are attempted by the next chancellor to appease tensions. Schulz’s broad vision, because it entails more independence at the state-level in the EU, appeals to many Germans as the most effective plan of action. It has the potential to stifle Eurosceptic claims according to which domestic disorder is a direct consequence of European misgovernance, since greater accountability would be carried by individual member states. Schulz thus plans to continue to “narrow inequalities within and between societies” in the EU. This enthusiasm is dampened by the array of Germans who see a greater payoff in Merkel’s cautious strategy of upholding the European status quo. A majority of German voters adhere to the security dogma which she embodies. In their eyes, political stability and continuity are the most useful tools to continually provide the secure living environment that Merkel has strived to establish in Germany.

Although the people’s protection from external and internal threats is unquestionably desirable, it is currently living on borrowed time. Macron’s victory in France caused most Europeans and Germans to breathe a sigh of relief, but it now presents the danger of becoming a political smoke screen. Germany should not be blind to the urgent necessity to welcome change in the European system, so that its longevity may be ensured. Germans need not be afraid of innovation. They must recognize that deep, systemic German-led reform is needed in the European Union if they hope to curb the rise of neo-fascist, populist elements in their country and across Europe.