Middle of the Pole: Justyna Zajac Explains Poland’s Place in the EU, part 1 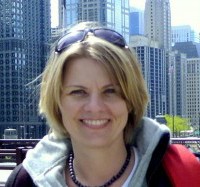 I sat down in my home of Washington, DC with George Washington University’s visiting political science professor Justyna Zajac. A charming lady of around 30, she is a leading expert of Polish political transition from a stalwart of communist ideology to an active member of the European Union and overall Euro-community. Our conversation took place over coffee and warm spirits to counter the cold outside.

This transcript has fixed grammatical errors from the recordings.

Max Segal: Would you say that, looking back at 20 years of a tumultuous transition from militaristic communism to what is commonly referred to as “freedom,” Poland looks back at its choice of accession to the EU as a mistake or a success?

Zajac: Poland is happy with the intrinsic decision to become part of Europe. If you look at Polish history beginning with the Foggy Times, Poland was always more European and closer to Catholic tradition than Lithuanians, Mongolians, Russians. Polish nationalist spirit is so strong because of this longtime problem in Polish history; Poland was never there, where it needed to be. Polish poets, polish poems – Adam Mickiewicz and Pan Tadeusz – they all discuss Poland being belittled by higher powers, also very sad that Poland cannot determine its own future. This represented for Poland the first time when Poland could do what it wanted without being forced to do it.

So there is no sentiment in Poland that there was American influence at play?

Not with regards to EU membership. At the time of the joining of the EU, Polish people all around were very happy and found a unity in the idea. Even former government officials thought joining the European Union was a very good idea for Poland. Polish pride and nationalism only increased with this decision. The first few years of the European Union experience was very fun for all the people in Poland.

Did people not assume that industrialization awaited them as the only use for Poland inside the EU?

People were not reluctant about this. The Soviet reality was not much different than this. People were just as worried about working manual jobs. Here, at least there was a promise of higher wages, higher morality. It was a very convincing argument. In the early 2000s, the best way to win an election for the Presidential position was to promise more cooperation with Europe and bring more European corporations into Poland. Essentially, that is what happened. The Polish people became very unhappy with the process of European integration after the 2008 crisis.

The corporations that used Poland as a high-skill well-payable workforce picked up their factories and relocated to China, Northern Africa, or newer members of the European Union. The 2008 crisis made wages-to-cost of labor in Poland unattractive for potential industrialists, who no longer saw an advantage to building factories in Poland.

So are people discontent now?

Not particularly, no. They have begun to take out their anger with the government of Poland itself. The Polish government has had to reduce the effects of the crisis since 2009. They are raising the retirement age, touching pensioner’s funds, introducing new legislative and economic reforms that are supposed to make Poland more independent from friends who appeared not to be friends. The people saw the government as the face of the worse standard of living that was happening in Poland. Perhaps this can even partially explain why there is so much tumult within Polish governing systems. The ruling parties always change. It is rare for the same party to stick through a cycle. Each succeeding political faction always promises to fix the problems the last government brought on Poland (everyone in politics knows that the Polish government cannot do much about the circumstances), but every time, this political coalition always fails. This has become a regular pattern for Poland.

Any hopes of that changing in the near future?

My guess is no. Poland’s unemployment is raising and the development rates that people saw in the late 1990s have irreversibly gone away. The people feel stuck in the situation with a bad government, but it’s a bit of their fault. They are the ones who made the situation where the government must clean up the mess of the EU. It is the EU who made the situation so unpleasant for Poland, yet somehow the Polish people punish their elected people? This makes no sense to me. The solution to this is to find a way to reintroduce a belief in Poland as a country that has a rich history, terrain, culture. Poland will remain a dependent to all other countries if this does not happen. It is sad to see this spirit that was so strong and robust until the 21st Century become so weak and quiet as the Polish history continued to evolve. I am hoping that Poland realizes the mistake of making the EU like a saint. I do not want to seem that I am a virulent Euro-skeptic. Polish people and I think joining the EU was a great benefit for Poland. However, I think that Polish people did not treat this opportunity with respect. I want to see more Polish people believe in Poland the country, Poland the land of many great writers and painters. Poland is not the EU’s member state, Poland is a country that had a huge kingdom when many other countries in the EU were still principalities and city-states. I hope that, soon, Poland will develop a sense of self worthiness like the United States has in the past. Perhaps the development comes in different speeds to countries around the world.

I'm Max. I like politics and eating my way through Canada. Star Wars > Star Trek. Connery was the best Bond. Contact me for food recs/problems with this piece/movie opinions.