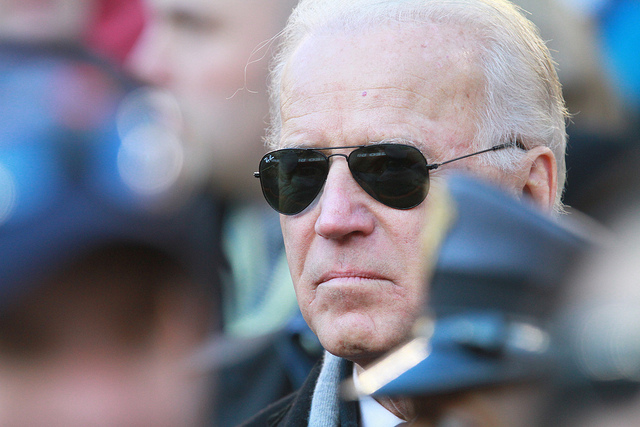 Outgoing (it pains me deeply to write that) Vice President Biden once stated, “Failure at some point in your life is inevitable, but giving up is unforgivable”. If anybody lived out that mantra, it was our vice president, and for that, I will truly miss him. Government just won’t be the same without Joe Biden, because he represents the good in politics and its manifestation as public service.

Biden’s distinguished national career, which began in 1972 with his election to the Senate, has been marked with tragedy followed by perseverance. On the first Christmas following his victory in 1972, Biden’s wife and one of his young sons perished in a tragic accident that also injured his other two sons. Despite this incredible loss, Biden persisted in his service to the American people, taking his oath in his recovering son Hunter’s hospital ward. This is just the first example of the grit that defines Biden.

In 2015, tragedy struck again. Amidst rumours of Joe’s potential presidential campaign announcement, his son Beau, a military veteran and Delaware Attorney General, died from brain cancer. While the grief that swept over Biden and his wife Jill effectively scrapped his presidential plans, Biden didn’t give up. This time he announced the formation of the Biden Cancer Initiative, which he will lead after leaving the White House, to help find a cure to cancer. It’s admirable how through loss, Joe Biden continues to fight for the people, whether it be in the halls of Congress or in the field of medical research. From the trials he underwent, he seeks to teach others, to inspire, and to make a lasting impact.

His widely chronicled, and incredibly adorable, close relationship with President Obama culminated this last week when Obama surprised Biden with a Presidential Medal of Freedom. Biden’s tearful reaction displays a level of humility and raw emotion not often seen in politics. In an era where people see politicians as robots, this touching moment stands out. In fact, in a truly tear-jerking moment of friendship, when Beau Biden fell ill and Joe was faced with the prospect of having to sell his house to pay medical bills, Barack Obama offered to step in and pay the expenses. This friendship serves as testament to the bonds that politics can create. While too often the stories we hear in politics are those of division and negativity, the bond between Obama and Biden is one of genuine brotherhood: one that, politics aside, we can all respect.

Furthermore, Joe Biden is down-home America. It’s as if his rust belt roots never left him, even after all his years in office. D.C. culture never got to Biden’s head. How many vice presidents raced a former Secretary of State in Chevy Corvettes? For that matter, has any other politician ever been so addicted to ice cream? Add to that his witty humour, and you’ve uncovered the beauty of Biden. Too many politicians strap on a chintzy popular appeal to get votes, but Biden’s relatable Americana and folksy aura brings the country unbridled joy.

Finally, Joe Biden’s politics will be missed in Washington. His extensive legislative record demonstrates a long-held commitment to fighting for a better world. From working hard on the Violence Against Women Act to sponsoring countless foreign policy measures, it’s clear that Biden’s Senate tenure was productive, which again displays the respect he has for government. He never hesitated to work across the aisle for productive solutions, which in today’s divided political climate demands immense respect.

Democratic, Republican, or Independent, I believe it will be impossible not to miss outgoing VP Joe Biden. It’s rare to find such a true statesman endowed with a comparable sense of commitment, perseverance, and respect. As Joe Biden and Barack Obama leave the White House, we would do well to remember the vice president’s wise words on never giving up. Even though these next four years may be difficult, we must always remember the dignity, fortitude, and respect Joe Biden brought to Washington.