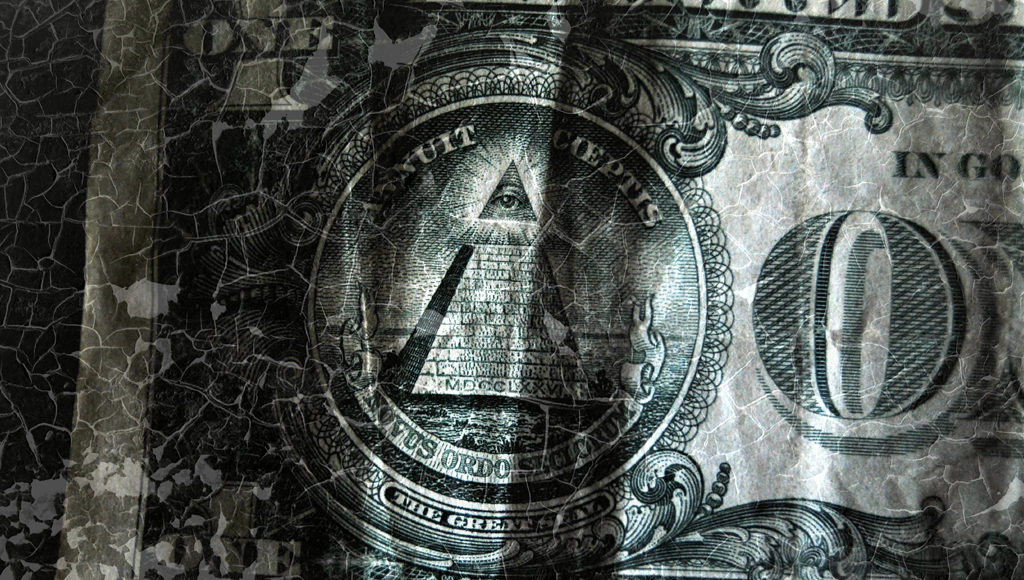 I didn’t doubt for a second when my science teacher informed the class that the Earth was an oblate spheroid: a nearly perfect sphere, but a little chunkier around the middle. The fact that our planet is spherical in nature has been known (depending on who you ask) for almost 2,000 years, dating back to the ancient Greeks. In fact, the Greek mathematician Eratosthenes even calculated the circumference of the Earth. By the time Magellan circumnavigated the globe and Christopher Columbus attempted to sail the seven seas in the 16th century, the knowledge that you couldn’t just sail off the edge of the Earth was common knowledge.

And yet, the idea of a ‘Flat Earth’ persists. The Flat Earth conspiracy theory has a shockingly large base of true believers who stubbornly reject every shred of scientific evidence. In their world, we live on a disc under a manufactured sky, where the seas are contained by great walls of ice and NASA has set out to hide the truth via photoshop and propaganda in order to control the masses—they even faked the moon landing.

Conspiracy theories have played a critical role throughout America’s history, starting with the radical ideas of revolutionists who built a Constitution based on the idea that civilians should always question and challenge authority, whether it’s how much you have to pay for tea or if your President was actually born in the United States. A considerable number of pivotal historical events and American institutions are surrounded by conspiracies.

For example, in the late 1940s and the early 1950s, DDT (dichloro-diphenyl-trichloroethane) exploded onto the market as a revolutionary pesticide because of its unique ability to eliminate most pests rather than targeting one or two. Soon enough, it was everywhere: delousing soldiers in trenches, eradicating malaria-causing mosquitoes in South America, and on thousands of commercial farms. As a result of its widespread use, DDT became an intrinsic player in the food chain, as insects passed the chemicals onto animal populations (birds in particular) and dangerous chemicals entered the water supply.

This inspired Rachel Carson to write the book Silent Spring in the 1960s, a novel which discussed the dangers of a technologically driven society that doesn’t consider long-term effects of its decisions on people and the environment, centred around her research into DDT usage. The notion of a ‘silent spring’ arose from the fact that DDT resulted in extremely thin and fragile shells of eggs that critically decreased bird populations across the United States, resulting in quiet springtimes when one would expect to wake to birds chirping.

The book inspired another popular conspiracy theory: the C.I.A. eradicated the bird population and replaced them with high-tech drones to spy on the civilian population under the C.I.A.’s director Allen Dulles and President Eisenhower. These high-tech bird drones were designed by scientists and engineers at Area 51. This led some people to genuinely believe that the birds are fake and are actually tools for government surveillance.

The Eye of Providence, as found on a US$1, is often used as evidence for the theory that the Founding Fathers had associations with the Illuminati or the Freemasons, both well-known ‘secret societies.’ The symbol overlaps between the groups because it is said that high-ranking Freemasons are also likely to members of the Illuminati. According to these groups, the Eye of Providence is symbolic of a plot to control humanity and governmental surveillance of citizens, which is an increasingly consequential belief in a society that relies heavily on technology.

Even September 11th, 2001, arguably one of the darkest days in American history, is shrouded in conspiracy theories. Some believe that the U.S. knew of the impending doom and simply chose not to act. Others believe that the sitting President Bush orchestrated the attacks to further his political prospects. In fact, a study done in 2016 at Chapman University showed that approximately half of Americans believe that the government is covering up information regarding both the 9/11 attacks.

Conspiracy theories from ‘birds aren’t real’ to the long-running political joke that politician Ted Cruz was the Zodiac Killer have been popularized by social media—my sister got a t-shirt for Christmas this year that reads “bird watching goes both ways.” It’s a form of entertainment for the masses for who the idea of believing in these conspiracy theories is comical.

While entertaining these conspiracy theories seems harmless, the truth is that the perpetuation of conspiracy theories in the American psyche throughout history has had lasting effects, even on those who don’t necessarily believe. America’s ingrained distrust of both the government and fellow citizens is obvious in recent studies done by the Pew Research Center, which found that two-thirds of Americans believe that the federal government deliberately withholds important information from the public and another quarter believe that American’s level of confidence in each other is a critical issue.

Given the polarized state of U.S. politics, the lack of trust characteristic of the American psyche is mirrored by the increasing number of accusations referencing ‘fake news’ and ‘alternative facts.’ President Donald Trump has played a role in popularizing the ‘fake news’ ideology in his near-constant stream of tweets, tacitly encouraging his supporters to call out anything they deem ‘fake news,’ which has fatally blurred the lines that define fact and opinion.

Mini Mike is part of the Fake News. They are all working together. In fact, Bloomberg isn’t covering himself (too boring to do), or other Dems. Only Trump. That sounds fair! It’s all the Fake News Media, and that’s why nobody believes in them any more.

In a study of the diffusion of both true and false news on Twitter from 2006 to 2017, false news regularly spread to beyond 1,000 people, often approaching 100,000, whereas the truth rarely diffused beyond 1,000 people. Falsehoods often spread much faster and farther than the truth because they follow the ‘power law’ of social media, which asserts that messages aimed at small numbers of influential people with large audiences, like the President or celebrities, results in the most rapid spread of information, regardless of its veracity.

The ingrained, distrustful nature demonstrated by the proliferation of traditional conspiracy theories and ‘fake news’ has only served to worsen America’s built-in persecution complex. Attempting to correct someone simply leads to more accusations of conspiracy and dishonesty. Unfortunately, dismantling the institutions that perpetuate the harmful ideologies of the American populace is virtually impossible when one considers the historical and emotional scope of their grasp.

The recent infiltration of conspiracies and fake news in mainstream media reflects the deeply partisan nature of the American political environment, serving only to further the sociopolitical rift in the country as the 2020 Presidential Election rapidly approaches.