Modern Day Slavery Under the Guise of Domestic Work: The Plight of Kenyan Workers in the Middle East 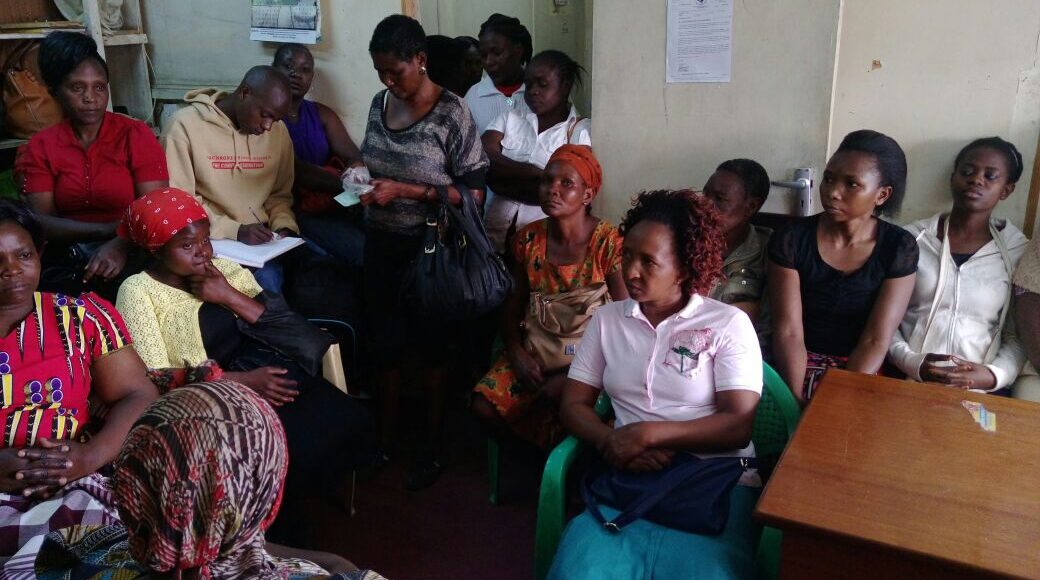 The International Labour Organization (ILO) estimates that, as of 2015, there were around 3.16 million domestic workers employed across the Arab states. This is largely due to the deficits in social care for the young, sick, and elderly across the region, leading to changes in household structures. This has also contributed to the increased recruitment of domestic workers from developing countries to work in households as nannies, cooks, and maids. Families in the Gulf states are willing to pay relatively more than what many of these domestic employees could earn in their home countries, which, in the case of Kenya, explains why 57,000 to 100,000 people travel to the Middle East for work every year. The Kenyan government will often train women to become domestic workers in the Gulf states through education about cultural differences and customs to help improve their employability.

Domestic work represents the possibility of a better life for low-income women, especially as any additional income from these roles may help women support themselves and their families. However, these workers are subject to the kafala system, whereby a domestic worker’s legal status in the country is tied to their employer. This system places domestic workers at risk of labour trafficking, physical, mental, and sexual abuse. Migrant domestic workers are often excluded from labour legislation in host countries, which leaves them at the mercy of their employers until their contract is up. According to the ILO, the “informal, unregulated and isolated nature of [this] work” makes domestic workers vulnerable to abuse and often leaves them stranded in foreign countries with little help and no escape.

The abuse inflicted on domestic workers can range from withheld wages and limited food to verbal, sexual, and physical abuse. According to Balongo, a Kenyan woman that worked in the Middle East, “to ensure I didn’t get out of the house, my employer would lock the doors whenever they left,” Balongo’s account highlights the extent of servitude to which domestic workers are subjected. Lebanon is one of the Gulf countries where some of the worst treatment of migrant workers, akin to modern-day slavery, has been observed. In 2008, Human Rights Watch found that around one domestic worker a week died in Lebanon of unnatural causes such as suicides or falls from tall buildings, namely during escapes. A decade later, a video emerged of the brutal assault of two Kenyan women by two men and a woman on the streets of Beirut. The victims, Rosa and Shamila, were arrested and threatened with deportation while their attackers went free, as happens most often.

In 2012, following years of reported abuse, the Kenyan government revoked work permits and introduced a ban on the flow of Kenyan workers to the Middle East. Prior to this legislation, recruitment agencies had no obligation to bring workers home following cases of abuse. Instead, they encouraged workers to remain in the workplace or reshuffled them into other homes in order to sustain their ability to profit from their wages. In 2017, Kenya and Saudi Arabia, Qatar, and the UAE negotiated a new trade deal where Kenyan domestic workers could go to these countries, ideally under the protection of new regulations. With a minimum wage of CAD 520 a month plus housing and food, among many other rights ensured by the new bilateral agreements, the hope was to ensure the safety and protection of Kenyan domestic workers abroad.

Although there are only 29 government-vetted agencies that are now allowed to issue work permits to Kenyans seeking work in the Middle East, the Kenyan Ministry of Labour sent a mission to keep track of nationals working in the Gulf states to ensure no disappearances, untracked trafficking, and deaths. As with any issue, criminal organizations like trafficking rings continued their attempt to circumvent regulations and send workers to these countries without any protection. Many workers will opt to seek help from these illegal syndicates as working in the Middle East, despite the risk, is the best way of supporting their families and escaping poverty.

The abuse and exploitation of migrant domestic workers is an issue of international relevance that concerns the violation of human rights and must therefore be addressed accordingly. Domestic workers who are victims of abuse are entitled to the right to a fair trial or court appearance to expose the horrors they have suffered. This may ensure that the households who perpetrate these abuses are prosecuted and punished so as to deter other households from committing similar crimes. Instead, these women are often threatened with deportation if they report these crimes, as is the case for many Kenyans. However, upon their return home, many face no job security or savings and suffer many “psychological scars”. There are too few mental and physical health services in Kenya to remedy this situation. The lack of social care has consequently contributed to an increase in human trafficking from Kenya back to the Middle East, despite efforts to return home following abuse initially.

Trace Kenya is a national Counter-Trafficking in Persons (C-TIP) organization. It focuses on the prevention and protection of victims, prosecution of traffickers, and partnerships for a unified response to the issue. However, their success rate is still low when considering the number of women in need of aid. In addition, the Migrant Workers Forum is an informal network that provides many services to women returning from abuse, though it equally lacks the appropriate resources to provide help to all the returning survivors of abuse. The ILO has attempted to improve working standards by instating fundamental rights for all workers in the Middle East, including weekly rest, reasonable work hours, clear information, and timely payment. Though many countries across the Gulf have signed the ILO’s Convention No. 189 on Decent Work for Domestic Workers that ensures the safety and good treatment of domestic workers, several, like Lebanon, have yet to apply it or comply with its regulations.

The COVID-19 pandemic has only worsened this situation. Movement restrictions have been implemented to limit the spread of the virus, leaving thousands of domestic workers stranded in abusive homes. The added pressure of the pandemic has caused global rates of abuse to skyrocket, and migrant domestic workers are no exception to the trend. Many employers have “forced them to work up to 21 hours a day without rest and no day off, provided little food, underpaid, delayed, or withheld their wages, restricted communication with their families, confiscated their passports, and physically or sexually abused them”. This has made escaping abuse and seeking help harder while practically eliminating the possibility of returning home.

This situation is a vicious cycle that only continues to become further ingrained in the fabric of Middle Eastern society, and Kenyans are becoming accustomed to the abuse. Both sides need the other in order to maintain an equilibrium, but change is long overdue. As one Kenyan worker stated: many “would rather die poor than go back to [Lebanon] for work,” despite the potential financial reward.

Featured image: Domestic workers preparing for the ratification of the ILO C189 “Kenya: KUDHEIHA’s preparation of the procession to Parliament and Cabinet Secretary” by IDWF photos licensed under CC BY-NC-ND 2.0.