Modern Eugenics and the Racial Dynamics of ‘Better’ Breeding 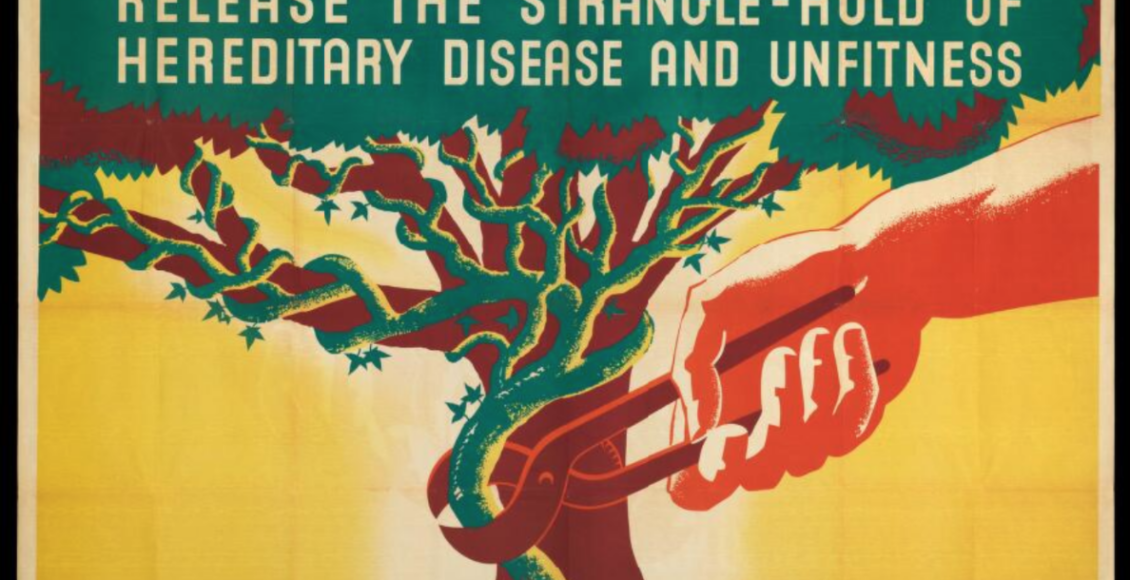 Many people see eugenics as a practice of the past. However, eugenics continue to influence our thoughts and our public policies. Eugenics is a set of beliefs and practices that aims to improve the human species through selective breeding. In other words, it promotes the selective mating of people with specific “desirable” hereditary traits. Whether eugenics is ethical is a controversial subject in today’s world. Historically, “eugenics” is a term with a loaded significance. In the past, the study of eugenics was used to advocate for the “improvement” of the human population, justifying concentration camps, medical experiments, and mass exterminations. Early supporters of eugenics even believed that people inherited mental illness, criminal tendencies, and poverty; and that these conditions could be bred out of the gene pool.

Current political discourses and government policies have been promoting similar ideas today — albeit with more subtlety. The social propaganda behind eugenics has been particularly detrimental to racialized people, whose inherited traits have been used as justification to deter reproduction and survival for centuries. In this article, I will discuss three common examples of how modern forms of eugenics manifest as part of the overreaching arm of white supremacy.

For many years now, the mainstream environmental movement has claimed that drastic population-reduction measures are necessary to reach climate goals. However, these claims have racist connotations. In The Population Bomb (1968), Paul Ehrilch wrote that “the battle to feed humanity is over,” and that the 1970s would be a time of global famine and ever-rising death rates. Ehrlich concluded this after travelling through Delhi, India. During a taxi ride, Ehrlich describes “People visiting, arguing and screaming. People thrusting their hands through the taxi window begging.” He continues: “Since that night I’ve known the feeling of overpopulation.” It is ironic that at the time his book was written, Delhi’s population was nearly three million, while both New York and Paris housed about eight million. Ehrlich’s emphasis on an Indian city as the example of overpopulation, instead of using a case from a Western country, is part of a continuing pattern blaming the Global South and the mostly non-white people who live there for global problems. In the year following the publication of Population Bomb a policy of forced sterilization in India took the goal of curbing the population to the extreme, depriving citizens of the right to engage in voluntary family planning, and  mainly targeting poor men and women. Ehrlich’s predictions were wrong; but decades later, his successors still use his same arguments to explain environmental problems.

The world currently produces enough food to feed 10 billion people, and there are only 7 billion of us. Hunger is a problem in many parts of the world. Still, this is not a result of overpopulation but rather of unequal distribution of resources. It is unfair to expect the communities that do the least damage to the environment, most of whom live in or originate from the Global South, to bear the brunt of the impact of the climate crisis.

2. The dismantling of the welfare system

It might be surprising to know that welfare rights and reproductive rights are deeply intertwined. Someone in your surroundings, or yourself, may have asked the question: “Why do poor people have children if they’re not able to support them?” This question is asked without taking into consideration that many people will never achieve the economic security that one typically sees as a prerequisite for parenthood.  For the past few decades, however, lawmakers across the political spectrum have used fiscal policies as means to curb the growth of poor communities by preventing them from reproducing. The Trump Administration, for example, unveiled a plan to disqualify 3 million Americans from receiving food stamps in March 2020. The proposal eliminated automatic enrolment in the Supplemental Nutrition Assistance Program (SNAP) for families that receive other benefits, as it claimed that it would help eliminate poverty by decreasing “dependency.” The flawed logic behind the idea that providing support to the poor’s children would incentivize poverty and encourage low-income people to take advantage of social support by reproducing was the basis of this proposal. Studies have, in fact, shown no correlation between benefit levels and birthrates among low-income women. It is important to consider that it is not only personal (ir)responsibility, but also structural pressures that lead to poverty. Some factors outside of the control of the individual, including being a person of colour, increase the likelihood of living in economic instability. Sadly, the families that are most vulnerable to efforts by the state to shape their reproductive choices face the deepest cuts in support.

Eugenics has been used in the past to justify the mass exterminations of “undesired” populations. It is still used to the same ends today. Cases of forced sterilization, primarily of women of colour, continue to be reported in countries across the globe. For example, Indigenous women in Canada have been subjected to forced sterilization going back many decades, including as recently as 2018. In fact, a class action lawsuit claimed that more than 100 Indigenous women in Saskatchewan have reported being victims of coerced sterilization, dating back 30 years. More victims are coming out about their own experience regarding this matter, but the full scale of the problem remains unknown due to the lack of data and of serious investigation. Systemic institutional racism in Canada is a legacy of colonialism. We have proof of Canada’s history of eugenics practices as early as 1928 in Alberta. This is not unique to Canada. In Peru, former dictator Alberto Fujimori has been accused of the crime of sterilizing more than 200,000 Indigenous women and over 22,000 men between 1990 and 2000. In South Africa, dozens of HIV-positive women were subjected to sterilization after giving birth at public hospitals, according to a report from the Commission for Gender Equality.

It is easy to take for granted our common reality, but things that seem as simple as the right to reproduce are not given to everybody. Because eugenics still play a subtle role in scholarship and policy, it is important to be mindful of propagating the racist ideologies behind eugenics as they have very real consequences for racialized people around the world who find themselves, once again, having to fight for basic human rights. Because after all, reproduction is a human right.