Modi Needs to Be Held Accountable 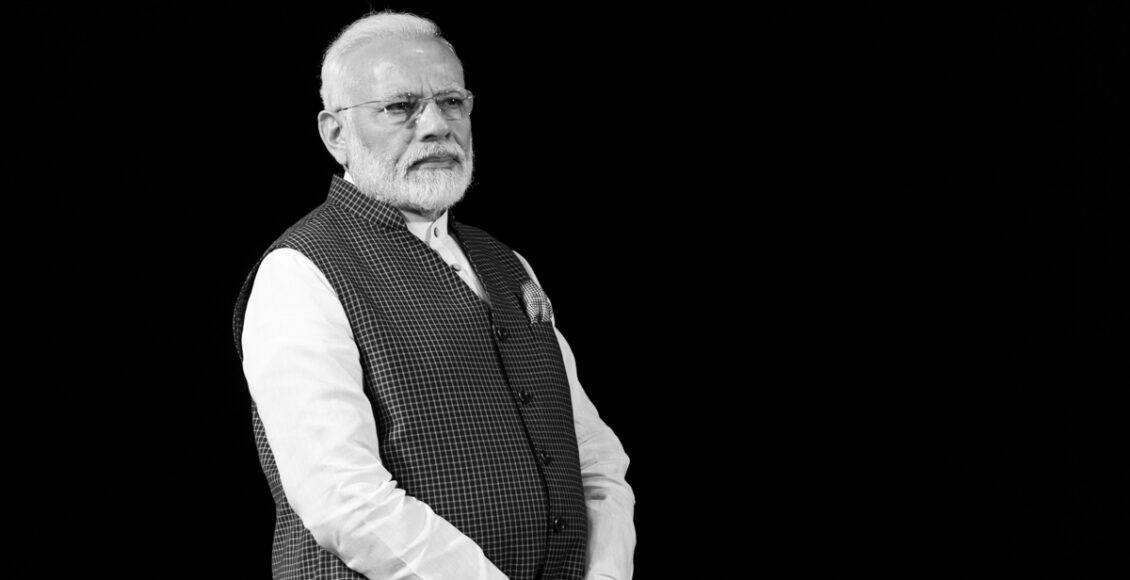 Massive lapses in India’s response to COVID-19 present a paradox in light of the increasing popularity of the Indian prime minister and leader of the ruling Bharatiya Janata Party (BJP), Narendra Modi. However, public opinion surveys excluded daily-wage labourers, health care workers, and religious minorities who were most negatively affected by what was the strictest lockdown in the world until June 8, 2020. Thus, it is unlikely that Modi and his administration will be held responsible for inflicting trauma on millions of people via economic austerity and social distress. This persistent apathy, coupled with contracting public information structures, is a worrying recipe for non-accountability in India.

The BJP Government’s COVID-19 relief efforts continue to be rife with discrepancies. As of June 9, 2020, government arranged repatriation flights brought over 66,831 stranded Indians home. In sharp contrast, an estimated 20-30 million migrant workers have been forced to travel on foot to their hometowns in dangerous bids to escape starvation due to the lack of work in cities and non-operational inter-state transport since March 25. Furthermore, Kashmir — which has been under military lockdown since August of last year, when India unilaterally revoked its special constitutional status — faces medical vulnerability due to restricted internet access. The political atmosphere is also tense due to the vilification of Muslims as carriers of the coronavirus as well as arrests of student activists that have all occurred during the state-mandated lockdown.

Moreover, the Modi administration has not been entirely transparent about its strategies for crisis management. The Prime Minister’s Citizen Assistance and Relief in Emergency Situations Fund, or the PM-CARES Fund, was established despite the pre-existing Prime Minister’s National Relief Fund (PM-NRF) for public donations to the government during disaster situations. Additionally, donations to PM-CARES will be counted as corporate social responsibility (CSR) expenditure, going against previous guidelines that forbid CSR funding of government schemes. Furthermore, the Prime Minister’s Office (PMO) has claimed that PM-CARES is not a public authority, and has been unclear regarding the amount of funding collected and where it is being used.

While PM-CARES was created without a reasonable basis, given the existing PM-NRF, the Central Information Commission (CIC) requested that the Modi government relax the 30-day deadline for answering citizen inquiries made through the Right to Information (RTI) portal. The CIC’s request is unsurprising as lockdowns and physical distancing measures have similarly slowed down access to information systems in Canada and the US. The problem with India (where the RTI culture is historically vibrant) comes from the Modi administration’s consistent attempts to dilute the independence of the CIC , pointing to a precarious situation wherein there is a dearth of reliable data during a pandemic.

Modi’s handling of the pandemic remains unchallenged because media narratives continue to be uncritical of him. Part of this is due to generally biased reporting on the ruling government, portraying Modi as a messiah, a self-described fakir (holy mendicant), with a “religious-nationalist” appeal that dismisses any criticism against him as blasphemous anti-nationalism. Additionally, Modi has instructed the media to publish “inspiring and positive stories” during the lockdown, and not to mention the curbs. However, even when the media narrativizes the crisis as hell for the most vulnerable during the lockdown, the focus is not on the man who aggravated a humanitarian disaster — thereby granting him impunity for his, and his administration’s decisions.

The problems with non-accountability are numerous, especially in the case of Narendra Modi, whose divine-like aura shields him from public scrutiny. COVID-19 has underscored great inequities in India, and the lack of accountability gives the government little incentive to address pressing concerns such as the provision of transport and rations for migrant workers, protective equipment for doctors, and due process for those charged under draconian laws such as the Unlawful Activities (Prevention) Act (UAPA). The failures are hence visible: surplus grain has gone to waste during a time of fatal food insecurity, the lives of health-care workers have been greatly imperiled due to non-virus reasons such as social ostracization, and appeals made by civil activists jailed under the UAPA have been categorically refused.

Instead, contestations demanding accountability for the government’s crisis response have been stifled. For example, doctors and healthcare workers criticizing the lack of Personal Protective Equipment (PPE) face disciplinary action, and some have been assaulted by the police, while Kashmiri doctors have been threatened for expressions of discontent over inadequate medical information and supplies. What’s more, an RTI request for details on PM-CARES was denied in a six-day reply from the PMO.

In relation to the migrant crisis, haphazard relief efforts highlight institutional blindness to the poor, who are overwhelmingly lower-caste and work in the informal sector. Haunting scenes of mass migration, starvation, and accidents evoke memories of the Partition of 1947, which displaced over 15 million people (as per government records). Furthermore, the lockdown was announced with a mere four-hour notice, making it difficult for people, particularly the poor, to mentally and logistically prepare themselves. Furthermore, various state governments have announced the suspension of labour protection laws, which would drive already precarious workers to work longer hours and at a lower pay, creating a situation that is dangerously close to modern slavery. This strategy of sudden and sweeping policy decisions has been a regular feature of the Modi regime, leading to accusations of being anti-poor and arguably casteist.

While it is true that the issue of migrant labourers has been addressed by the Finance Minister Nirmala Sitharaman, engagement on the part of the Modi government has yielded questionable impacts. Relief in the form of railway transportation has proven to be dangerous, unsanitary, and unaffordable for many, and thousands continue to grapple with food insecurity and financial uncertainty apart from imminent health concerns. Any consolation has come too late.

Adding to the misery faced by marginalized communities, BJP leaders play an active role in denigrating Muslim communities in the context of a public health crisis. Moreover, in what has been termed a “witch-hunt,” many activists and students who mobilized against the BJP’s governance pre-lockdown were arrested under the UAPA, under which making bail is virtually impossible. Not only is the BJP government shirking away from its responsibilities towards those in dire need of attention, it is also deeply involved in cracking down on political dissidents and Muslim communities. If anything, the priorities of Modi’s government in this time of crisis are on full display, and there are virtually no mechanisms for the public to scrutinize them meaningfully.

By way of conclusion

Periods of calamity like the COVID-19 pandemic necessitate the accountability of democratically elected leaders due to the high-stakes policy decisions associated with times of crisis. People need information, and it is often in the best interest of governments to provide clarity to ensure that potentially harmful panics for information do not take place. However, the provision of information to the public could also be politically damaging for Modi if it exposes the failures and inconsistencies of relief efforts.

It is important that Modi be held accountable for his administration’s failed COVID-19 response for multiple reasons. Firstly, it will undercut his image as a mobilizer and disembark him from the pedestal he has been put on. Secondly, the recognition of the despotic repression and propaganda, which characterizes Modi’s government, opens up space for contention, potentially helping to ensure that the human rights of political dissidents and marginalized communities are effectively protected. Thirdly, insofar as accountability to other countries is as important as domestic accountability, the BJP’s decline towards autocratization can also be disrupted by highlighting Modi’s culpability.

With problems galore and no opportunities to highlight them, the history of this crisis in India risks being written through a singular perspective. And even if lapses are documented in the resultant narrative, the blame may never fall upon the revered prime minister.

Sajneet is a U1 student studying History and Political Science. Born and raised in India, she is interested in histories and critical theories of South Asia focusing on gender and anti-colonial resistance. In her spare time, she can be found debating, making to-do lists or repairing her two bicycles.