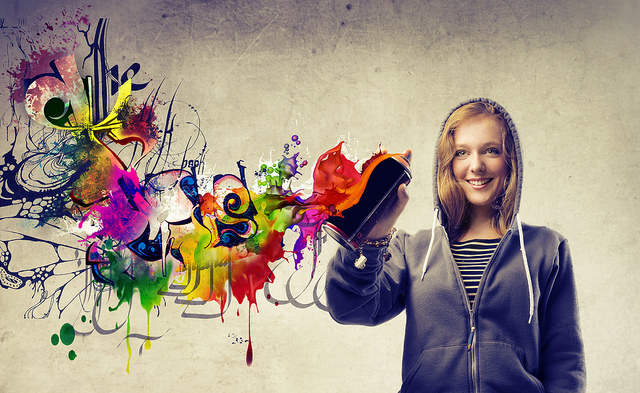 This article is the second of a multi-part series on contemporary artificial intelligence and its implications for humanity.

For Part I: “Unchaining the Mind through AI: What Artificial Intelligence Actually Means for Humanity”

Artificial Intelligence (AI) is primarily defined by its ability to mimic human cognition processes, most notably the ability to learn. However, learning is a complex concept that encompasses a wide range of processes, one of the most fundamental being that of creativity. At first thought, creativity is thought to be a naturally occurring process associated with intangible and non-analytical abstractions. Yet the fundamental elements of creativity are inherently logic based such as mathematics or science, and thus analytically driven. Creativity requires an understanding of the initial problem or task, the overall directive, the inputs (and thus the relationship between various inputs, and the overall directive), the method, and finally the limitations of a given scenario.

Creativity is both a cognitive (the analytical element that creates a tangible based) and emotional (the abstract element that creates a somewhat intangible base) process defined as the generation of new ideas based on both internal (personality) and external (environmental) factors. These novel, surprising, and valuable ideas manifest in a variety of forms, such as idea association, perception, analogical thinking, searching a structured problem-space, reminding, and reflective self-criticism. An idea can be considered novel to the mind of an individual, which is defined as Psychological Creativity (P-creativity), novel to the world, which is defined as Historical Creativity (H-Creativity), or novel to a specific situation or domain at hand, which is defined as Situational creativity (S-Creativity). Both H and S-Creativity are thus results of P-creativity. Beyond these three basic distinctions, creativity can be broken down further into three subcategories: combinational, exploratory, and transformative creativity.

Combinational creativity is defined as the “novel combination of familiar ideas” where an individual takes two distinct ideas, and identifies shared conceptual structures, known as an analogy. In terms of AI, the manifestation of combinational creativity relies on either the single or combinational use of two concepts: domain mapping and connectionist identification. The former is the use of a structured or predetermined knowledge base that allows a machine to take two fixed ideas and identify similarities, and thus a relationship between the two ideas. Connectionist identification is the use of a more fluid knowledge base that allows a machine to identify seminaries between two fixed items based on how they are perceived in that situation. The machine essentially bridges one idea to the other by using an initial stimulus that reminds the machine of an absent concept, but depending on the type of identification, the fluidity of the original ideas varies. One of the most notable examples of this type of creativity arises in the literary field, as both poets and authors use similes and metaphors to compare one object to another object based on a perceived similarity.

In terms of AI, combinational creativity is already utilised to an extent, as search engines, which use AI algorithms to produce results, based on a user’s initial input. A recent study from the University of Mississippi demonstrates the use of combinational creativity as a means for machines to make internal adjustments and alterations based on new inputs (experiences, data, interactions, etc.) or what the machine learns, as the latest focus in AI. The idea is that the machines will be able to identify unknown relationships between two previously known concepts based on newly discovered information or the revaluation of older information in a new light.

One of the most promising models that demonstrates the potential of this new focus is the Copycat Machine; a “connectionist machine that looks for analogies between alphabetical letter strings”,  The theory behind the Copycat machine dictates that viewing a new analogy is similar to perceiving a concept in a novel manner. Instead of relying on fixed and inflexible representations of known concepts that remain constant in every situation, Copycat uses fluid and situational perceptions to generate new analogies, essentially using the context of the situation and how the stored item of knowledge is presented instead of a stable representation of the item to generate new possibilities. For example, Copycat may identify two consecutive letters ‘ks’ to be a pair in the string of letters “kkpl”. But in the string of letters, “mlkkpo”, Copycat will see the first k as an endpoint to the first trio of letters and the second k as the beginning of the consequent letters. Copycat can even identify when a potential analogy seems inaccurate or intangible, thus redirecting its attention to a more promising analogy.

While Copycat does possess a fair amount of autonomy, the machine and its identification of what an appropriate analogy is still limited by humanly dictated parameters. Other combinational methods rely more heavily on domain mapping or the psychological idea of schemas, which is the idea that an image or word creates a map to another image or word. Unlike Copycat’s situational method, domain mapping is more generalised and rigid. Neither approach is necessarily better than the other, as there is evidence that both methods are essential to combinational creativity, but the context-sensitive method of the Copycat machine seems to reflect the fluidity of human thinking. Domain mapping, or schemas, however, are also an essential part to how humans connect concepts.

The harnessing of combinational creativity possesses the ability to improve a machine’s internal efficiency, while also beginning to address one of AI’s most daunting tasks of developing AI as a dynamic learning entity. As previously discussed, AI could have the ability to learn and advance without external programming or assistance, and the ability to recognise, not only generate, undiscovered relationships or phenomena. Thus, not only does combinational creativity hold the key to improving the overall efficiency and capabilities of AI machines themselves, but there are also many fields, such as government agencies responsible for collecting and analysing data, medical and scientific research laboratories performing experiments, and even educators analysing student results to identify strengths and weaknesses. AI machines would be able to use this creativity more efficiently, as they are capable of storing and actively retrieving larger amounts of data that the human memory simply cannot compete. Furthermore, AI machines will be more likely to catch hidden and maybe even obscure trends and relationships that could improve and even save lives.

Exploratory creativity is the creation of novel ideas through the exploration of a structured space. This type of creativity can be thought of in terms of scientists that use previously established knowledge sets or theories of a given field like chemistry, as a starting point. Their ideas thus have a base, but their pursuits aim to expand this pre-defined knowledge base while still remaining within the structured and predetermined confines of the field. It helps to think of this type of creativity in terms of tweaking or altering elements within a given space that ultimately furthers the field’s development and capabilities. In terms of AI, this is the most common type of creativity modelled, but conversely, it requires an extensive amount preliminary work. The programmer of the machine must have “considerable domain-expertise” in order to provide the machine with an adequate base to begin its exploration. A fascinating example of this technology is the Experiments in Musical Intelligence Program (EMI), which is a program that composes music in the styles of deceased composes, such as Mozart and Joplin. By thoroughly analysing the various characteristics of an artist’s compositions such as melodic, harmonic, metric, and ornamental motifs, the machine is able to generate novel musical phrases that are consistent with the style and composition of the selected composer. A similar machine exists in Amsterdam where the machine analyses the aspects of Rembrandt paintings and creates novel paintings that are consistent with his style, look, and finish.

In practical terms, this technology holds a variety of possibilities, especially in the medical field. By processing large amounts of data and utilising exploratory creativity, cures for terminal or chronic diseases, such as cancer or diabetes my be highly possible. While machines are by no means the answer to many difficult questions and enigmas facing humanity, they are an important and powerful tool that if used correctly could assist humanity in solving these difficult anomalies and more importantly, saving lives.

Lastly, transformative creativity is the idea of fundamentally altering a concept, an idea, or even an object. This type of creativity is the most broadly understood form of creativity, as it encompasses the idea of producing something entirely novel that does not resemble anything conceivable. The idea of a machine being able to fundamentally alter a concept or idea and produce an entirely distinct and previously unimaginable concept is unsettling and drives most fears.

However, autonomy is more complex than this simplistic representation. Moreover, there is also the fact that many AI professionals deliberately avoid this type of creativity, as researchers are more interested in exploring established spaces as opposed to fundamentally transforming these spaces. One reason is that many of these spaces have solid foundations with a lot of potential, and there is no need for transformation until these spaces have been fully developed. Another concern is that these machines, unlike humans, lack evaluative systems. Every day, individuals generate a variety of imaginative and creative ideas and scenarios, but humans are able to distinguish relevant and practical ideas from useless and potentially negative ideas, a fundamental AI limitation. Developing an evaluative system requires the mathematical expression of humanly defined values that a machine is capable of reading and understanding, but human values cannot be precisely defined in strictly mathematical terms, as they are highly abstract and dependent on a variety of external and internal factors, such as culture and personality. For instance, how can humans fully express to a machine why diversity is essential to global development? While economic or strategic reasons can be translated, a variety of non-conceptual reasons are not so easily translated, such as the personal growth individuals receive when interacting with individuals from different areas of the globe, or the emotional satisfaction individuals feel when learning about new cultures. Finally, there is the issue of an ever-changing value system that differs from country to country, and culture to culture. These shifts are often times defined in part by irrational developments that any logical AI machine would struggle to account for. The issue of an effective and realistic evaluative system is one of AI’s most prevalent challenges at the moment, but that is not to say that this technology is impossible. For the sake of global development, humans should hope for it development. Similar to that of exploratory creativity, transformative creativity has potential that can be harnessed in all fields.

The Next Step: Decision Making

Creativity is one of the fundamental elements of learning, as the next element, decision making, uses creativity to evaluate situations, solve problems, and even function on a daily basis. For humans, decision making dictates every action, ranging from deciding on what letter to type next on a keyboard to selecting a career to pursue. Thus, for AI to truly be deemed intelligent, AI engineers must have a comprehensive understanding of how decision making works as well as how to properly translate this process in AI machines, which will be the focus of the following article.