Morocco and Algeria: The Widening Gap Between Two Neighbours 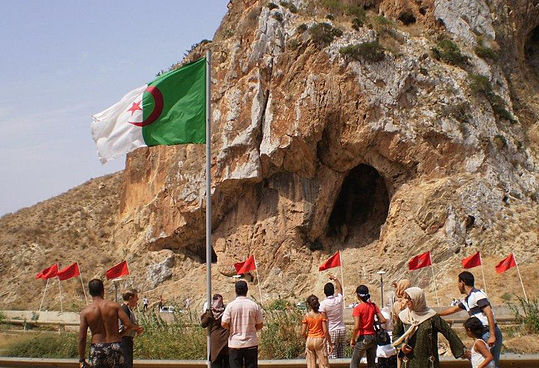 Algeria’s decision to cut diplomatic ties with Morocco in October 2021 has led to fears of a conflict between the two countries that would have dire consequences for the entire Maghreb region. Relations between Algeria and Morocco have grown increasingly hostile since late 2020. One of the main reasons for the hostility is their continued disagreement over the sovereignty of Western Sahara, an issue that has remained unresolved since 1975. This is particularly relevant because Western Sahara has witnessed instances of violence that could lead to further escalation. Notably, Algeria recently accused Morocco of killing three Algerian truck drivers in an unprovoked attack. However, the crisis involves several other issues that could also lead to an armed confrontation. Morocco accuses Algeria of denouncing it as the nation’s enemy in an attempt to bolster the regime’s domestic support. On the other hand, Algeria accuses Morocco of threatening its stability by allowing the normalization of relations with Israel.

Algeria and Morocco’s hostile relations are not a new phenomenon. Historically, their different political ideologies and shared desire for regional influence have led to tensions between the two countries. The two powers have been competing since the beginning of the Cold War. Morocco has typically positioned itself closer to the West; its more pro-Western stance is evident in its controversial signing of the Israel–Morocco normalization agreement. In contrast, Algeria has presented itself as a defender of the developing world, especially under Mohammed Boukharoba. In this period, the country engaged in intense diplomatic activity promoting “pro-Marxist leftist movements and self-proclaimed progressive groups that opposed pro-Western governments such as those of Morocco.”

As a country that fought a bloody war with France to achieve independence, Algeria was at odds with Morocco, a pro-Western country that gained independence through diplomatic negotiations. Under Hassan II, Morocco emphasized its strong links with the West, comparing the country to “a tree that has its roots in Africa and its branches in Europe.” These ideological differences remain relevant today. As such, Morocco’s new rapprochement with Israel and thus the West is important when explaining the escalating tensions.

Border demarcation issues are another important historical factor contributing to animosity between Morocco and Algeria. Poorly defined borders (a legacy of French colonialism) have brought Algeria and Morocco into conflict in the past. Notably, the 1963 Sand War broke out when Morocco claimed the Tindouf region as part of “Greater Morocco.”

The most contentious issue between Algeria and Morocco remains the conflict over the sovereignty of Western Sahara. This conflict, which began in 1975, also involves cross-regional and ideological pressures. The Madrid Accords, in which Spain ceded Western Sahara’s sovereignty to Morocco and Mauritania, excluded the Polisario Front, which claims to represent the people of Western Sahara (the Sahrawi people). In line with its identity as a defender of the Third World and supporter of the right to self-determination, Algeria hosted Polisario leaders and sent armed forces to fight near the oasis of Amgala in January 1976. A ceasefire was not reached until 1991.

The new causes of the current crisis

While the situation seemed to stagnate over the thirty years since the ceasefire, Morocco has not abandoned its Western Saharan ambitions. However, several recent events have escalated the international community’s concern about the risk of slip-ups with violent consequences. First, in 2017, the African Union decided to allow Morocco back into the fold after a 33-year absence. Morocco applied to rejoin the community in the hope that being a member would lead to diplomatic gains in its struggle against the Polisario Front – and thus allow its claim over Western Sahara to receive legitimacy and political support. This, of course, strained relations with Algeria.

Furthermore, in exchange for the promise of normalization of relations between Morocco and Israel, then-US President Donald Trump recognized Moroccan sovereignty over Western Sahara in December 2020. Morocco’s signing of the Abraham Accords and the United States’ decision to recognize Morocco’s sovereignty over Western Sahara (which has not been reversed by current President Joe Biden) are leading the region toward the re-activation of Cold War animosity. Algeria opposes the United States’ recognition of Morocco’s claim to Western Sahara, as it undermines the efforts that it has made to support the region’s self-determination. Algeria is also extremely wary of growing Moroccan-Israeli cooperation “isolating” them more than ever and undermining the Palestinian cause.

Amid already-tense political debates, there have been outbreaks of violence. In 2020 the Polisario’s leader claimed that Morocco officially broke their ceasefire after the Moroccan army retaliated against Polisario’s acts that they deemed a “provocation.” The Polisario Front has blocked the main road in the region linking Morocco and Mauritania since October 2020 to interfere with the movement of goods and people. In response, Morocco launched a military operation by moving its forces into a buffer zone. This has exacerbated tensions with Algeria, which is hosting the Polisario Front. The intensification of attacks from both the rebels and the Moroccan army in 2021 eventually led Algeria to break off diplomatic relations with Rabat in August 2021.

In the context of opposition between the Moroccan army and the Polisario rebels, there has been growing hostility towards Morocco in Algeria because of their strong support for the Polisario Front. Today’s situation is all the more delicate because Algiers has closed its airspace to Morocco and engaged in economic repression by diverting all of its gas supply to the Medgaz pipeline. Previously Algeria operated with the Maghreb-Europe Gas Pipeline (MEG) that runs overground through Morocco in order to transport natural gas to Spain.

The growing animosity between Algeria and Morocco begs the question: could both nations’ undiplomatic policies and their conflicting ideologies lead to war? At the moment, the risk of Algeria and Morocco voluntarily and bilaterally going to war is low. Morocco continues to reaffirm that it “does not want war” with Algeria. Moreover, the international community (which has an interest in the region’s continued stability) continues to support a diplomatic resolution to their differences. Despite this, there is a growing risk of a “slip-up” between the Polisario Front and the Moroccan military, which eventually could lead to a confrontation with Algerian forces. However, while war remains a possibility, the bombing of trucks in Western Sahara that Algeria attributed to Morocco (with three Algerians dead as a result) was not followed by a military escalation between the two countries. This suggests that despite growing animosity between Morocco and Algeria, the two countries remain unwilling to engage in war.

Featured image: “Frontière algéro-marocaine” by Amekinfo is licensed under CC BY 2.0.