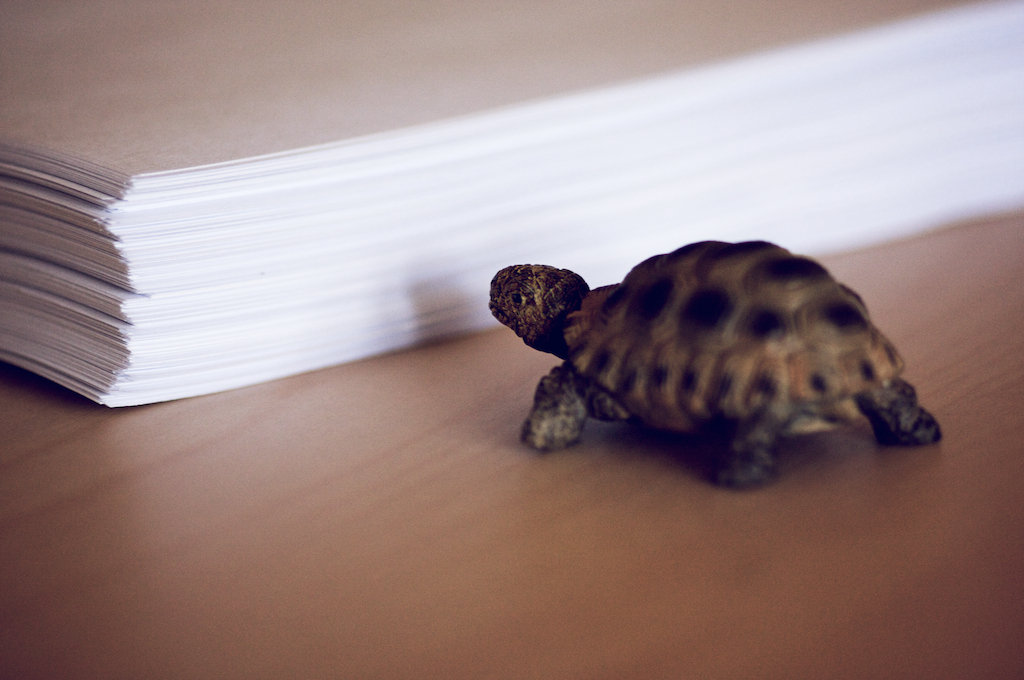 **Note: This blog post is meant to suggest improvements with the immigration system based on my personal experience, and it is by no means a true case for all visa applications.

No immigration system is perfect. For the most part, the Canadian one works well. The process to gain status in the country is not an easy one, but it ensures thorough paperwork and background checks. There are, however, cases when the system shows its flaws and room for improvement.

I am an international student in Canada. In fact, I have been one since high school, as I arrived in the country in Grade 11. After I graduated and got accepted at McGill, I had to renew my paperwork. While I had a valid student permit that would have allowed me to study until Grade 13, I had to renew my status because the permit needed to allow me to study at the post-secondary level. Usually, this process doesn’t take more than 30 days, as suggested on the Citizenship and Immigration Canada (CIC) website.

After I got my McGill acceptance in May, I immediately applied for a Certificat d’Acceptation du Quebec (CAQ), as this permit is needed to study in the province of Quebec. This document is also needed to apply for a federal study permit. The CAQ usually takes a longer processing time, as some parts of the application needs to be physically mailed in. Two months later, I got the document and applied for a study permit extension the next day. I submitted my application during the first week of July, so I expected my permit to arrive before I started my studies in the first week of September. However, it did not come by the add/drop deadline of McGill in the third week of September. This meant that I had to withdraw from the fall term and instead start in the winter, should my permit arrive by then.

The most frustrating part was all the waiting and the silence. The call centres were not much help, as they said my application remains “open” and “needs further review.” Even when I pleaded for more information because the add/drop deadline was coming fast, call centre agents could do nothing but view the status of my application, which I can do myself on the online application portal. It’s not their fault, as they are not the ones in charge of making decisions on applications, and they can only do so much. The only updates I received were emails from an automated system indicating that there have been no updates to my application (thank you, that was something I did not know at all). While the CIC processing times website did indicate that there was a large volume of applications being processed, they usually post the applications they are working on (“currently working on applications submitted on this date”). Of course, I started to panic when that date passed in the first week of July. I constantly asked myself if something was missing, if they lost my application, or if I had done something wrong. However, everything was correct on my application. No matter how many times I called or checked my online portal, there was nothing new and I was just told to wait.

After inevitably having to withdraw from the fall term, my family and I decided to try to find out what was going on. My family lives in London, Ontario, so they decided to ask their local Member of Parliament (MP), Peter Fragiskatos, to help shed some light on the situation. Meanwhile, here in Montreal, I was working closely with McGill’s International Students’ Office to ask an MP for help as well (the MP we were working with is Marc Garneau, and I find it cool that an astronaut was handling my situation). With their inquiries, we were able to find out that both the Quebec and federal government were waiting for medical examination results to be submitted to them. I found this to be quite unfair, because it was never indicated on my portal or my initial application checklist that this was required of me. It was only after both MP inquiries that some sort of medical exam requirement was sent to my online portal.

Six months of waiting and appointments later, my application was approved and my visa was sent to me. Thankfully, the situation was resolved before the winter term. If it wasn’t, I would have to reapply for another CAQ and start an even longer process. I followed all the processes correctly and did everything right, yet it was because of something beyond my control and knowledge that I had to delay my studies. No matter if that delay was because of the confusing nature of my application (an international high school student in Ontario transferring to a university in Quebec), or a mistake was made in a government office, a huge part of the stress could have been eliminated through more transparency. The call centres could have been more helpful by being able to connect me with someone in a higher position with the ability to make changes to my application, the application portal could update the status of an application more frequently, and the government could be more informative with the current state of one’s application. It took two MPs to get them to tell me anything, and that seems unfair to me. It got me wondering what would’ve happened if we had not asked our MPs for help.

Fast-forward to January 2017, I am here writing this blog while trying to find time to do all of my readings as well. If it weren’t for the help of the MPs and McGill, maybe it would’ve taken even longer. If you find yourself in a similar situation, go to your MPs for help; that’s what they’re there for. Until some kind of change is made to the current system, it’s the best bet, in my experience, to shed some light on your situation. Hopefully, my experience was a unique one, as it would be terrible if a lot of people were required to wait six times more than the average processing time to get their paperwork. While my most recent visa renewal process was not a positive one, I am hopeful that the system will continue to improve.