Nagorno-Karabakh: Moscow’s Exploitation of a Conflict in the Caucasus 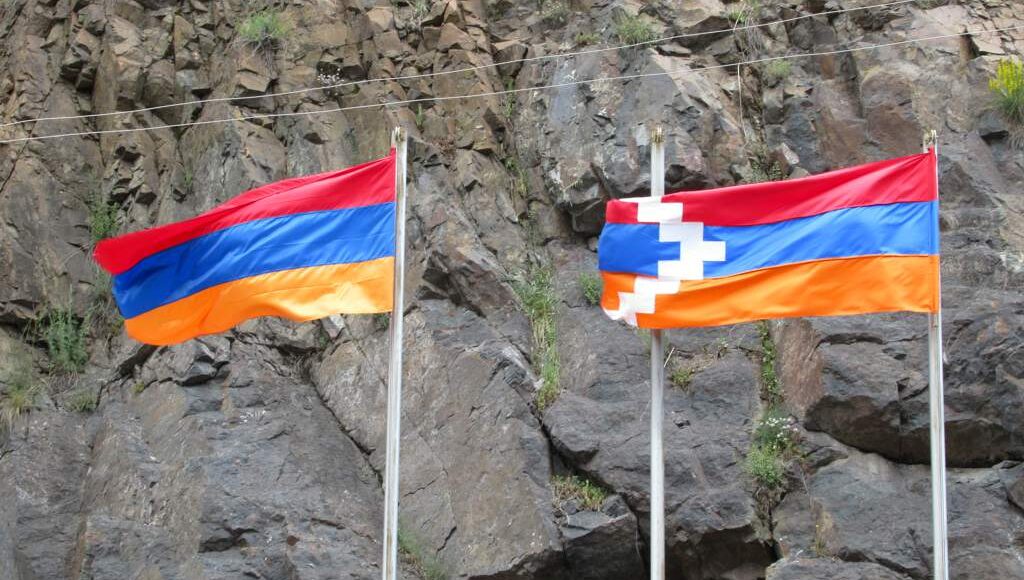 On September 27, 2020, violence erupted in Nagorno-Karabakh. Nearly a month later, on November 9, 2020, Russian President Vladimir Putin, Azerbaijani President Ilham Aliyev, and Armenian Prime Minister Nikol Pashinyan signed a peace deal. In the six weeks that separated the outbreak of violence — which both sides allege the other caused––and the signing of the peace deal, over 2,700 Azerbaijani soldiers and more than 2,300 Armenians died. In late December, Azerbaijan reported that Armenian attacks left one Azerbaijani soldier dead and all six of the Armenians involved. Amid these developments, it is worth revisiting the significance of the November peace agreement, particularly its key mediator — Russia. Moscow seized the opportunity to exert influence on the former Soviet states by acting as a third party courting influence in both Armenia and Azerbaijan. Putin’s courting of bitter combatants opens the region to future Russian exploitation and allows Moscow to recover its slowly disappearing political influence in the former Soviet sphere.

Nagorno-Karabakh is a landlocked enclave of ethnic Armenians in Azerbaijan and is internationally recognized as Azeri territory. The most recent phase of the territorial conflict began in the late 1980s. However, only after the USSR’s dissolution in 1989 that long-fomenting tensions between Armenia and Azerbaijan (both former Soviet Socialist Republics) violently erupted. Like the 1980s-90s, former Soviet policy has had a large effect on the present-day conflict; Nagorno-Karabakh was designated as part of Azerbaijan by the USSR Armenian majority. In 1988, Azerbaijan violently retaliated to the brewing separatist sentiment in Nagorno-Karabakh after the region’s legislature voted to become part of Armenia. A full-scale war broke out the following year; It cost upwards of 30,000 lives and displaced close to a million people, primarily Azerbaijanis. Ethnic cleansing marred the conflict, which ended in a ceasefire under the Russia-brokered Bishkek Protocol in 1994. Since then, Armenian separatists have governed the territory as the Republic of Artsakh, causing tensions to persist and occasional fighting over the years.

Significance of the peace agreement

For the Artsakh government of Nagorno-Karabakh, the November 2020 peace agreement was inevitable as they steadily lost territory to Azerbaijani forces, notably the important cultural centre of the city of Shusha — the second largest settlement in Nagorno-Karabakh —  in early November. The peace agreement demands the Artsakh Republic hand its peripheral areas to Azerbaijan, a provision that came much to the jubilation of Azerbaijanis, especially those 60,000 who were forced to flee Nagorno-Karabakh after the Armenian declaration of semi-autonomy in 1994. This semi-autonomy highlights that Artsakh, or Nagorno-Karabakh, has been functionally independent since the late 90s while technically remaining an Azeri territory. The agreement has been generally considered more beneficial to Azerbaijan since it compels Armenia to withdraw forces from the area and open a transport corridor through the country to the Azerbaijani region of Nakhichevan.

Therefore, it comes as no surprise that journalists based in Azerbaijan claim that “the deal should be read as a victory for Azerbaijan and a defeat for Armenia.” Shortly after the deal’s announcement, protests erupted in the Armenian capital, Yerevan. Protestors accused the government and prime minister of betrayal and insisted that they “will not give [Artsakh] up.” Religious leaders also joined the fray, and several priests of the Armenian Apostolic church denounced Pashinyan for surrendering important holy sites to Azerbaijan.

While the clashes in late December undermine the deal’s effectiveness, the episode positioned Vladimir Putin as a strong mediator, in stark contrast to his general reputation as an aggressor. Russia’s current peacekeeping role will allow Putin to use the region’s dependency on Moscow for his own diplomatic purposes. This emergent dependency creates an opportunity for Russia to maintain influence and cultivate a positive reputation through Nagorno-Karabakh. Notably, the peace agreement stipulates that Russian peacekeepers in Nagorno-Karabakh will be present for five years. Still, it is difficult to know if the situation will have been truly resolved by then or if the future withdrawal of peacekeeping forces will reignite violence.

Unfortunately for the Russians, Turkey has also been an avid contender for influence in Armenian-Azerbaijani affairs. Turkey is a staunch ally of Azerbaijan; the former Azerbaijani president, Heydar Aliyev, went so far as to declare that Turkey and Azerbaijan were “one nation, two states”. Many regard Turkey’s involvement as a projection of their resource interests in the region more than their supposed solidarity with Azerbaijan, given the Nagorno-Karabakh region’s proximity to the South Caucasus’, which supplies 23 per cent of Turkish demand for natural gas. Turkish President Recep Tayyip Erdoğan, primarily through military power, has been considered “crucial” in Azerbaijan’s November victory. His support solidified the alliance and Turkey’s presence as a counterweight to Russia in the Caucasus.

In early December, Turkey and Russia announced its establishment of a joint peacekeeping centre to monitor the Karabakh truce. Moscow insisted that “Turkey will have no troops on the ground under the terms of the truce deal.” If anything, this agreement highlights the importance of Russian legacy in the region versus Turkish ambition, as both nations vie for dominance in the middle east after the United States’ retreat. The peace agreement has made both Azerbaijan and Armenia increasingly dependent on Russia for the security of their respective citizens, which furthers Russia’s power in the area. In that sense, Russia is the real winner in the peace agreement, especially given the near-ubiquitous tensions that afflict Nagorno-Karabakh residents. Why are those tensions still present, and why have they led to violence even after a peace agreement? Perhaps because the agreement fails to address the root causes of the antagonism that plagues the region.

With its position as a mediator, Russia has propped itself as the foremost regional power in the former Soviet sphere, keeping Turkey at bay. However, much to Russia’s chagrin, Turkish relations with Azerbaijan permitted the latter to insist on the presence of Turkish peacekeepers alongside the Russians. The presence of both nations as peacekeepers in Nagorno-Karabakh risks larger regional tensions undermining the peace efforts in the region. Furthermore, both Russia and Turkey’s overt power grabs over the course of both the 2020 Nagorno-Karabakh war and the peace agreement present the potential threat of the Caucasus becoming a convenient arena for power struggles and proxy war. The only real risk to Russia’s position in the region comes from the peace agreement’s precariousness and whether Putin can maintain his position as chief mediator.

Powerful foreign powers have long exploited the tensions in smaller and more dependent nations, and the conflict in Nagorno-Karabakh is no different. Turkey has used the conflict to bolster its position as an ally to Azerbaijan and a formidable power in the Caucasus, but Russia has truly capitalized on the violence. Russia has used the bloody conflict to garner influence in Armenia and Azerbaijan and has exploited the threat of further violence and bloodshed to create a dependency that will likely exist in Nagorno-Karabakh for a long time.

Featured Image: The flags of Armenia (left) and Nagorno Karabakh (right) fly together at the highway border crossing between the two countries. “Border Flags” by David Stanley is licensed under CC BY 2.0.