National Collegiate Association of Athletes: Finding the Balance Between Athletics and Academics 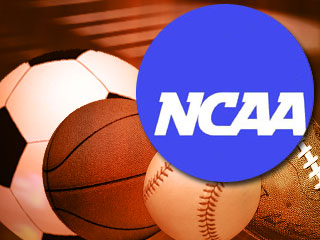 The National Collegiate Association of Athletes (NCAA) is an organization founded in the United States that manages and operates the sports played at the college level. The two main and most popular sports are basketball and football. Over the years, thanks to successful marketing strategies, the spotlight on these non-professional athletes increased, resulting in growth in revenue and team numbers. Simultaneously, the players realized their value to their respective universities and began to demand more rights and payments to be a part of the college teams in return for the profit they earned for their schools.

With regards to how the committee has been operating, Stephanie Wai, a Committee Director from McGill University, says, “I’m loving my experience so far. As an athlete myself, I think it’s so interested to be apart of something so motivating as this committee.” She continues to explain that this association is not only invested in the player’s performance in sports, but also their implementation in school as well. “They train you to do well in sports, but they also want you to maintain a good average, so they prep and help you to do well in your studies,” she adds.

The main goal of NCAA was to negotiate and debate methods which could be used by the organization to resolve the developing issues between college athletes and their institutions. Delegates suggested potential solutions to the problems surrounding the current compensation system, the delicate equilibrium between athletics and academics for the athletes, and finally, the long lasting dispute about the need for variety among coaches in these high level sports teams.

The committee was composed of over 35 delegates, representing universities and associations from all over the United States. Representatives introduced ideas through drawn up resolutions during their second and third committee sessions.

Understanding that the biggest incentive to diversity hiring is the increased talent pool and the opportunity for skilled individuals to showcase their skills, and acknowledging that studies have shown that female coaches are beneficial to the comfort of female players were key points in the resolution. Lastly, addressing the need for programs to train and promote awareness of minority staffing candidates was brought to light.

The second mandate was put forth by the University of California, LA, Delaware, Alabama, California State, Wright State and Alabama University. The aforementioned institutions presented the committee with the Improvements on Academic Review in the NCAA. This proposal touched upon the idea of accepting the diversity in academic, financial and athletic abilities across every institution under the NCAA, and more importantly remembering the organization’s value of the pursuit of excellence in both sports and school.

Moreover, the action plan emphasized the significance of the discrepancies between academic and athletic programs. In order to work on this deviation between these two programs, the institutions put forward a system that would deal exclusively with grade point average: the Academic Progress Rate (APR). It is an integrated approach to progress assessment.

Rebecca, a delegate from the University of Prince-Edward Island, was having a great time thus far. “I like that it isn’t just big name schools here at the conference. I like having different voices in the committee, coming from all over.”