“Near Certainty”: Biden’s New Drone Policy and US Engagement in Somalia 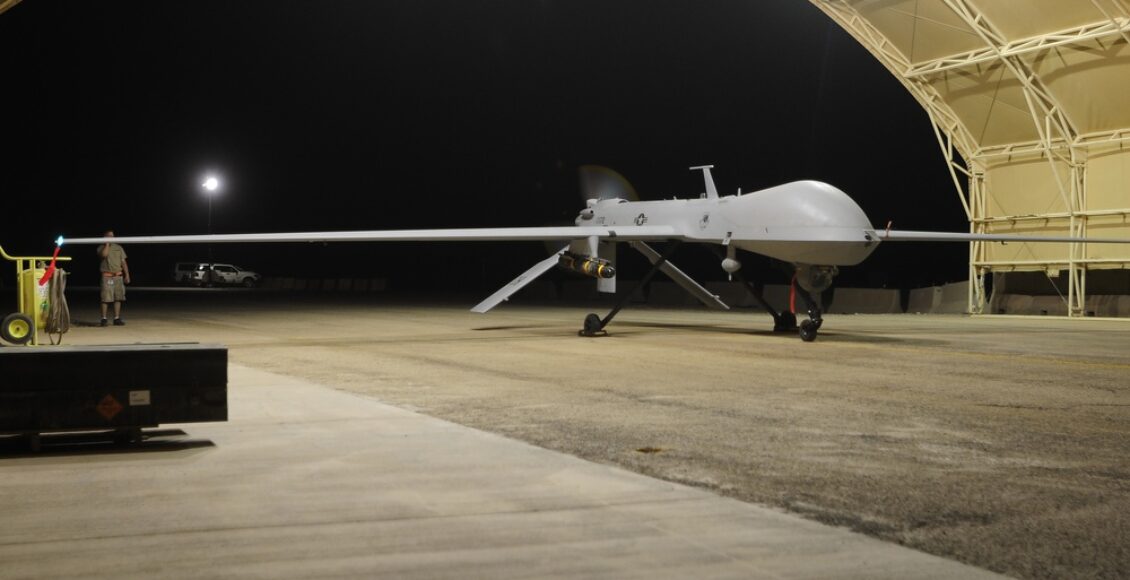 US-authorized drone strikes have a history of fatal imprecision, demonstrated by a wealth of well-documented civilian casualties. In April 2022, the New York Times published The Civilian Casualty Files, a comprehensive review of documents revealing a pattern of “flawed intelligence, faulty targeting, years of civilian deaths — and scant accountability.” The Trump and Obama administrations embraced the technological advancements of drone warfare, seeing it as a way to maintain military counterterrorism operations in places like Afghanistan while reducing the number of boots on the ground. In their first years in office, Obama and Trump authorized 186 and 238 strikes, respectively. Under current President Joe Biden, the use of targeted drone strikes as a core tool of US counterterrorism operations has relatively decreased. Only 67 strikes were authorized outside of areas of active hostilities in Biden’s first year.

This change in policy is not a passive effect of evolving US engagements in world conflicts, such as the country’s withdrawal from Afghanistan. Instead, Biden has been taking action to address the flaws in current drone strike policy. Biden’s new policy has been in development since his inauguration, when he quietly imposed a set of temporary limits on the military and CIA, requiring them to obtain White House approval before launching strikes outside of conventional battlefields – with the exception of cases of self-defence. On October 7, Biden institutionalized his approach in a new classified policy regulating the use of drone strikes in US counterterrorism operations. In the context of a simultaneous re-engagement between the US military and the government of Somalia in the fight against al-Shabaab, a non-state armed group primarily operating in East Africa, the strength and longevity of these newly imposed limits remain uncertain.

Laws and their Limits

In the first twenty months of his presidency, the Biden administration began a comprehensive review of US counterterrorism policy, specifically focusing on reducing civilian casualties. The full details of this review and the new policy signed this month remain classified. The new limits require presidential approval, allegedly favour the capturing of suspected targets to killing them, and require a standard of “near certainty” for target identification and drone strike authorization.

Biden’s standard of “near certainty” reflects the language used by the Obama administration from 2011 to 2013 when implementing regulations on drone warfare that were part of the former president’s own efforts to mitigate civilian casualties. However, in 2017 Trump reverted official US policy to Bush-era regulations that relied on a lower standard of “reasonable certainty.” While the difference between “near” and “reasonable” may seem a small matter of semantics, “near certainty” is notably a higher threshold than the international laws of armed conflict (LOAC) require.

In light of this, some critics have said that Biden is overstepping his role by requiring military commanders to adhere to higher standards than those in extant LOAC. Yet, LOAC has a history of vulnerability to political and rhetorical manipulation and is often considered ill-equipped to address the challenges of modern conflicts that do not fit within conventional frameworks of warfare. Legal scholars Michael J. Adams and Ryan Goodman note that the meaning of “reasonable certainty,” while “informed by international law,” is ultimately informed by the conditions of each specific armed conflict. In cases like Somalia, where armed conflict is taking place outside of “declared theaters” of military operations, existing international law becomes difficult to enforce.

Facts on the Ground

Responding to a request from US Defense Secretary Lloyd Austin, Biden announced that the US would redeploy approximately 500 ground troops to Somalia in May 2022 to reinforce the Somali government in its efforts to counter al-Shabaab. Coverage of the announcement framed Biden’s policy as a reversal of Trump’s decision to withdraw most troops from Somalia. However, though the number of US troops on the ground in the country has fluctuated under different administrations, drone strikes have remained an unbreaking part of the US involvement in Somalia since 2007.

In February 2022, US Africa Command (AFRICOM) launched a strike that killed three members of al-Shabaab, reporting no civilian deaths. In March 2022, the Somali government announced that a strike launched in conjunction with US forces had killed over 200 al-Shabaab militants. Again in June of 2022, a US strike reportedly killed two more al-Shabaab fighters, with AFRICOM again reporting that its initial assessments showed no evidence of civilian casualties. AFRICOM launched all three attacks without White House approval on the grounds of collective self-defence in response to al-Shabaab attacks on US-allied Somali forces. Though, it is important to note that the branch has a history of covert operations and shallow information-gathering capacities that have limited both its accuracy and transparency.  Most recently, on Saturday, October 1, 2022, a US airstrike killed a militant leader of al-Shabaab. Though AFRICOM itself did not name the individual killed in its strike, most sources have concluded the target was Abdullahi Nadir, one of the group’s co-founders.

Unlike previous operations, AFRICOM did not launch the October strike in self-defence. Instead, it was a targeted killing of a specific individual, resembling other US operations, such as the recent strike that killed al-Qaeda leader Ayman al-Zawahiri in Kabul this past summer. Under Biden’s new policy, offensive strikes of this manner that occur outside of “areas of active hostilities” require White House Approval and must adhere to the most current policy standards. As of now, the only officially-designated areas of active hostilities are Iraq and Syria. Trump previously declared Somalia as an active war zone, so the distinction can be ambiguous. In light of recent attacks, including a car bombing that killed over 100 people in Mogadishu on October 30, the current Somali President Hassan Sheikh Mohamud has asked Biden to do the same. If Biden fulfills that request, AFRICOM would have far more agency to determine targets and launch strikes at their discretion.

Biden’s new drone strike policy may lead to a reduction in civilian casualties and we may see a decrease in US drone strikes overall. However, with Somalia as the current epicenter of US counterterrorism efforts, there are a number of reasons to remain skeptical of how Biden’s new policy will play out. Already, the alleged loophole of “collective self defense” leaves much up to the discretion of AFRICOM, including whether or not the branch seeks presidential approval to launch strikes or even if it will abide by the new guidelines in the process of identifying targets. On top of that, much debate remains over the legality of drone strikes outside of areas of active hostilities in the first place. As Mary Ellen O’Connell, professor of law at Notre Dame University, states, “saying the US will be more precise in its attacks does not make the attacks lawful.” Furthermore, US involvement in Somalia has not had much apparent success in reducing the potency of al-Shabaab. In fact, al-Shabaab’s most recent attack was the deadliest in five years, and reflected high levels of organization that challenge the assumption that past drone strikes were effectively fragmenting the group. If Biden truly wants to depart from the policies of his predecessors and minimize US engagement in the “forever wars” of the post-9/11 era, he must go further than imposing new guidelines on tactics like drone strikes and critically assess both their legality and utility in the first place.