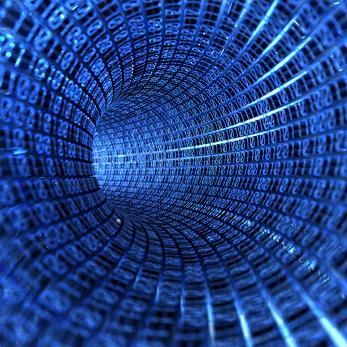 Life on the internet has become the new norm. We shop, socialise, and learn (to name a few things) online. The internet has become a vital commodity, if one would consider it that, to modern day life. People’s need for the internet naturally sparks a reaction to protect their access from those aiming to restrict it. In the United States, the new chief of the Federal Communications Commission (FCC), Ajiit Pai, has pledged to modify the rules that regulate Internet services. The aim was to cut back on regulations on net neutrality. While it is easy to dismiss the issue of net neutrality as a “first-world problem” that the US is dealing with, with our rapidly globalizing world, the issue could also apply to many countries aiming towards growth and progress.

Before one can look at the issue surrounding internet service, one has to understand what net neutrality is. Net neutrality is the notion that internet service providers impart access to all applications, websites, and online services without bias. Since there are usually only a handful of large companies providing internet services, it is easier for them to control the content that their customers get. If a company like AT&T, for example, was to partner with Netflix and paid a premium, then the company would increase their download speed. This gives other streaming companies, like Hulu for example, a huge disadvantage, as customers would be more inclined to go for the service that did not lag every three minutes. The debate on net neutrality, therefore, discusses whether or not companies have a right to control the content we see.
Those for a free and open internet will oppose the idea that service providers can control content based on profits. The bias towards certain areas on the web disenfranchises users from using other websites; it takes too long to load and the service may not work to the best of its abilities. As a user, it is inconvenient and annoying to have to continuously search for areas online that one can use efficiently. With a free and open internet, users have the freedom to do as they please in their own individual worlds. Regulations from the government protect the freedom to get information from the internet. When big companies are allowed to limit content, it opens the door to the possibility of content censoring. In this case, information can be controlled by the handful of companies that provide internet services based on profits and business deals. Individuals were so against this notion that they have protested either online or in person. HBO comedian John Oliver has even called for action online to protest against the loosening of rules towards net neutrality. In protecting their freedom, users of the internet want government regulations to protect net neutrality to come to fruition.

As a small business, it can be difficult to thrive without net neutrality. Marketing themselves online may be challenging if their websites are drowned out by anti-net neutrality policies, and they might have to find platforms to advertise where internet users prefer to be. This might entail paying premiums at the expense of profits. It is difficult for small businesses to become successful when they can easily be overshadowed by big business competition online. However, online giants are also joining the fight to protect net neutrality. Businesses like Amazon, Etsy, Reddit, and Kickstarter are to join an online demonstration against anti-net neutrality rules in the United States. On the twelfth of July, the grand protest will allow individuals and companies to take action against the FCC’s plans. It is in the interest of big companies to advocate for net neutrality because they need consumers to be able to access their products and services without difficulty. If internet service providers are allowed to slow down or speed up certain areas of the web, customers would not be motivated to continue using the service of a slow website.

Individuals and companies alike are going to fight for their free and open internet. While they are adamant about their freedom, the situation leaves one to wonder whether or not this is a concern of utmost importance. Surely, there should be more focus on issues like President Trump’s budget cuts in the Department of Education or foreign aid rather than debating the freedom one has on the internet; is this a “first-world problem” that does not deserve as much attention? One should look at the internet no longer as a luxury, but as a utility. It is not just used for social media amusement or entertainment. More than ever before, we rely on the internet for education, business, and commerce—to name a few. Information and data should be able to flow freely, identical to electricity running through the house. This is how people connect with each other and the world, how they educate themselves, and how people decide to live their lives. Many opportunities arise from the fact that we are able to turn on a device and click on a web browser. Jobs that did not exist prior the internet are now desirable and sought-after employment opportunities. Products and services have become available to almost anyone since online shopping has become widespread.

While it can be argued that one does not need the internet to live, it remains true that to thrive in our modern society, online connection has become a necessity. The issue of net neutrality is not exclusive to the United States. Any country with only a handful of internet providers is at risk of losing a free and open internet. For example, while Canadian politics support net neutrality, there isn’t much competition for the internet within each province. If there is only a handful of companies controlling the internet market, it is easy for them to dictate not only pricing, but also speeds and content. The government would need to regulate them as they would regulate private companies that provide utilities to households. Without support, net neutrality could easily be a thing of the past.

If one were to look at the internet as a utility, the issue of net neutrality suddenly becomes more important than one would expect. In our everyday lives, online connection has become a staple, and control of content by big internet service providers is something that would hinder not only the individuals who use the services, but also businesses who rely on online connection to thrive. Whether by joining protests or answering John Oliver’s call to crash the FCC website feedback section, people who fight for net neutrality have an important reason to do so.