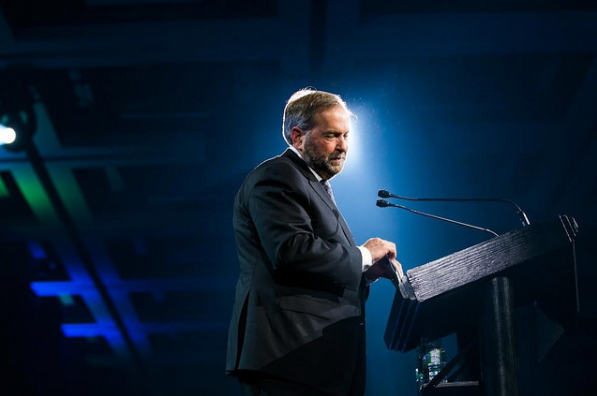 If anything, the events of the past month have demonstrated that we have entered a critical time for political parties to revamp not only their policies and values but their leadership and membership as well. This is one of the definitive conclusions both the Republican and Democratic Parties of the United States should reach following the clear weaknesses they showed during the Presidential election – and Canadian political parties should also take note.

To a lesser, but still significant extent, both the New Democratic Party (NDP) and Conservative Party showed similar weaknesses during the 2015 federal election. Both parties fell out of their leadership and opposition positions as a majority-Liberal government took over. With their leaders either having stepped down or now acting as an interim leader, both parties are to elect new leadership in 2017.

While the Conservative Party faces the challenge of rebooting not only its leaderships its policies and values following nearly 10 years under Stephen Harper, the NDP faces revamping itself following a crushing defeat in the federal election which many argued at one point was “theirs to lose”. At the start of the election, Tom Mulcair seemed poised to lead the NDP to its first-ever win, yet this lead quickly lapsed into a close three-way tie between the NDP, Liberals, and Conservatives. NDP momentum slowed as the party failed to unite a divided left for its support and was “slowly outmaneuvered on [their] left by a party that is traditionally more centrist” under a leader who showed a starker, and therefore an arguably more appealing, contrast to incumbent Harper.

Following the election, the NDP’s number of seats in Parliament fell from 95, of which it was the official Opposition, to 44 seats. Additionally, support for the party has been wilting as donations have been steadily decreasing and support has fallen to between nine and 12 percent as of September. This occurred amidst growing disillusionment with Mulcair, as the NDP leader gave no indication of intending to resign or implement any large-scale changes to the party, instead discussing the “importance of his party, the country, and the need for New Democrats to work hard for Canadians in the new majority Liberal Parliament” during his concession speech.

However, it was clear that the party membership did not feel the same way. At the NDP convention in Edmonton in April, NDP members rejected Mulcair’s leadership 52 percent to 48 in favour of a “leadership review”. This surprising loss and its magnitude, as he required a 2/3 majority to retain firm control of the party indicated a clear loss of faith in the party’s current standing and a desire for change.

With a new leader slated to be chosen in October 2017, any hopefuls, and the party as a whole, will face the necessity of rebuilding the NDP to a party worthy of once again being the official opposition, in order to have a real chance to lead the country. The current race will also be markedly different from the one in which Tom Mulcair was chosen to succeed Jack Leyton in 2012: instead of a traditional leadership convention, the NDP executive is favouring a series of small-scale series of voting rounds with “a preferential, ranked ballot taking place about once a week until a candidate reaches the threshold of 50 percent of the vote plus one required to be declared the winner”. While these rules have not been formally adopted yet, they are a clear attempt to engage more party members across the country in an effort to rebuild the party from the bottom-up. To enter the leadership race, all hopefuls must not only pay a $30,000 entrance fee, but they must also gather at least 500 signatures from party members across the country, half of which must be from female-identifying members, and at least 100 of which must be from “’other equity-seeking groups,’ including Aboriginal Peoples, visible minorities, people with disabilities and members of the LGBTQ community”.

While the deadline for these requirements is July 3rd 2017, as of yet no one has officially entered the race. This past summer, NDP member of Ontario legislature Cheri DiNovo announced her intention to seek the leadership, albeit unofficially as she stirred up controversy by declaring she would not pay the $30,000 fee to officially enter the race. However, her unofficial bid for leadership ended early when on August 2nd 2016 she announced she would no longer be considering a bid due to health reasons. Apart from DiNovo, only one other MP  has announced an intention to run: Peter Julian, MP of the Burnaby–New Westminster riding in British Columbia since 2004. While Julian has not officially entered the leadership race, he stepped down from his position as NDP House leader in October in order to “[talk] with Canadians and [get] inspiration from them and from New Democrats about the next steps to take for our country” .

The biggest challenge the NDP faces in terms of its leadership race, for which the same can be said of the Conservative race to a lesser extent, is not internal to the party but external: the general Canadian public does not seem too interested. This is perhaps because the current Trudeau government is continuing to enjoy strong support in the polls over a year into his term and which is expected to continue throughout the next federal election in 2019. The belief that Trudeau and the Liberal’s current popularity will continue for the next few years may also explain why some of the bigger-name NDP politicians, such as Nathan Cullen, Megan Leslie, Rachel Notley, Avi Lewis, and Alexandre Boulerice – who have all declared they won’t be running for party leadership – are refraining from running, as they believe the real opportunity to unseat the Liberals will be in 2023.

It is important to see a change in the minimal coverage and popular interest in both the NDP and Conservative races. When the Liberals won a strong majority government in 2015, they effectively diminished the strong political opposition of the NDP and Conservative parties as both are facing a turnover in leadership and party ideals. Both parties will need to re-evaluate their key policy stances and their membership in order to gain what they have lost. Within the next year, the future of Canadian politics will be reshaped and we should not only pay attention but be active participants as this future will be up to us.