A New Direction for South Korea 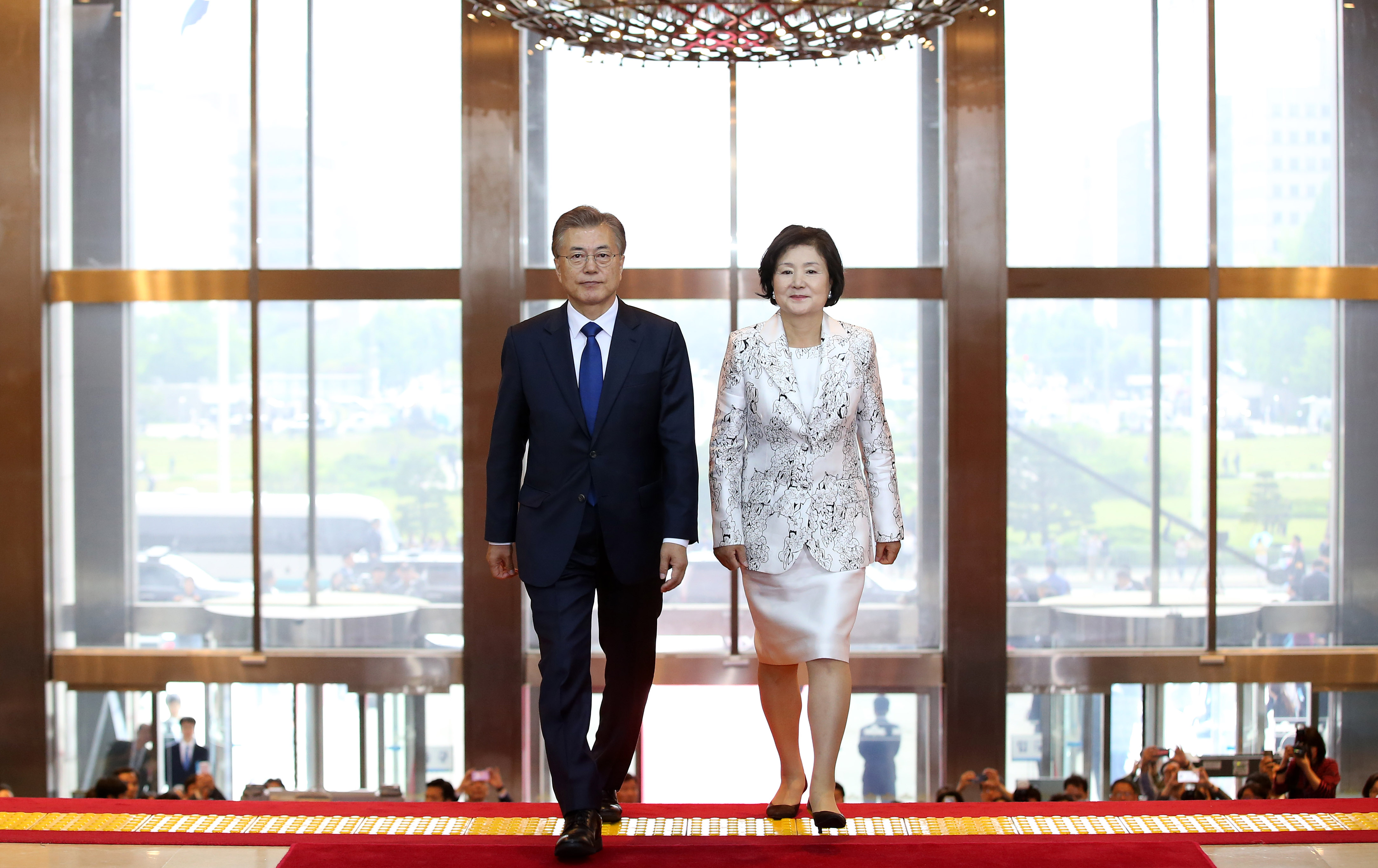 Moon Jae-in (left), the 19th President of the Republic of Korea https://flic.kr/p/UEVxmx
Share

In April, South Korea’s former President Park Geun-Hye was impeached and charged with bribery, coercion, abuse of power, and leaking state secrets. Her trial began on May 23rd with her denial of any wrongdoing, despite overwhelming evidence against her. Included in the scandal were some of Ms. Park’s top aides, leaving South Korea in need of new leadership. The anger over her scandals was at least in part a reaction to general corruption seen in the South Korean government. Ms. Park’s shady business ties are not unique amongst Seoul’s political elite. This latest scandal has resulted in a snap election that gives South Koreans the chance to push for change in their government.

Ms. Park’s conservative government’s economic policy tried to recapture post-war economic growth but as her presidency comes to an end, South Korea faces high youth unemployment, slow wage growth, and large amounts of household debt. The concentration of wealth in a few large companies has failed to stimulate the economy as a whole, leaving South Korea with increasing income inequality under the past ten years of conservative rule. Young people in particular are worried about their economic future, with millions protesting corruption in November when Ms. Park’s scandal first began to unfold.

In her place, South Korea has elected Moon Jae-in, a liberal opposition leader, to a 5-year term. This is Mr. Moon’s second time running against Ms. Park, losing narrowly to her in the 2012 election. Mr. Moon’s presidency begins with both economic and political uncertainty but promises a stark contrast to the politics of his predecessor. South Korea has been without a President for five months whilst Ms. Park was under investigation and after firing her Prime Minister in November, who would normally take a custody role. Mr. Moon has campaigned on promises to fix economic problems and corruption that anger many South Koreans, fuelled by Ms. Park’s ongoing scandal. Mr. Moon’s leftist politics also run counter to typical conservative policies in almost every way, including his favouring friendly relations with North Korea.

While his message offers hope, many doubt Mr. Moon’s ability to follow through on his promises. He proposes a costly financial plan to stimulate the economy but fails to suggest a source of funding. The plan includes subsidies and more government jobs as first steps. However, young people and economists alike point out the necessity of private sector jobs for economic growth. Additionally, Mr. Moon’s economic plan may not be as drastic as many may have hoped. So far, he has appointed several conservative economic advisors and promised no drastic tax raises in order to protect South Korea’s fragile economy.

Furthermore, Mr. Moon appears to favour improving relations with North Korea, which has been a cause of concern for conservatives as well as relations with the United States. However, Mr. Moon commented on the possibility of war with North Korea in a recent interview, suggesting a departure from the typical liberal stance and comforting those who hope he will not acquiesce to North Korea’s nuclear plans. On the other hand, he has allowed aid workers back into North Korea and suggested he would not be opposed to a visit.

Beyond North Korea, Mr. Moon will have to juggle relations between China and the United States, as well as other allies and neighbours. The United States under President Trump has also departed from their typical anti-nuclear stance, by wavering between praise and distrust of Kim Jong-Un. Furthermore, China has recently put pressure on South Korea because of a new american anti-missile defence system, called THAAD. THAAD provides missile defense against North Korea, while strengthening the U.S. position in Asia, something that China strongly opposes. Coupled with more recent North Korean missile tests, Mr. Moon inherits complex foreign relations. So far, he has given little indication of how he will handle the situation.

While Mr. Moon offers a fresh direction for South Korea, he lacks a majority government. In the recent election, there were 13 candidates, with Mr. Moon winning with 41% of the vote, a 17 percentage-point lead and the largest winning margin in a South Korean presidential election. Despite a big win, Mr. Moon’s Minjoo party will have to ally themselves with another party to strengthen their position. The People’s Party, a centrist group who originally split from the Minjoo Party, may be the support they are looking for. The People’s Party supports THAAD and does not want to improve relations with the North. Furthermore, Mr. Moon’s most recent comments suggest a readiness to turn on North Korea and may be the beginning of a coalition.

While Moon Jae-in offers a step toward economic recovery, he has a difficult political landscape to navigate. But with promises to be a “president for all,” Mr. Moon offers greater stability for South Korea compared to five president-less months. Less clear is whether he will accomplish the grand regime change that he promised on the campaign trail.