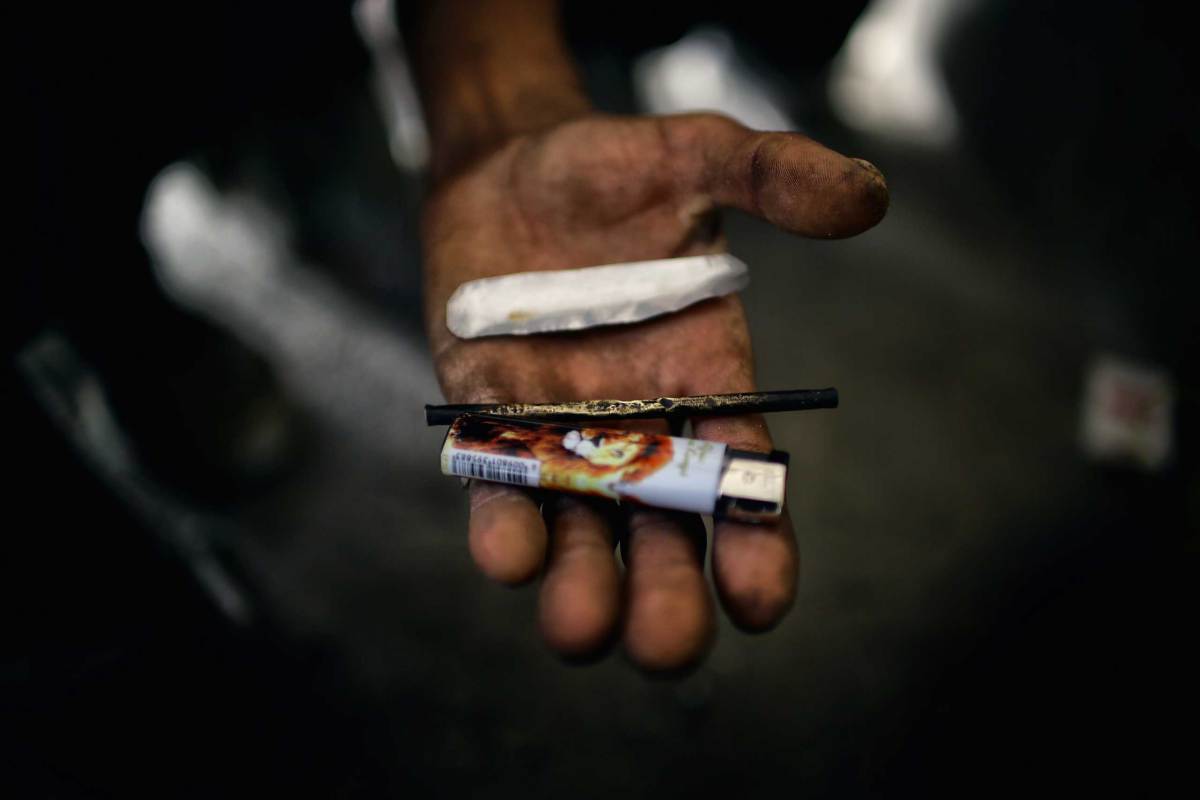 A universal tradition as old as the occasion itself, the New Year’s resolution is practised worldwide by individuals from all walks of life. People set the tone for the new year by making resolutions to resolve undesired traits, kick bad habits, and overcome past hardships. This usually comes in the form of promising to work out, learn a new language, or quitting alcohol or cigarettes. When you’re the leader of an entire nation, however, the impact and symbolism of these resolutions take on a significantly larger scale. For the President of the Philippines, Rodrigo Duterte, his 2017 resolution was the desire “sustain peace and development” for his country.

A full year later, some would say Duterte is on the right track to resolving the undesired traits of civil society, particularly widespread drug abuse. He came into office under the banner of eradicating the drug trade and consumption in the Philippines through force.  The numbers speak for themselves: among the many claimed successes by the government are the 118,000 ‘drug personalities’ arrested, over 2,500 kilos of crystal meth seized, and the 435 government workers apprehended due to their connections with the drug trade.

And yet there’s one statistic that the Philippine government and human rights groups have struggled to meet eye-to-eye on: the number of people killed in these drug operations. The Philippine government claims that 3,967 ‘drug personalities’ have been killed since Duterte started his term, while the Human Rights Watch believes the number to be around 12,000. The ineffectiveness of ‘wars on drugs’ has been discussed at length, with the consensus agreeing that they only perpetuate drug problems in the host country. At some point, however, we need to find realistic resolutions to this issue rather than flaunt nations’ failures. For 2018, we need to propose ways in which nations can address their issues with drug abuse.

The journey to finding this answer takes us to Portugal. Forty-four years ago, the Estado Novo, the isolationist dictatorship that reigned over Portugal, fell apart in a bloodless coup. For decades, the regime insulated Portugal from the outside world; its citizens generally did not leave the country except when its men served in its African colonies. One significant byproduct of Portugal’s isolationist policy was the public’s lack of awareness regarding hard drugs. When the regime collapsed, Portugal was struck with a wave of widespread drug abuse. Soldiers returned from former colonies with drug habits and smuggled substances, such as heroin. In the newly established democracy that followed, drug consumption was associated with the idea of freedom, and Portugal quickly spiraled into a crisis. Initially, the state treated drug consumption as a crime-related issue. Much like in the United States (and the Philippines), there was a strong cultural backlash that vilified drug use and the state set in place draconian policies to discourage its usage. Getting caught with drugs, whether that was heroin or marijuana, generally meant lengthy time behind bars and little in state-sanctioned treatment to overcome addiction. However, much like all the other nations that have fought wars on drugs, this came to no avail. By 1999, a staggering one in every 100 people were addicted to heroin and Portugal reported the highest rate of drug-related AIDS deaths in the European Union.

Then, in 2000, Portugal decriminalized the use of all drugs. Suddenly, drug abuse became a public health issue. Getting caught with drugs meant a fine and a referral to a treatment program. According to João Goulão, the architect of Portugal’s drug policy, the shift resonated with Portuguese society. As he puts it: “it was almost impossible to find a family that didn’t have a problem with a son or daughter, nephew or niece, or cousin, and the families knew they weren’t criminals, but people who needed support”. The outcome of its change in policy was widely successful. According to the Cato Institute, “by virtually every metric, the Portuguese decriminalization framework has been a resounding success.” Not only are drug usage rates in Portugal among the lowest in Europe today, drug-related pathologies such as death due to usage and sexually transmitted diseases have decreased dramatically. Drug policy experts attribute these positive trends to the Portuguese government’s enhanced ability to offer treatment programs. Addicts who were once afraid of seeking help due to fear of being reported to police could now face their obstacles with the knowledge that the state was not out to get them.

The main takeaway from Portugal’s experience was not that decriminalization solves a nation’s drug problems, but rather that it frees up resources for more effective responses to issues relating to drugs. Instead of investing a large number of resources fighting costly, pyrrhic wars on drugs— which have led to mass incarceration and have done little to decrease the demand for drugs— nations may be better off helping its most destitute by giving them the means to escape their addictions.

Treating drug addiction as a health issue that can be eradicated through medical assistance is constructive, but considering other factors, such as how people respond to their external stimuli, may be crucial in furthering our understanding of addiction. During the 1960s and 70s, America’s involvement in Vietnam had unanticipated consequences. In 1971, two US congressmen, Robert Steele and Morgan Murphy returned from Vietnam with startling news: over 15% of active soldiers were heroin addicts. Later figures would suggest that the number of servicemen and women addicted was actually closer to 20%, and 2 out of 5 American soldiers in Vietnam had tried heroin at least once.

This undoubtedly led to public panic, with the fear that these soldiers would return to the United States with their addiction in tow, much like what would later happen in Portugal. However, Lee Robins, a researcher who kept track of the veterans found that only 5% of addicts had relapsed a year after returning home. Common sense would dictate that a drug as addictive as heroin would have a greater proportion of its users remain dependent, but psychologists David Neal and Wendy Wood argued that just disrupting an addict’s environment can change their intake of a drug. Moving from a war zone to a quiet civilian life is a major shift in the environment that affected most soldier’s behavioural cues. American soldiers were devoid of the stimuli that triggered their heroin use in the first place. Without the culminating effects of their old environment, other heroin users, and the stress of war, American soldiers found it easy to break the habit.

While this didn’t work out the same way for the Portuguese soldiers returning from colonial Africa, it does display the complicated nature of addiction in itself. Drug users aren’t a monolith, and addressing addiction means understanding what drives people to abuse drugs. The trappings that lead to addiction in one nation may be vastly different from another. Medical anthropologist Gideon Lasco’s ethnographic research argues that the poor urban community in the Philippines are pulled into drug usage due to scarce income opportunities and harsh economic conditions. Shabu (the local term for crystal meth) not only allows people to stay awake so that they can work longer hours at night, but also alleviates their hunger, and ultimately provides them fleeting moments of escape from the hardships in their own lives.

Ultimately, fighting wars on drugs cannot go hand-in-hand with rehabilitation efforts. What helped Portugal succeed in diminishing its drug issues was a change in the publics’ perspective of addiction. Instead of treating addicts like criminals, the government treated addicts as individuals who needed help. While the Philippines has allocated resources to building drug rehabilitation facilities, they are sparsely used as drug addicts are unwilling to surrender themselves to a hostile government.  Unfortunately, the lack of success in rehabilitation efforts has led to the Philippine government to decrease its funding in rehabilitation by 75% and increase its funding for the Philippine National Police’s violent anti-drug campaign to the tune of 20 billion pesos (over CAD 500 million).

If President Duterte hopes to complete his 2018 New Year’s resolution and make his country more peaceful and developing, the answer lies in a shift in attitude and treatment towards the indigent in Filipino society. The best way to decrease drug abuse is to improve people’s lives– not just the lives of current addicts but also those at-risk. If we begin to recognize the state of addiction as a temporary health issue rather than a terminal disease that makes people “no longer viable as human beings in this planet”, we can instead focus on uplifting the lives of those affected. Providing access to addiction treatment, shifting social policies, altering the addict’s environment, and producing economic opportunities for the impoverished are arduous endeavours, but they are more likely to succeed than the false dream of perfection that waging costly wars on drugs promises.

But of course, placing the blame on the addict, much like taking drugs, just seems easier.