No Peace Without Inclusion: Indigenous and Afro-Descendant Circumscriptions in Colombia 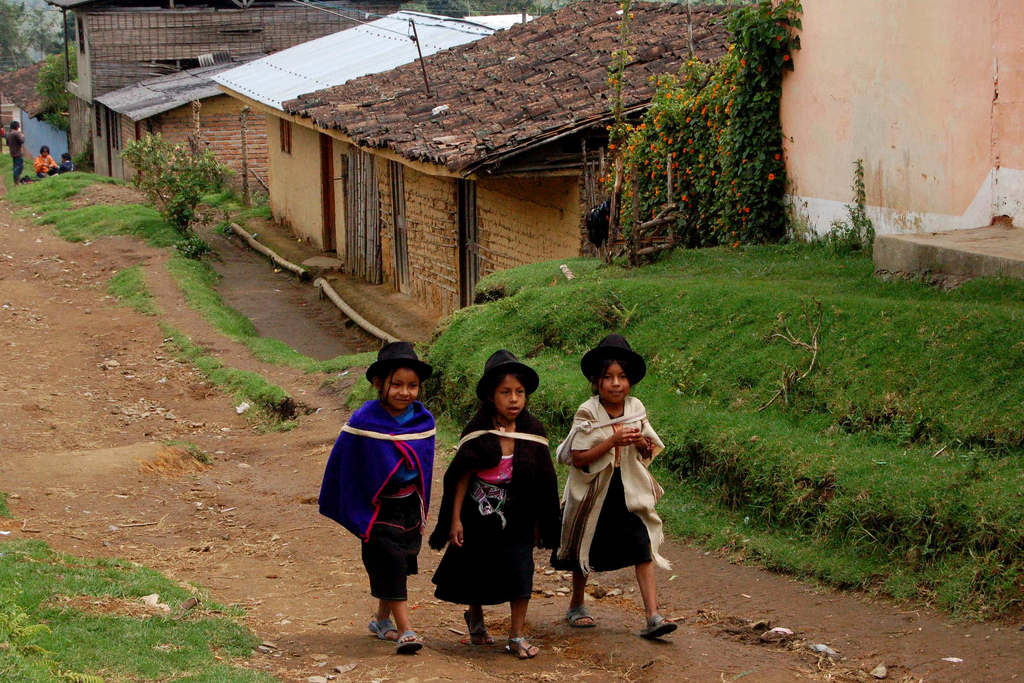 For the 2018-2022 period, two seats in Senate and one in the Chamber of Representatives will be given to Indigenous candidates, and two seats in the Chamber of Representatives will be given to Afro-descendant communities. According to the 1991 Constitution, which is still in effect today, indigenous, black, Afro-descendant and palenquera (Spanish-based Creole-speaking) communities must have a special political representation. This Constitution was developed by three political movements: the Liberal Party, the M-19 insurgency guerrilla and the conservative-oriented Movimiento de Salvación Nacional (National Salvation Movement). These parties agreed to have a tripartite presidency between each other. Historically, the political arena in Colombia has been characterized by political exclusion. Notably, during the National Front (1958-1974), the liberal and conservative parties decided to take turns governing, rejecting any other party or ideology from having the possibility of political participation. This National Front was in part what led to the development of many insurgency guerrillas throughout Colombia in the ’60s.

Since history must not repeat itself, giving political access to minorities by the 1991 Constitution is a fundamental right that should be maintained. Currently, the only indigenous party to have 1 seat in Senate is MAIS, the Movimiento Alternativo Indígena y Social (Alternative Indigenous and Social Movement), with Luis Evelis Andrade. The Chamber of Representatives has Representatives Antenor Duran Carrillo and German Bernardo Carlosama from the Autoridades Indígenas de Colombia (Indigenous Authorities of Colombia). Vanessa Alexandra Bustos for Consejo Cominitario de los Corregimientos de San Antonio y del Castillo (Communitarian Council for the Territories of San Antonio and del Castillo) and Álvaro Gustavo Rosado for FUNECO Fundación Ébona de Colombia (Ebona Foundation of Colombia) are the Representatives of the Afro-descendant and Palanquera communities.

As of March 8, 2018, 3.4% of Colombian inhabitants are indigenous and 10.4% are from Afro communities. Having witnessed the devastating effects of the armed conflict first hand, it is indispensable that the voices of these minorities are represented in Congress and that their proposals are taken seriously if Colombia is to reach a lasting peace. After all, peace without inclusion will not be possible, for oppressive structures by their very nature seek to dehumanize the oppressed and perpetuate violence. Indeed, many of the social leaders that have been assassinated since the signing of the Agreement were leaders from these communities.

Among the candidates for the Chamber of Representatives are Afro leader and human rights defender Francia Márquez, from the Yolombó village in the northern Cauca department. Her party is the Consejo Comunitario Yurumanguí (Yurumanguí Communitarian Council). She is an environmental and human rights leader who went to La Havana, Cuba during peace negotiations between the FARC and the Colombian government as a representative of victims of the armed conflict. Having led a mobilization of black women for the protection of life in the ancestral territories of northern Cauca and having fought against multinationals seeking to execute illegal mining projects, she has received death threats.

Another notable candidate is Feliciano Valencia, a Nasa indigenous leader from Cauca and a communitarian leader in his department. In his fight for the rights of his community, he has clashed with both the FARC and the government, with the latter putting him in prison after a police officer was allegedly kidnapped for two days (Valencia denies being responsible for this incident in an interview). Recently absolved by the Supreme Court of Justice, he is currently running for a seat in the Senate in representation of the MAIS movement. While Valencia celebrates the end of confrontations between the government and the FARC, he nevertheless questions the way in which things have been handled after the signing of the Agreement.

When it comes to the reincorporation of demobilized indigenous guerrilla members, Valencia says:

“That is a problem that has not been clearly discussed with the FARC or with the government. We are saying that independently – and this is where the clash is – that they define their offences in the transitional justice system (established by the Agreement), there are some offences that they have to respond to in the community.”

Furthermore, Valencia states three things: “1. When they return, we will have to apply justice to them 2. until they do not go through our justice they will lose their rights as indigenous members and 3. that the reincorporation to the community and the territory is defined by the Assembly.”

Clearly then, if there is to be peace, minorities need to be a part of this discussion with the government and should not be ignored. Indeed, when it comes to territorial control, Valencia claims that peasants have “already created its peasant security, we have the indigenous Guard, and the Afros have the Cimarron Guard. (…) If we do not clarify this we will hit each other.” To avoid the explosion of a new conflict, Valencia says: “We are already advancing. With the Afros we created the inter-ethnic committee of northern Cauca to discuss these matters, a common territorial agenda for land so as not to step on the cables of one another.” He adds, “We can no longer say this is indigenous land and only indigenous live here, or this is black land and only black people live here, because there are family ties (…) This is why we have planted the inter-ethnic and inter-cultural territories.”

Similarly, Congress should also be an inter-ethnic and inter-cultural space, and parties like the Indigenous and Afro-descendant should be getting the media exposure and coverage of the more “mainstream” political parties. I suggest the public consult the platforms of these parties so they can make an informed and inclusive political decision on Sunday.

The following parties are running for Indigenous circumscriptions:

The following parties are running for Afro-descendant circumscriptions: