Post-pandemic, should aviation be spared or climate goals prioritized? 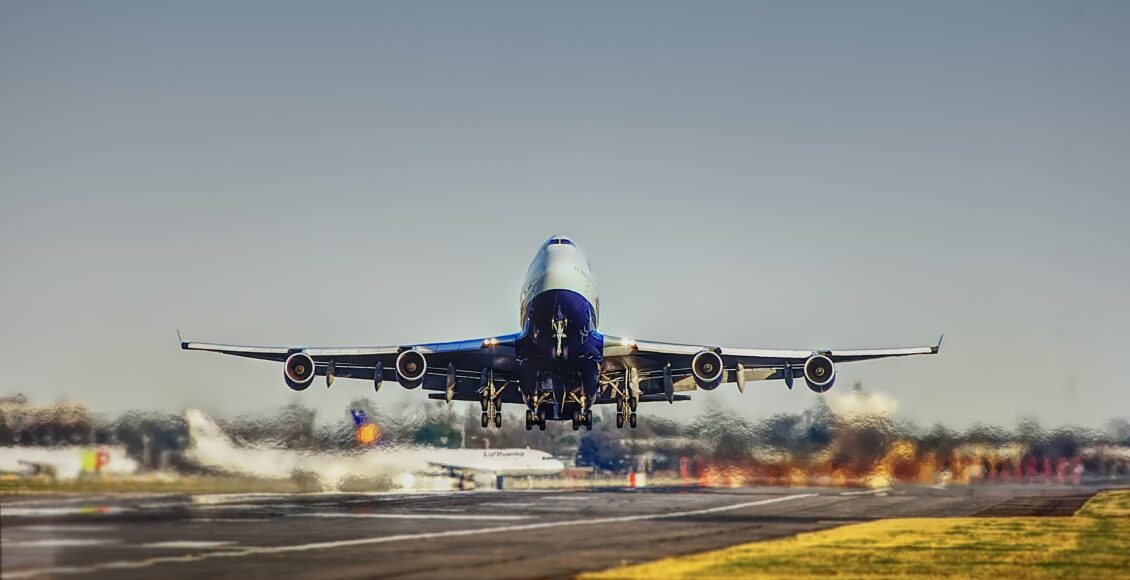 COVID-19 has shaken up the aircraft sector: from social distancing measures, to travel restrictions, flights have been cancelled due to an inability to fill up seats. The strategy of cutting flight offerings is short-term as it requires most airlines to  run at a loss. While airport technology companies are looking to make contactless airports, it is unlikely travellers will be ready to hop on a plane any time soon. On the other hand, that may be for the best; as a top carbon-emitting sector, a minimized flight schedule will go a long way towards reaching global climate targets.

On July 28, 2020, the International Air Transport Association (IATA) stated in a press release that they did not expect airlines to recover from the economic shockwaves of the pandemic until at least 2024. During the preceding spring and summer, air traffic plummeted by 50 to 80 per cent in most regions due to international and domestic travel restrictions. With recent announcements in Canada that social distancing will likely last another two years, it is easy to see why the prognosis for civil aviation is poor. To avoid increased costs due to low ridership during the pandemic, airlines have been quick to lobby against social distancing on planes and have looked to cut pre-pandemic carbon reduction plans. In fact, IATA’s members put forward a proposal in June to effectively defang  their only current plan to cut emissions.

Your Flight Plan Must Change with the Climate Crisis

According to the European Environment Agency, flight travel emits 285 grams of CO2 per kilometer, compared to 158 for road and a meager 14 for rail travel. The airline KLM even launched a campaign to encourage travellers to take the train for short trips as part of their own carbon reduction plan. Furthermore, in 2016, the International Civil Aviation Organization (ICAO) proposed a plan to cap emissions at their 2020 levels, onto which only 81 states have signed. Under a cap-and-trade system, which creates a de facto carbon tax, ticket prices would increase, causing revenue to decline: for every one per cent increase in ticket price, ridership would drop, according to conservative estimates, by roughly 0.65 per cent. Overall, however, the aviation sector overall has done little to reduce emissions: states failed to negotiate a global emissions scheme which would have included commercial airlines, which currently contribute 2.5 per cent of CO2 emissions globally, at the 2019 United Nations Climate Change Conference COP 25 in Madrid.

Many technological proposals for reducing emissions in the aviation sector exist, the most popular of which include developing greener fuel and electrifying planes. However, those projects are unlikely to unfold in the near future, since the same planes — which are extremely costly to manufacture — tend to fly for decades. To get their money’s worth, airlines will not retire older models that continue to meet safety and environmental regulations, suggesting that the impetus for change must come from outside the airline industry. Rather, to reduce emissions, humans need to change their behavior: takeoff and landing procedures need to be made swifter, governments need to increase fuel taxation, and most importantly, each of us needs to reduce the frequency with which we fly. The concept that air travel needs to be minimized is new, but catching on: last year, Greta Thunberg made the concept of ‘flight shame’ – “flygskam” — a buzzword when she chose to sail across the Atlantic Ocean.

With airliners floundering, the demand for aircraft is expected to fall. However, the civil aerospace sector in normal times is capital intensive: Airbus and Boeing, based in France and the United States respectively, have been embroiled in trade disputes due to subsidization since 2004.The crux of the dispute is that both countries claim the other is unfairly subsidizing their national aircraft manufacturer to help it gain a more competitive edge. However, when one looks more closely at aircraft manufacturing, Bombardier and Embraer, Canadian and Brazilian firms, have also been supported by government loans over the years, leading to trade disputes.

We have fully complied with all WTO requirements. This final step shows Airbus has left no stone unturned to find a solution. It is a clear signal of support to those suffering from the severe impact of tariffs imposed by the USTR – especially when also hit by the COVID19 crisis. https://t.co/c1t6Y1LCKv

A simple explanation for the close connection between governments and national aircraft manufacturers has two prongs, each leading governments to be more sensitive to the industry’s lobbying efforts: they create national prestige, and they work closely with government procurers in national defense and government-owned airlines. Upon closer examination, however, it is worth exploring why such powerful, connected firms are in need of government funds in the first place. With only two major players in the industry both needing immense amounts of government aid to stay afloat, perhaps the problem is that aircraft manufacturing is a natural monopoly. Essentially, if the market can only support one profitable firm, in equilibrium, there is only one firm. Looking at the past decade in profits, Airbus and Boeing have seen similar patterns of years of medium to large losses balanced by periods of success. When in the research and development and early manufacturing stages, the companies require large amounts of cash to stay afloat, which is when national governments step in with loans to develop new aircraft as Germany did for Airbus in 2000. The US Senate’s March 2020 stimulus package includes $17 billion USD that will go to companies in aerospace and defense — like Boeing — in addition to $58 billion USD for cargo and passenger planes.

Between 2014-2017, Boeing and Airbus delivered roughly 1700 annually, however orders are running ten years behind schedule. As high tech products that require a high degree of investment in research, development, and training for operators, aircraft manufacturing is an example of an industry with increasing returns to scale. But on account of the pandemic, multiple aircraft manufacturing plants have shut down, which will reduce Boeing and Airbus’ ability to reap those returns to scale. Furthermore, with the decline in demand for planes due to low ridership, the ability of the market to support two profitable firms may come into question. An added stressor is the fact that China’s COMAC is a rising star in aircraft production, and is, like many other Chinese firms, closely connected to the government. As such it will be increasingly important that France and the US cooperate if they want to preserve at least one, or both, Western firms.

If it were a country, commercial aviation would be in the top 10 global emitters of CO2 globally. So, the silver lining of the current moment is that grounded planes contribute to lowering global emissions. In May, an international study showed that global emissions fell between 11-25 per cent due to pandemic restrictions, the single largest annual drop in emissions ever. While aviation may be able to survive climate change if it evolves, it will look nothing like it does today, and, regardless of technological change, the sheer number of passengers will need to be reduced. The question is whether aviation should be bailed out during the pandemic, or if failing companies should be left to die.

Our video explains why going flight free is a great way to reduce your emissions and inspire social change. pic.twitter.com/6J9SHYaoOP

The immediate response by governments has been to support airlines with aid, some of which is in the form of loans. In Canada, airports have been funded, but abroad, in the United Kingdom, United States, France, Germany, aid is going directly to airlines. Regardless of this support, aerospace will be forever changed by the pandemic. Many airlines will not survive the suppression of international travel for multiple years, and falling demand for planes will change the face of aircraft manufacturing, an important employer for many Canadians. Whether the world is ready to sacrifice air travel or other pandemic-affected sectors for their health, or for the climate, remains to be seen.

The featured image “airplane-2745898_1920,” by bilaleldaou, is licensed under a Pixabay License allowing digital commercial reuse without attribution.