What happens when the European Union's strongest member goes against the wishes of the Union? 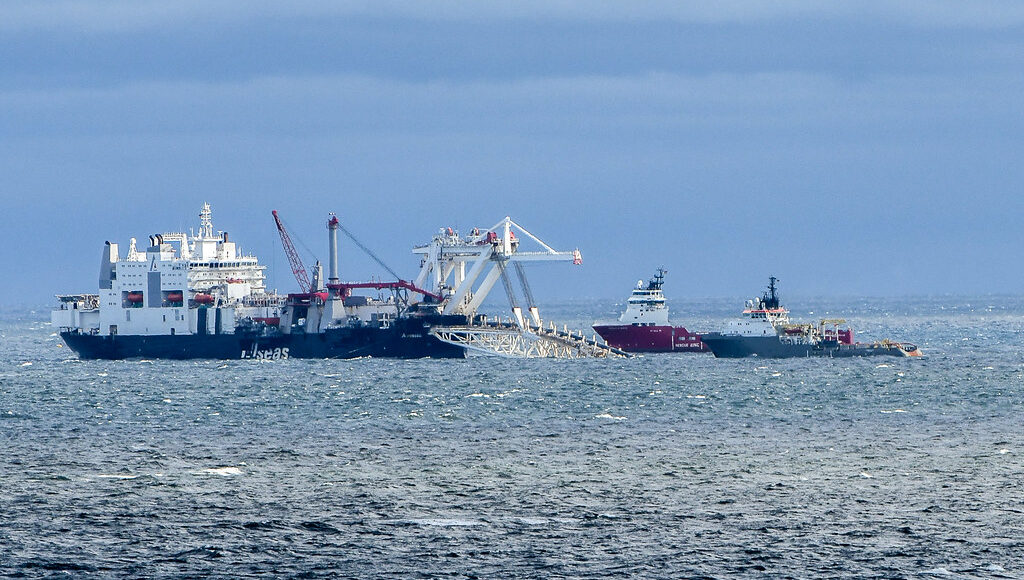 It was easy for the European Parliament to pass a resolution condemning the arrest of political activist Alexei Navalny earlier this year after being apprehended while returning to Russia. What proved more challenging, however, was following up on the threat of renewed sanctions against Putin’s regime. Outlined in the resolution was the demand that the ongoing construction of a major gas pipeline, Nord Stream 2, “stop immediately.” Two staggering problems stand in the way of implementing this sanction. First, the $15 billion infrastructure project is already 90 per cent complete. Second, the EU’s most influential member, Germany, would very much like to see Nord Stream 2 be completed. There is little that the EU can do to force the hand of a sovereign state, especially that of Germany. In fact, in this neighbourhood dispute, the United States has the best chance at stopping the pipeline’s construction, a fact that is unlikely to make Europhiles smile. Effectively, Nord Stream 2 acts as a painful reminder that the EU is easily paralyzed and does little to augment the voices of its many members in the face of powerful opposition.

This is not the first controversy faced by the Nord Stream 2 project. Originally planned to begin construction in 2014, the pipeline was designed to transfer natural gas from Russia’s northern fields across the Baltic Sea, straight into the European economic core in Germany. That same year, the Russian annexation of Crimea forced the project to a grinding halt as European sanctions piled onto Putin’s regime and Gazprom, Russia’s state-owned energy giant. This sparked vehement debate among European Union members, fomented by a lack of clear common security or energy policies. The bulk of the opposition to the project stemmed from concerns regarding the pipeline’s security implications in the Baltic sea and eastern Europe. Russia was accused of trying to bypass the transit fees imposed by countries such as Ukraine by instead shipping gas across the sea. Revenues from these transit fees amount to 3 per cent of Ukraine’s GDP, making the possible loss a significant one. This allegation was specifically worrying given that Nord Stream 2’s volume capacity exceeds that of all existing Russian gas exports to Europe through Ukrainian pipelines, essentially allowing Russian gas to bypass Ukraine entirely with room for further growth.

Indeed, Nord Stream 2 would give Russia increased geopolitical leverage through the ability to cut off gas supplies to Ukraine without shutting down all of its European exports. Pipelines have already proven their strategic value in the aftermath of the Crimean annexation: Russia cut off gas supplies to Ukraine, leading to a sharp rise in prices. Poland, close in both time and space to Russian aggression, has shown concern at the prospect of Russian manipulation of gas supplies for political purposes. Similar resentment was exhibited in the Baltic states. Overall, opposition formed over a common idea: the undesirable consequences of giving Russia more influence in Europe. Most recently, Navalny’s arrest reinvigorated the debate, bringing new countries into the fight against the pipeline.

There are also benefits to this new pipeline, which explains why Angela Merkel remains committed to the project despite regional concerns. First, the absence of transit fees and improved efficiency would lead to a drop in gas prices. Second, German companies have already invested large sums of money into building infrastructure, and jobs have been created, making a late withdrawal costly. Third, Germany’s peculiar energy situation warrants the expansion. Having shut off its nuclear power plants after the 2011 Fukushima disaster, the country has re-activated much dirtier coal plants, damaging sustainability efforts. Natural gas, although it is a fossil fuel, is cleaner than coal and can serve as a stopgap measure until more renewable sources of energy are built. Thus, Germany would benefit from Nord Stream 2, regardless of the impacts on the rest of Europe.

The structure of the European Union favours debate but makes collective action extraordinarily difficult, especially when the country breaking the status quo has the EU’s strongest economy. There have been many conversations and public declarations, but Germany’s ambitions are hardly threatened by its fellow member states. Nonetheless, the United States, under both Biden and Trump, has strongly been against the project. The US opposes the pipeline for many of the same reasons that other European countries do: a rational understanding of Russian power plays. However, the US might stand to lose even more than its European counterparts from the pipeline. The country is a net exporter of natural gas, much of which is sold to Western European nations, including France, the UK, Italy and Spain. This market would be threatened by the increased availability of cheaper Russian gas. In an attempt to stop the construction of Nord Stream 2, the US has sanctioned individuals, boats and companies involved in the project, and gone as far as threatening sanctions against German companies. Unsurprisingly, these threats were not well received by Chancellor Merkel, who demanded that the US back off and threatened counter-sanctions.

Today, construction on Nord Stream 2 moves forward at a frantic pace. The pipeline is almost fully built, but with possible new sanctions on what Joe Biden has called a “bad deal,” the finalization of the project remains uncertain. What is certain, however, is that the US still wields more influence on the outcome of key European issues than European countries divided among themselves. The EU emerged from the 1957 European Economic Community, an alliance whose purpose was to facilitate trade among its members. The Nord Stream saga shows that the EU is still very much a trade bloc first, and a political union second. Its institutions were not built with the purpose of administering European foreign diplomacy, yet recently the union has been called to fill in that role more and more often, in situations ranging from the Iran nuclear deal to Brexit. As the international power balance changes in a multilateral world, European voices need to coordinate in order to carry significant weight. Together, this union could be a strong actor on the world stage, but a house divided cannot stand.

Featured Image: Pipelayers off the coast of Rügen, Germany. “Nord Stream 2 Rügen 181007 369.jpg” by juergen.mangelsdorf is licensed under CC BY-NC-ND 2.0.