North Koreans As Clickbait: Changing the Narrative to People Over Politics 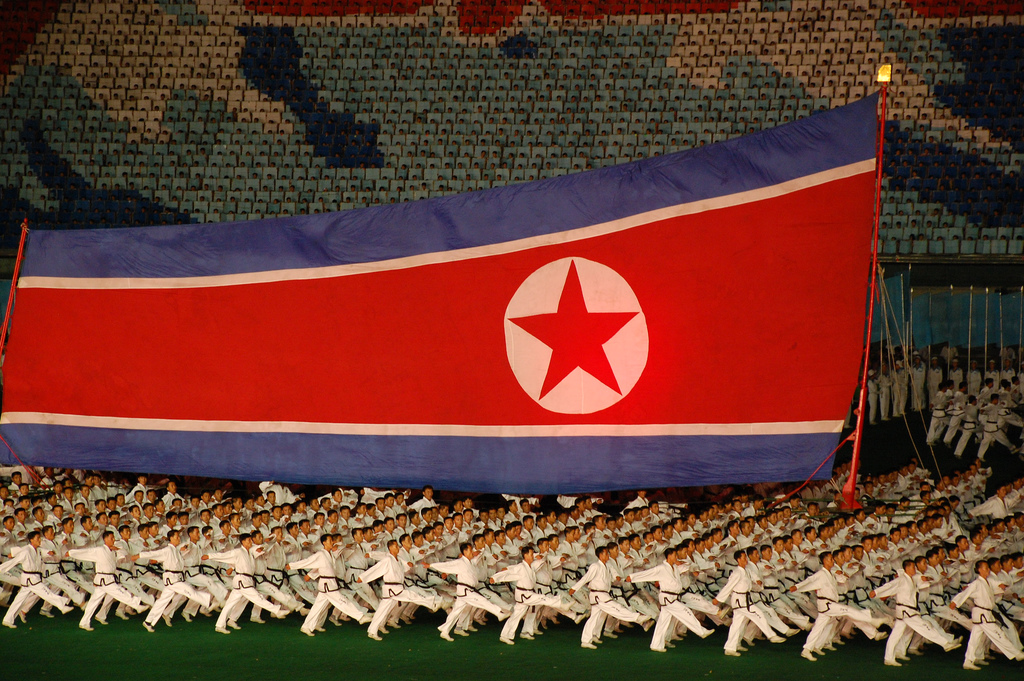 There is a problem with how North Korea is portrayed in our society. The only news that makes the mainstream news channels are headlines that will increase ratings and views, which in the case of North Korea consists of the Kim family dynamic and the constant threat of a nuclear attack. At the same time, popular culture has made North Korea’s authoritarian government both a notorious and comedic specimen, with the spotlight focused on the current leader Kim Jong-Un. The Internet is the perfect example; it is littered with memes, videos, and even blogs making fun of North Korea’s oppressive government and ruling family. One popular Tumblr blog called “Kim Jong-Un Looking At Things” is exactly what it claims to be: a page full of photos of the controversial leader gazing at and interacting with something as mundane as soap, to professional basketball player Dennis Rodman. This is only one of many examples that exist on the Internet, casually tossed around so often without thinking of the social consequences that arise from seemingly harmless jokes.

On a much larger scale, one needs to look no further than The Interview, a controversial comedy released over the summer that centres around two journalists played by Seth Rogen and James Franco. The two men are recruited by the CIA to set up an interview with Kim Jong-Un and to assassinate him. Although the movie was made to capitalize off of an audience that finds great humour in making fun of North Korea, the intention to make a comedy of this country does not suit well for everyone. In a recent article published by Vice News, when a North Korean refugee named Daniel was shown the trailer to the movie, he turned it off ninety seconds in and said, “Not funny.” North Koreans do not see the leader as a joke, but as a society we have been blissfully failing to consider an entire population in need of international help that is not being provided. Once again, the focus remains on the outlandish Kims rather than the average citizens living in North Korea.

The mainstream media does occasionally pay attention to the North Korean populace, but not in a way that is beneficial to the social stigma already surrounding the country. Citizens are mistakenly portrayed as crazed and brainwashed followers with an undying loyalty to the ruling government, when in reality, the people do not blindly obey every command from the authorities. This is portrayed in one of the few factual documentaries, Frontline: Secret State of North Korea, which is a footage smuggled out of North Korea. There is a scene in the film where an officer tries to stop a woman from picking up passengers in the back of her truck. Instead of listening, she retaliates and tells him off in a harsh tone, asking him what kind of officer he was if he didn’t wear any stars on his uniform. A similar incident occurs when a woman wearing pants is told by officers that what she is wearing is inappropriate. This woman angrily asks them why they are only targeting her when there are other women around them who are wearing pants. Despite the officers’ attempts to non-violently subdue her in a firm verbal manner, she continued to persist and question their authority. People are actually becoming more willing to confront authorities when they believe a law they are convicted of infringing is irrational, given that the issue is not political. This is especially the case for elites who have enough agency to voice their discontent with the regime.

From here one must call to attention why this representation (or misrepresentation, rather) of North Korea has such a negative impact on the livelihoods of North Koreans and the foreign assistance that they receive. There is simply a lack of insight or focus on the situation’s urgency and legitimacy at the international level. For example, according to the organization Liberty In North Korea, 70% of surveyed Americans had not heard of the famine in North Korea, while 50% were unaware of North Korea’s prison camps, where conditions are comparable to Holocaust concentration camps and the gulags of the USSR. People face public execution for watching South Korean films and lending the DVDs to friends, something that is considered a very serious crime in North Korea. Even with these human rights atrocities, the social reputation that is upheld by the media outside of North Korea prevents us from learning about the disturbing nature of the North Korean lives.

There needs to be a shift in how North Korea is depicted in our society, from its politics to its people; and Liberty In North Korea is an organization dedicated to that. Their mission includes helping refugees settle into their new lives as well as changing the narrative from the politics onto the people. Its website and blog aim to inform those who are both familiar and unfamiliar with the North Korean conflict, making it an excellent source for anyone who is interested in this issue. By acknowledging that altering the mass perspective is key to initiating a rise in the urgency at which we treat this problem, they include their agenda which detail the methodology they plan to utilize in achieving their goals.

Even though our society has the resources available to learn about North Korea without the bias of popular culture, it is more comfortable to see North Korea in the way most of us do now. This is not just a matter of tradition, but also because it is easier than admitting that the outside world is responsible to act as a catalyst for change in North Korea. In other words, perpetuating these stereotypes of North Korea as both a laughable regime and a hopeless dystopian part of our world dehumanizes the situation, making it difficult to empathize with those suffering under the Kim regime. Although the action needed to bring about significant change for the North Korean people is daunting (it costs $3,000 to rescue one refugee and settle them into a comfortable new life), the only way to start is to garner international attention toward the stories about North Korea refugees, which continuously prove to be remarkable and horrifying. In the Vice News article mentioned previously, one nineteen year old describes his escape from North Korea, including the thousands of miles he had to travel alone and the difficult process he had to endure before finally securing a job as a sushi chef in the San Francisco Bay Area. There is also Seongmin Lee, a refugee who settled in Toronto, who has widely shared the details of his life living in North Korea, such as executions, smuggling defectors, and lawful punishment for watching South Korean shows and movies which are illegal in the country. Many other refugees have their own stories to share, each with a lesson to be learned about the dynamics of the North Korean regime. It is these voices that need to be heard, voices that paint a genuine portrait of life in North Korea. That way a proper dialogue can begin, replacing the one that is based on a North Korea built from the stereotypes of poorly researched American film producers.

Asides from international assistance, Frontline: Secret State of North Korea suggests that interior networks are key in order to begin the process of change from within the country. In the Middle East, access to social media sites like Twitter strengthened movements. North Korea does not yet have such a tool, but with the wide introduction of cell phones, foreign movies and TV shows and various products from the international market, the wall that keeps North Korea hidden can become more permeable. Given the resistance and tensions regarding unhappiness with the regime, there is great potential that something significant could happen in the future. It is only a matter of changing both key internal and external factors, which will come as a result of time.