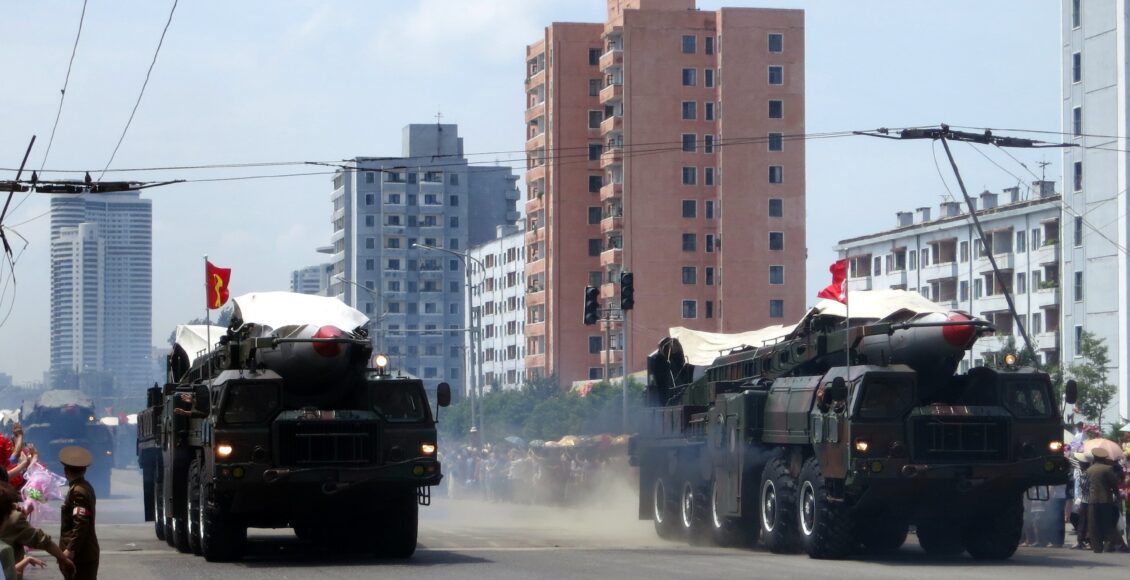 Relations between the United States and the Democratic People’s Republic of Korea (DPRK) are subject to change following the election of a new administration, marking one of the American government’s most enduring questions since the Cold War’s end: what position should be adopted by the incoming administration in regards to its foreign policy with North Korea? Despite the array of stances that past presidents have taken, none have yet managed to sign a lasting agreement with the North Korean capital of Pyongyang regarding their nuclear arms program and its possible disarmament. In light of the North Koreans launching two short-range ballistic missile tests on March 25, 2021, one of the Biden administration’s primary concerns remains in determining what foreign policy approach they will adopt to respond to the recent test launches.

In a news conference that same week, Biden acknowledged the launch and stated that he was prepared to retaliate; whether it will be through a demonstration of equal force or diplomatic efforts is yet to be announced, but he made it clear that the end result would be denuclearization. Although Pyongyang’s actions were not unexpected, the downsized provocation this time around seems to demonstrate increased willingness for discussions on the part of North Korea. Nonetheless, demilitarization talks between the two nations remain stalled, and have been since February 2021, with North Korean president Kim Jong-Un insisting that the United States drop their “hostile policies” — the sanctions imposed as a result of North Korea’s weapons programs — before they consider coming back to the bargaining table. While top officials within have hinted that a reduction in the North Korean nuclear arsenal could likely occur in the future, it will only happen if the United States is truly amenable to compromise, and on the DPRK’s terms as opposed to theirs.

Since the end of the Cold War, American administrations have struggled to settle on a definite foreign policy stance towards North Korea. The development of the nation’s nuclear capacities under current president Kim Jong-un, who took power in 2011, have long posed a serious security threat to the United States.

Upon Obama’s election in 2009, the North Koreans took action in much the same way they did this past March when Biden entered office, pressuring the administration with missile launches. However, Obama faced the test of a nuclear bomb equivalent in size to the one dropped by the United States on Japan during the Second World War, leaving North Korea increasingly isolated as they faced international backlash for this decision. Nonetheless, amidst the rise of security concerns for world powers, Obama’s approach was not one of action in the short term: instead, he adopted a technique that became known as “strategic patience,” in which he planned to let international sanctions slowly cut off North Korea’s “sources of outside revenue” to force them into denuclearizing. In reality, this furthered the North Koreans’ agenda, pushing them to continue increasing their nuclear arsenal and missile testing in retaliation. In an ironic twist, this strategy — originally aimed at decreasing the nation’s nuclear capabilities — actually engendered its exponential intensification and rendered the region an even more dangerous security hotspot than previously, increasingly threatening its overall stability.

Obama’s successor, drastically different in every aspect of his leadership and foreign policy stances, took a contrasting approach in the relationship with North Korea. The start of Donald Trump’s presidency experienced test launches as well, although unlike Obama, Trump’s highly reactive personality led to an upshoot in tensions as he made threatening retaliatory comments, warning North Korea that they would be “met with fire and fury” if such behaviour continued. As a result, the year was marked with rather tense relations between the two actors. Despite this, the administration’s decision to adopt a definitive foreign policy, one of “strategic accountability,” aided in bringing the US-DPRK relationship back on track by the next year. Trump’s technique, which revolved around the idea of placing “maximum pressure” on the North Korean regime to force its denuclearization, was composed of two different approaches within itself. His first action, which utilized the combined force of economic sanctions from the US and nuclear bans from the United Nations to restrict North Korean capacities, only resulted in increased tensions, as neither country was willing to stand down.

The turning point within this environment was largely due to South Korea, whose willingness to enter diplomatic talks with Pyongyang opened the door towards “leader-to-leader dialogue,” what Trump later credited as the reason for his beneficial relationship with Chairman Kim. This fostering of improved relations led to three in-person meetings between Trump and Kim Jong-un — Singapore in June 2018, Hanoi in February 2019, and Panmunjom in June 2019 — and the near-achievement of a signed compromise. However, disagreements regarding the concessions each side was supposed to make abruptly terminated the discussions, a situation worsened by the DPRK’s break with their promise to stop missile tests when they launched dozens in February 2019. This has been the closest attempt of an American administration to reach a settled agreement with North Korea, although its ultimate failure means that this foreign policy question remains a top concern for the current government.

Considering none of President Biden’s various predecessors were successful in their endeavours towards a long-term solution regarding North Korea’s denuclearization, the chance that he follows in one of their footsteps is unlikely. His focus, as per statements he has made concerning the current situation, will be on ensuring a cooperative stance between allies and countries with the South-Asian region — primarily South Korea, Japan, and China — as they work towards a definitive ending of North Korea’s nuclear capacities. These nations’ capitals are “concerned by the actions and activities of North Korea”: Seoul and Tokyo have offered their support in diplomatically approaching the situation, and while Beijing has been less forward in its involvement, the US believes they will be the most critical actor in possibly making true strides forward with Pyongyang.

Considering the important trade relationship connecting North Korea and China, it is in Beijing’s interest to collaborate with the United States on demilitarizing the DPRK. The increased sanctions that would be imposed on North Korea would negatively impact their own economy, a factor which essentially ensures their eventual involvement in aiding the US. Nonetheless, the lessened hostility of the current environment could be beneficial in starting with a more neutral conception of the opponent, but only if negotiations occur now, as the North Koreans have made it clear that they will not accept their demands being ignored for much longer.

The United States’ policy review, which will determine the Biden administration’s approach in regards to Pyongyang’s demands, is set to be complete within the next few weeks. However, the possibility of either side starting on even a relatively comparable list of stipulations is unlikely, especially considering how US policy experts have stated that Biden will probably not be willing to make concessions following the North Korean show of force in March. Breaking the diplomatic stalemate between the two nations will either require a drastic compromise by one of the governments, or the adoption of an incremental approach as the US foreign policy for this administration. Considering both actors are increasingly hard-set in their positions, the likelihood that a step-by-step compromise arrangement will become the sole possible resolution is quickly rising. Under the rather tense current circumstances, this proposed solution — both sides simultaneously and progressively yielding to their opponent’s demands until a middle point is met — seems to be the most conceivable long-term plan.